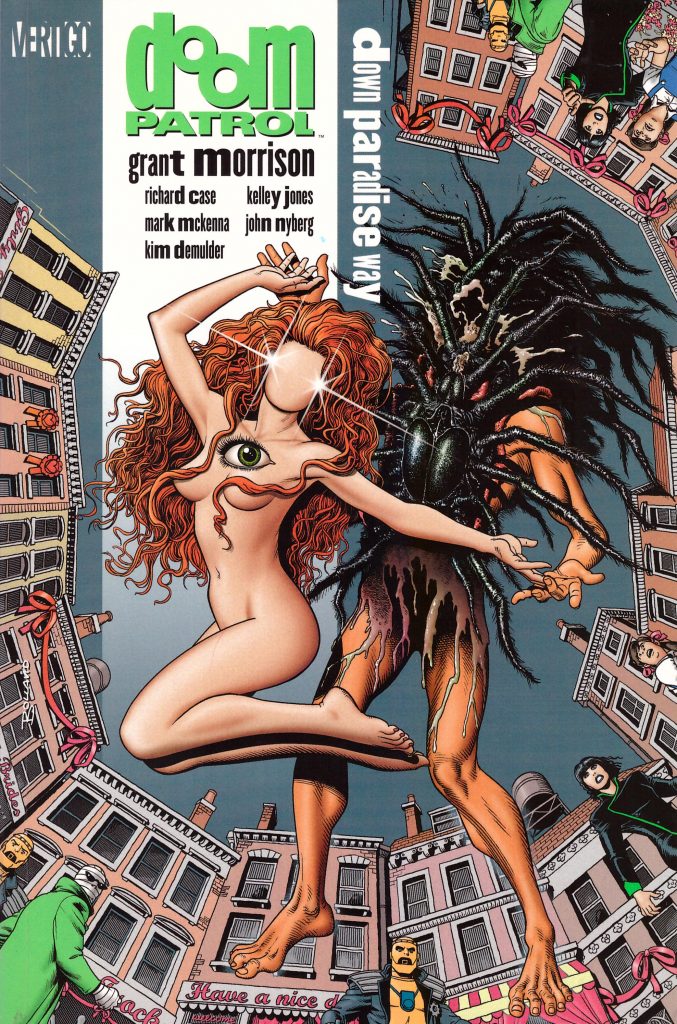 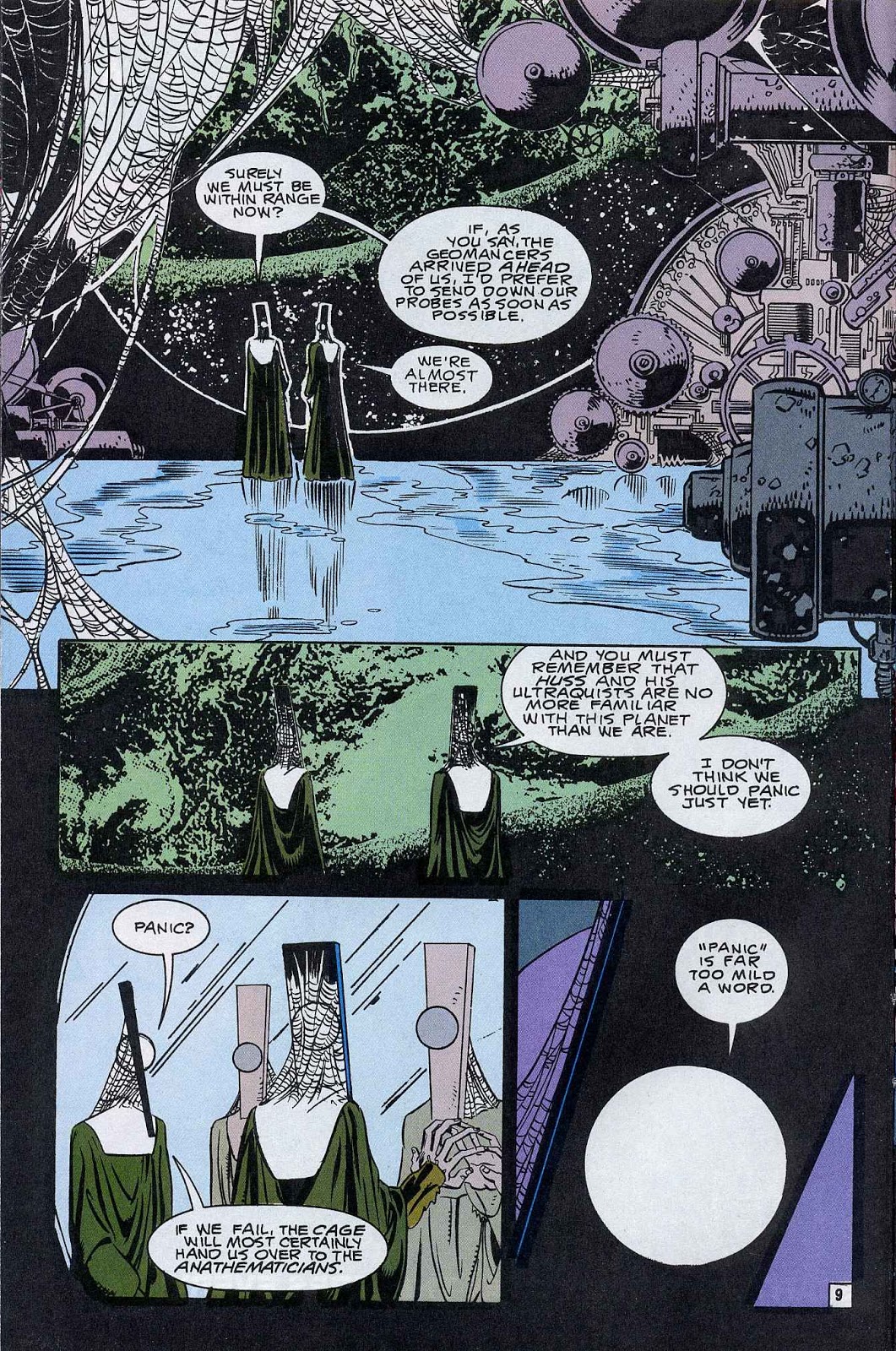 Since taking over Doom Patrol Grant Morrison had been stuck with the problem of the unwanted Rhea Jones, conveniently generic residue of the overtly superhero team he inherited. His solution was to drop her into a coma, during which he used her imaginatively without waking in Crawling From the Wreckage. She was almost entirely absent from The Painting That Ate Paris, but by this collection Morrison had settled on her fate, helped by the switch of Doom Patrol from DC’s standard line to the more pro-actively adventurous Vertigo imprint. This allowed for a faceless naked woman who shifted her eyes onto her torso and back, and was attuned to the Earth’s pulse.

Artist Richard Case’s design work on Down Paradise Way has its moments, with the agents of the Orthodoxy seen on the sample art the best of them, a mixture of geometric shapes and long black cloaks with spider webs very effective. For the second collection running he also has to redesign Cliff Steele’s mechanical body and comes up with a horror. Beyond that, he’s expected to visualise the unimaginable, and how does any artist cope with that?

Read out of context, which is of course never the way to read, some of Morrison’s dialogue is an astonishing blended gibberish: “Unfortunately the Hussite Geomancers of the Kaleidoscope pre-empted us. The pupa has been subtracted and taken into the Kaleidiscope.” There is a self-awareness about this, but a skill Morrison possesses in spades both in Doom Patrol and subsequent projects, is to suck you into his world and convince utterly that the subtraction of the pupa is a disaster. Of course, it helps to have the imagination to follow up with mind-expanding ideas such as wars fought by rooms full of psychic telepaths or by the weaponisation of dreams. These are just throwaways, by the way, not fundamental to the plot, but providing it with a conceptual richness. At it’s core, though is a celebration of the absurd, constructs of immense importance to alien beings that are ludicrous viewed from the outside.

Before there’s anything about Pupas and Hussite Geomancers, we meet Danny the Street. No more should really be said. It’s another fantastic idea, this time exploited over two charming chapters as Morrison takes a skewed look at inclusiveness.

Down Paradise Way is the first Doom Patrol collection where Morrison has begun to foreshadow events to come other than as siungle page epilogues. He’d been writing the series for eighteen months by this point, presumably finally confident the series wasn’t about to be cancelled, so entirely self-contained stories were no longer essential. Much points toward the truth about Flex Mentallo, to be found in the following Musclebound. As ever, the alternative is to gorge on the entirety of Morrison’s Doom Patrol in the single hardcover Omnibus or pick this up combined with Musclebound as Doom Patrol Book Two.