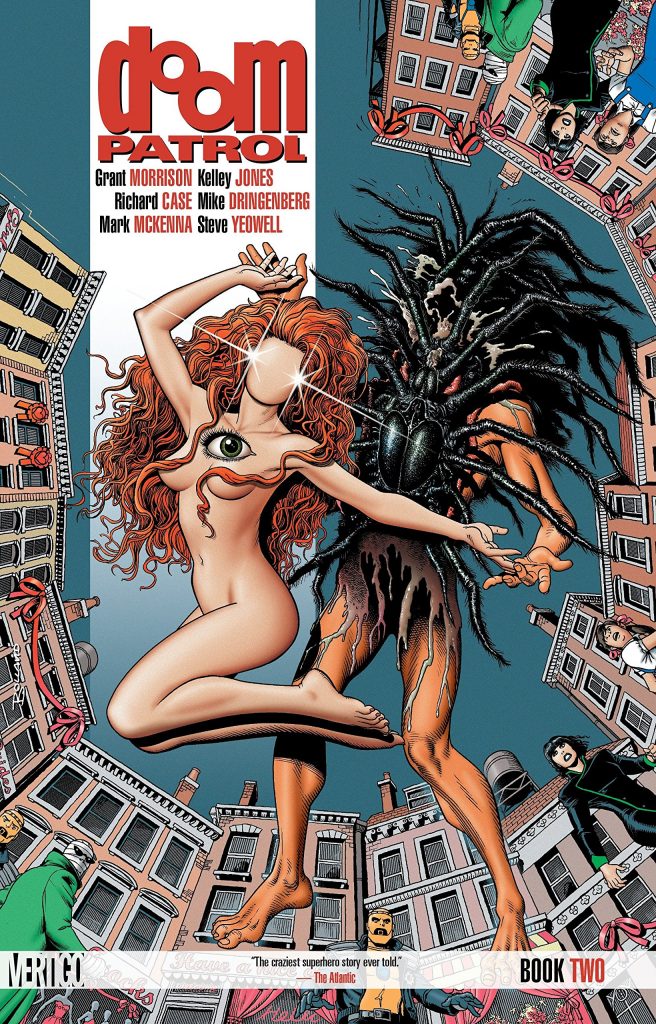 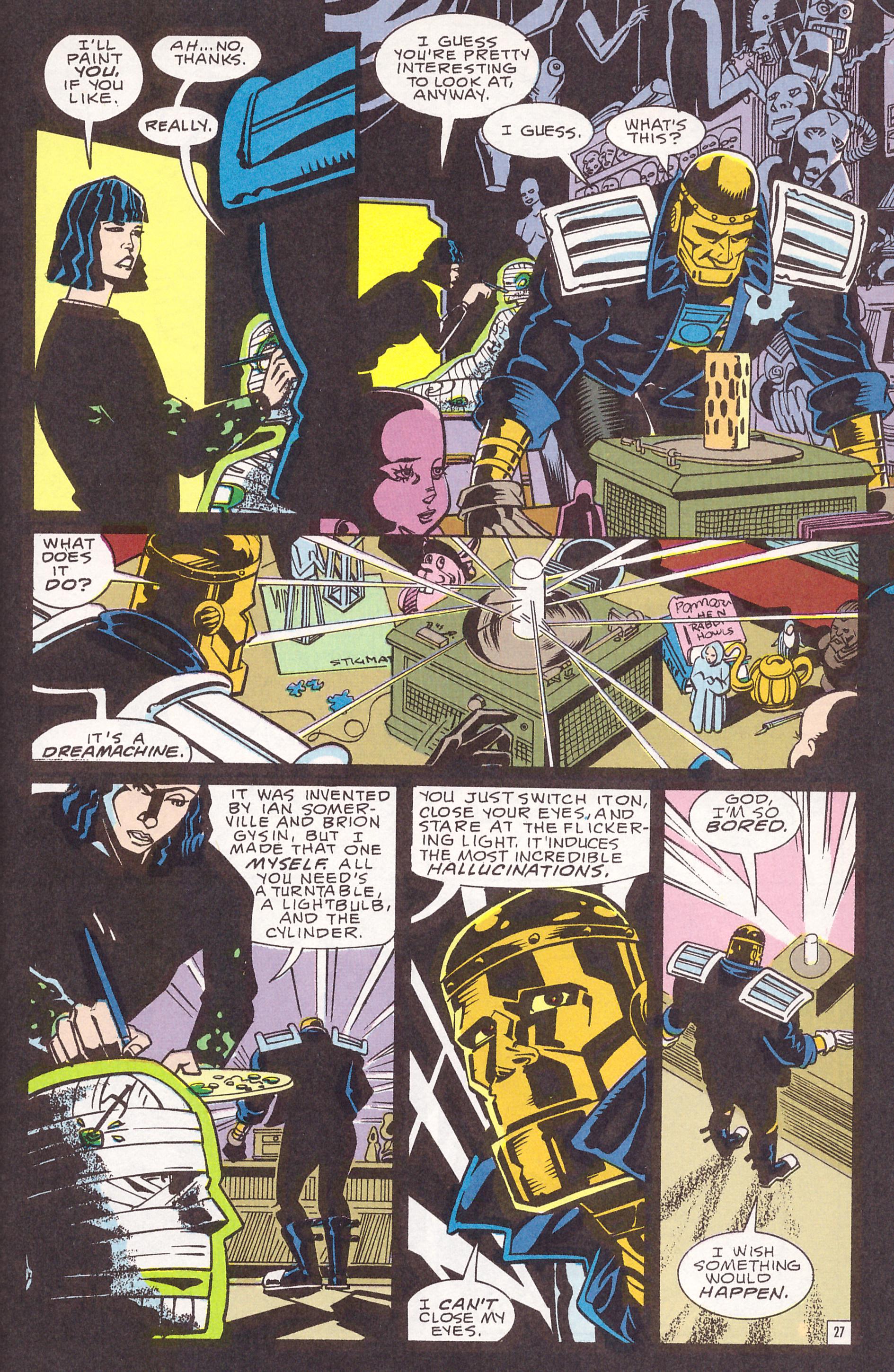 Having introduced himself on Doom Patrol with an astonishingly creative spurt, toward the end of Book Two Grant Morrison begins to slow down a little, to become too self aware, perhaps straining a little to continue what seemed so effortless. That’s over the content first seen in paperback as Musclebound. Before then it’s business as usual, in what was released as Down Paradise Way. We’re introduced to the Doom Patrol’s newest member, a teleporting transvestite street, just in case there was any thought that the well of absurdity was running dry, followed by conceptual genius in relating an endless war between two powerful races essentially having a philosophical tiff. That exemplifies a talent of Morrison’s, able to convince with the most frightful string of technobabble, as he also disposes of an unwanted member of the Doom Patrol’s superhero incarnation he inherited. This isn’t by a method as simple as just killing Rhea Jones, as the series is founded on transformation, so transformed she is, into a naked all-powerful being who emerges from her coma now lacking facial features and with one eye transplanted between her shoulders and the other on her back. Now giant-sized, natch. The visual interpretation is helped by this story coming from the period when Doom Patrol had switched to the Vertigo imprint, allowing for a more adult exploration of themes and emotions.

Richard Case still handles the bulk of the art, but several others step in for a single chapter. It’s Jamie Hewlett’s wonky cartooning that’s the best match for Morrison’s visions, with Rian Hughes and Steve Yeowell both also good, and some of Case’s design work impressive. His pages also look better when he’s left to ink his own pencils. As psychedelia is a component of the later stories here, colourist Daniel Vozzo comes into his own.

There’s a strong idea behind Flex Mentallo, that of taking as real the Charles Atlas ads populating so many comics for decades from the 1950s, but Morrison, usually so convincing, takes his satire of blind US patriotism too far. It’s are rare series element that’s now dated and clumsy. That also applies to Morrison’s explorations of sexuality, groundbreaking in the 1990s, but now transmitting as slightly tawdry and exploitative as far as his treatment of Crazy Jane is concerned. It’s well intentioned, attempting to explain why she’s so fractured, but clumsy. And the farce of ‘The Beard Hunter’, a Punisher pastiche, is also ordinary. Those are the exceptions, however, as so much here still amuses and amazes, and there’s a conceptual density, with Morrison just throwing in ideas in passing that other people would build a series around. Read all of those narrative captions and be astounded. This is also available along with the remainder of the series as The Doom Patrol Omnibus.