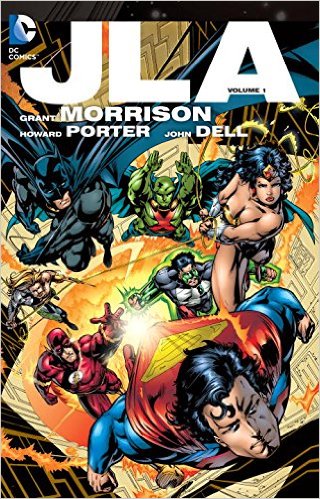 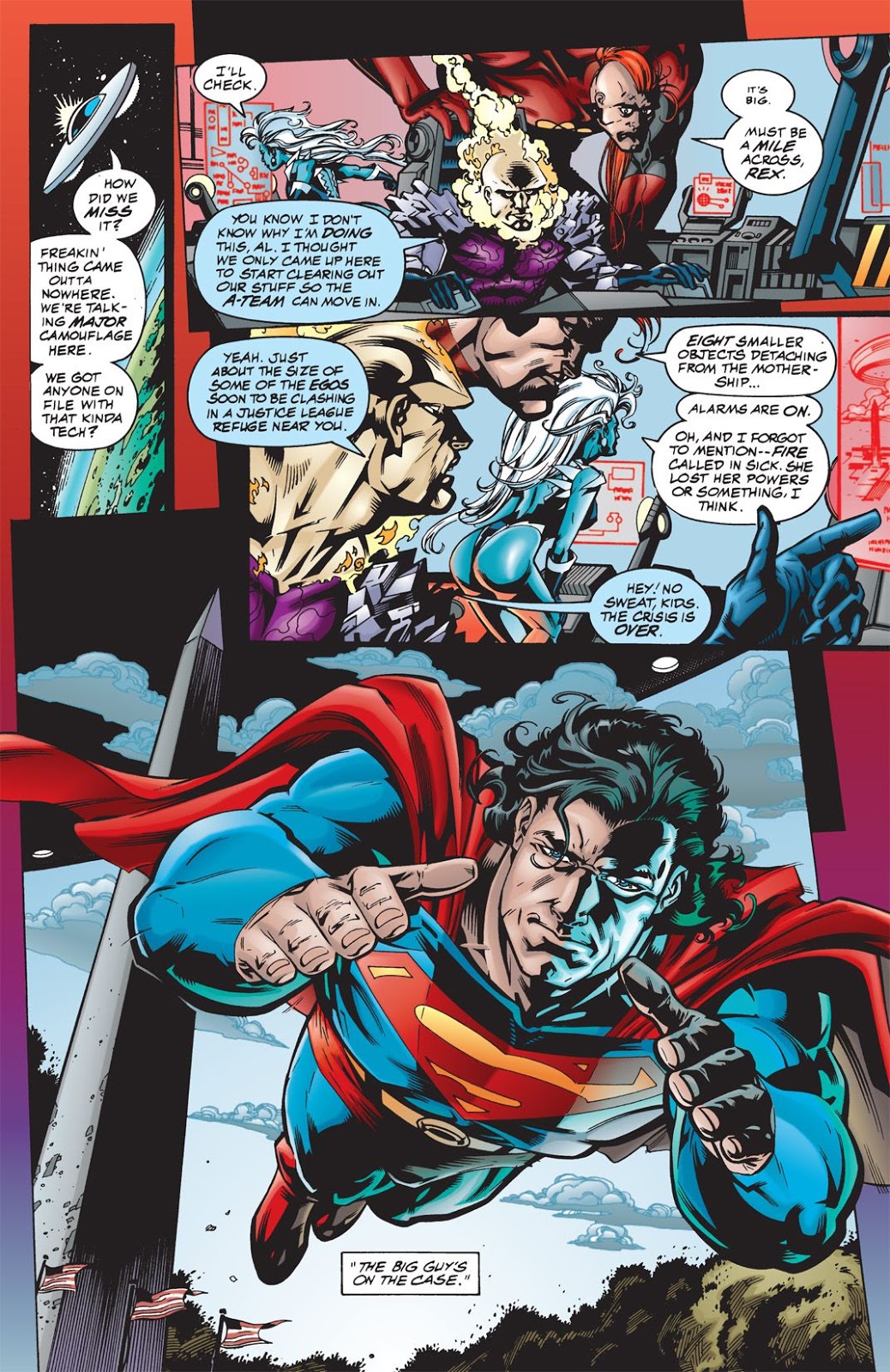 When does Intervention become Domination?

You’d think there was not much capable of defeating the combined powers of the Justice League, but in Grant Morrison’s opening run he repeatedly tests the strength of his re-booted super team, pitting them against enemies who often decimate and overpower them. In the first story arc the Justice League are very nearly destroyed by the Hyperclan, a seemingly benevolent group of similarly supernatural beings who claim to wish to save the earth by ruling it fairly and destroying the social, economic and moral problems that surround it. Much to the disbelief of the Justice League, the Hyperclan prove overwhelmingly popular and humanity start to question the need for the JLA. Although the story unfolds and secrets are revealed about the new group, the narrative raises the question of the limits of superbeings, asking when aiding humanity becomes controlling them? And where do we draw the line? It’s a concept often examined in the genre, the superheroes follow a cycle of fighting to save the world, fighting against evil, but is that necessarily the right thing to do? As Superman concludes, humanity must set its own path, “we can’t carry them there, we can only catch them if they fall.”

The various other stories focus on similarly complex themes, from a man vs machine storyline, to a comatose criminal with the power to corrupt and control the minds of the league. Each challenge raises new difficulties and questions about the League’s role. The opening volume offers interesting insights into the League and asks difficult questions,but given the fast-paced, action-packed style of the JLA, these are often left unanswered for the readers to solve. Morrison and artist Howard Porter (who draws the majority of the run) work well in unison, the dramatic and exciting rhythm of the narrative matched with the bold, vibrant and ever-changing imagery.

If you are seeking a fun, action-filled graphic novel full of your favourite DC superheroes then you are looking in the right place. Morrison understands the superhero better than most comic creators and his love and passion for the genre shines through in the epic storylines. The only criticism is that sometimes it feels too much. Condensing all the big characters of the Justice League alongside various new and equally big characters can be a lot to handle. It is far from his best work, but regardless if you are a fan of either Morrison or the Justice League you will not be disappointed by this.

Those who’d prefer to sample a slimmer book can also find the content in earlier collections broken down as New World Order and American Dreams.