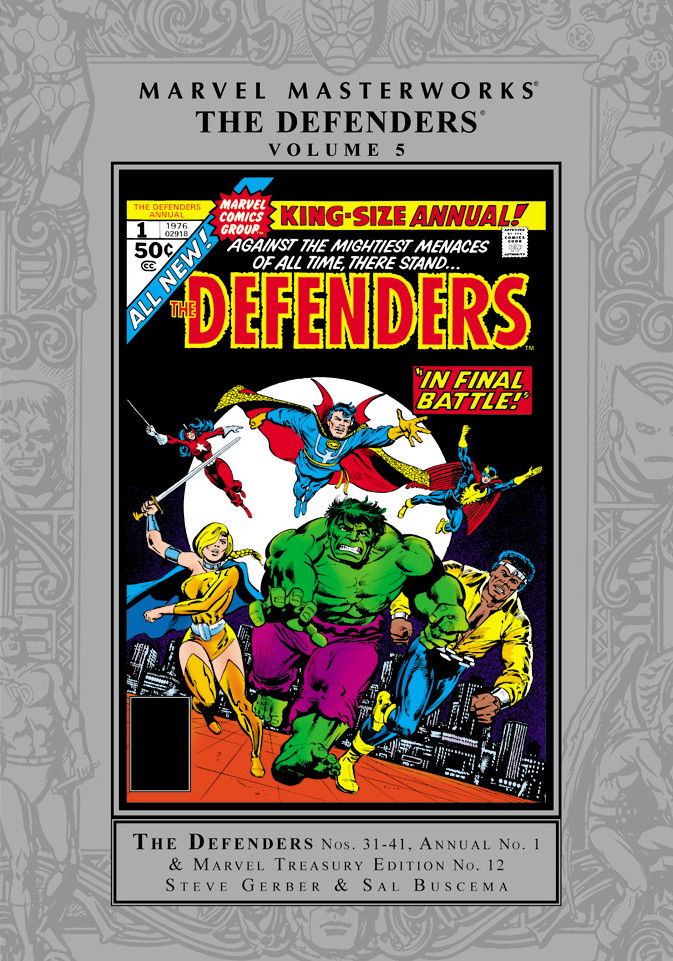 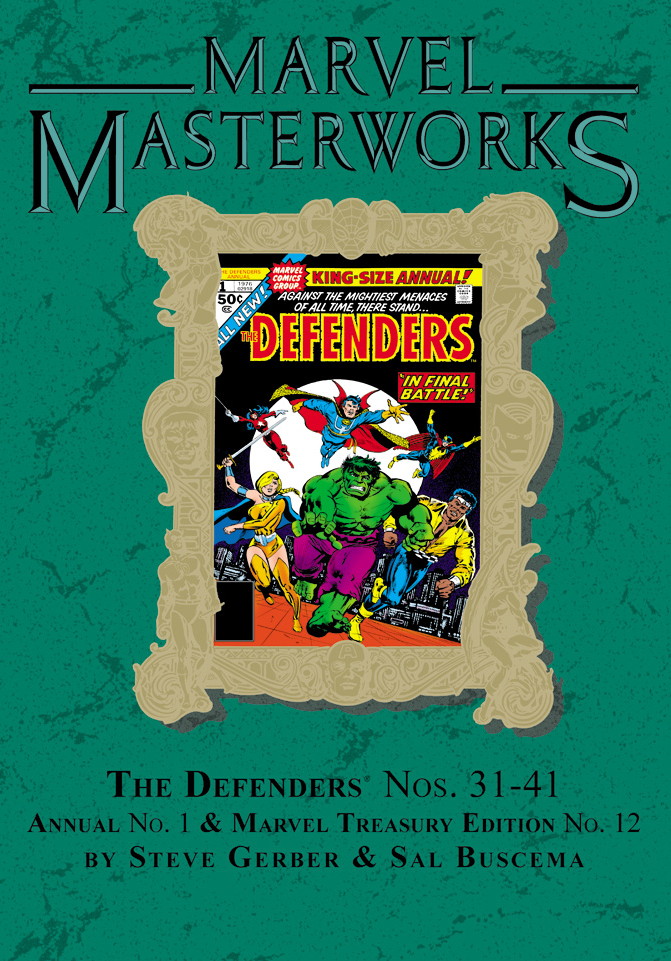 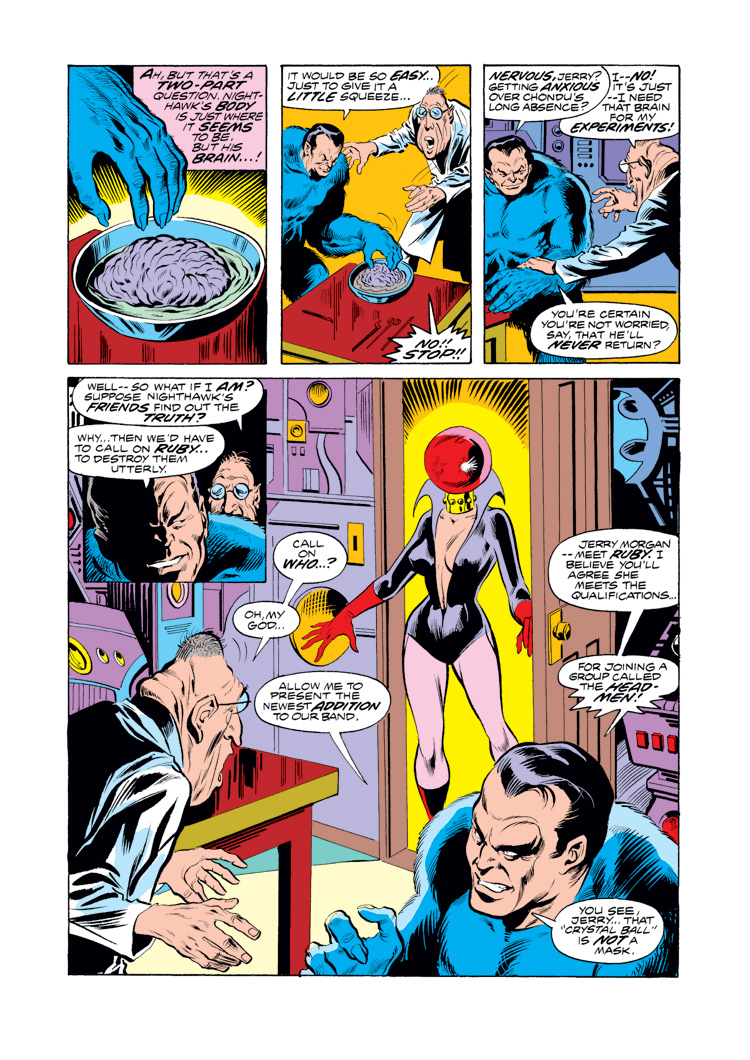 Steve Gerber’s period at Marvel between 1972 and 1978 was one of constant invention and pushing at boundaries. His imagination exceeded any of his contemporaries, and being from a generation that grew up reading the first flush of Marvel comics it was fuelled by both those comics and the many recreational indulgences available at the time. The price was that not everything worked. See Essential Man-Thing for proof that entirely misguided pap could be sifted into some masterpieces. The preceding Defenders material in volume 4 displayed Gerber’s more disciplined side, providing compelling superhero dramas that never strayed into the overly weird. Here he walks the plank, and there’s a very strong case to be made that this is his finest work, Howard the Duck notwithstanding.

As Stuart Moore notes in an informative introduction, Gerber’s best writing is very personal. In turbulent times he had an opinion, and while rarely resorting to outright preaching he found a way of getting his points across. In the Defenders his mouthpiece was most often Kyle Richmond, ostensibly rich, handsome and successful, yet unfulfilled, even by his superhero career as Nighthawk.

It’s with Nighthawk that we begin the wild and sprawling saga that occupies most of this book. He’s been captured by the Headmen, a group of bizarre villains Gerber introduced in volume three, and informed he’s about to undergo a brain transplant. It’s far from the final transference in the ever-escalating lunacy of an alien masquerading as a new age guru, villains improving their efficacy by undergoing a form of therapy, cheerleaders in clown masks accusing New Yorkers of being bozos, a new Russian superheroine, the Hulk besotted with a fawn, and an elf with a gun. Among other things. It’s a heady brew that would seem to be spiralling well out of Gerber’s control, but he pulls it all satisfyingly together as eleven chapters conclude. Moore quotes an interview with Gerber in which he reveals that for him the hardest aspect of any comic was writing the next issue blurb. The spontaneity keeps the strip fresh, and it’s every bit as strange and wonderful as it was in 1975, partly because Gerber rarely resorted to thought balloons.

The pencil art throughout is by the solidly dependable Sal Buscema, whose clear storytelling is given a grittier edge when Klaus Janson takes over the inking. Buscema takes the assorted lunacy thrown at him and presents it as if standard superhero material, so accentuating the effect.

Gerber’s swansong on the Defenders title isn’t as accomplished, with strong character sequences cut through with the far weaker, but compulsory, superhero plot. Thankfully this wasn’t his final opportunity to use Doctor Strange, Hulk, Valkyrie and Nighthawk. With the iconoclasm of Howard the Duck at its popular peak Gerber was given an oversize Treasury format comic to boost Howard’s campaign for the presidency in 1976. Instead he uses it for a satire of the superhero tropes he’d grown up with, but now left behind. The villains encountered and the obstacles faced – a picket fence, tennis balls – take the surreality a step further than even the previous epic, yet it still fulfilled the brief of providing superhero entertainment. Until the emergence of Grant Morrison fifteen years later it was a fine line no other mainstream comic writer could straddle.

The Headmen saga is a gem of a story finally receiving the presentation it deserves. It can also be found in black and white along with plenty of Defenders material by others, some it surprisingly good, in Essential Defenders 3.