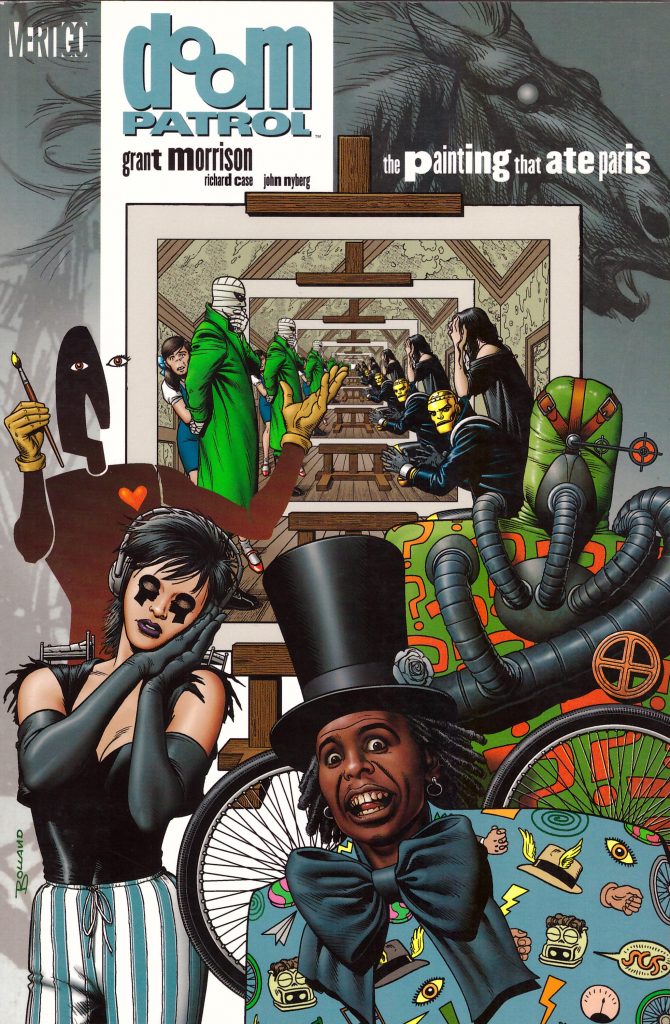 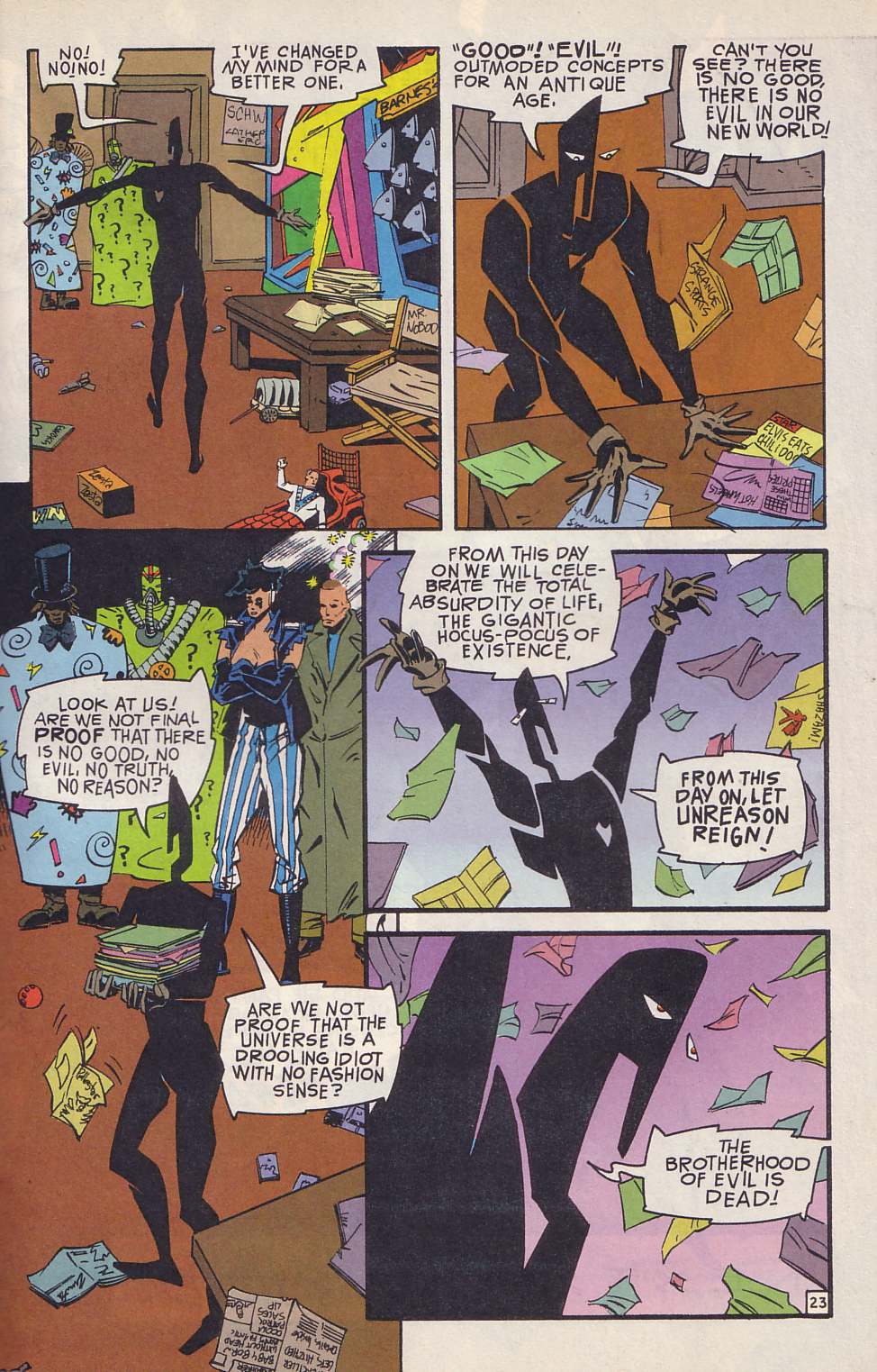 Grant Morrison’s second batch of unconventional superhero stories display as much vivid imagination as those supplied for his opening Doom Patrol shot, Crawling From the Wreckage. The original Doom Patrol confronted the Brotherhood of Evil, but for this incarnation the Brotherhood of Dada is more appropriate, a bunch of villains limited by the absurd, exemplified by one of their members having every super power you haven’t thought of. Their leader Mr Nobody is the person you sometimes see in the corner of your eye. They’re the bunch who stole the painting that ate Paris and brought it to the city in the first place, and to accentuate the difference to standard superheroes Morrison has some Justice League members of the time stand around looking at the painting, entirely clueless as to where to begin retrieving Paris. When the Doom Patrol dive in Morrison contrives a kaleidoscope of shifting weirdness bolstered by reference to just enough obscure names to bolster belief.

While artist Richard Case copes well with some psychedelic pages, he doesn’t quite get to grips with presenting the ideas to their best advantage. Morrison’s concept for the title painting, for instance, is that it incorporates levels equating to artistic styles, yet there’s little difference between any of the variations as drawn by Case. At this point, though, after a year working with him, Morrison can tailor his scripts to an extent toward what Case can draw. A metaphor of Crazy Jane’s personalities being arranged as if the linked stations on a transit map with Cliff Steele’s disembodied mind travelling between them on a subway train works. So does a simpler design for Steele’s metal body, and the simultaneous exploits of psychic detective Willoughby Kipling.

Kipling is Morrison’s distorted satirical version of John Constantine, smug, drunk, cowardly and irritating, and prone to sweeping obscure statements as if noting something as obvious as the sky’s colour. He’s the one wrong note in what’s otherwise a further fountain of conceptual entertainment. He doesn’t quite work without the realisation that he’s actually based on Richard E. Grant’s performance as Withnail, and even then his presence is no effective homage, but an overbearing intrusion.

Far more successful is an utterly farcical final offering featuring old Doom Patrol enemies the Brain and Monsieur Mallah, an evolved ape. It’s a slapstick romp lacking even a pretence of seriousness, a sort of Carry On Doom Patrol as if Talbot Rothwell has taken over the scripting to supply the innuendo and one-liners.

The Brotherhood of Dada story is Morrison’s finest on Doom Patrol, four chapters of sublime narrative rule-breaking hilarity. The remainder is flawed in comparison, but still presents more offhand thought provoking ideas on a single page than some acclaimed writers manage in an entire graphic novel. If only the art were more imaginative. Down Paradise Way is next, or the entire series is collected in the hardcover Doom Patrol Omnibus. Alternatively Doom Patrol Book One pairs this with Crawling From the Wreckage.