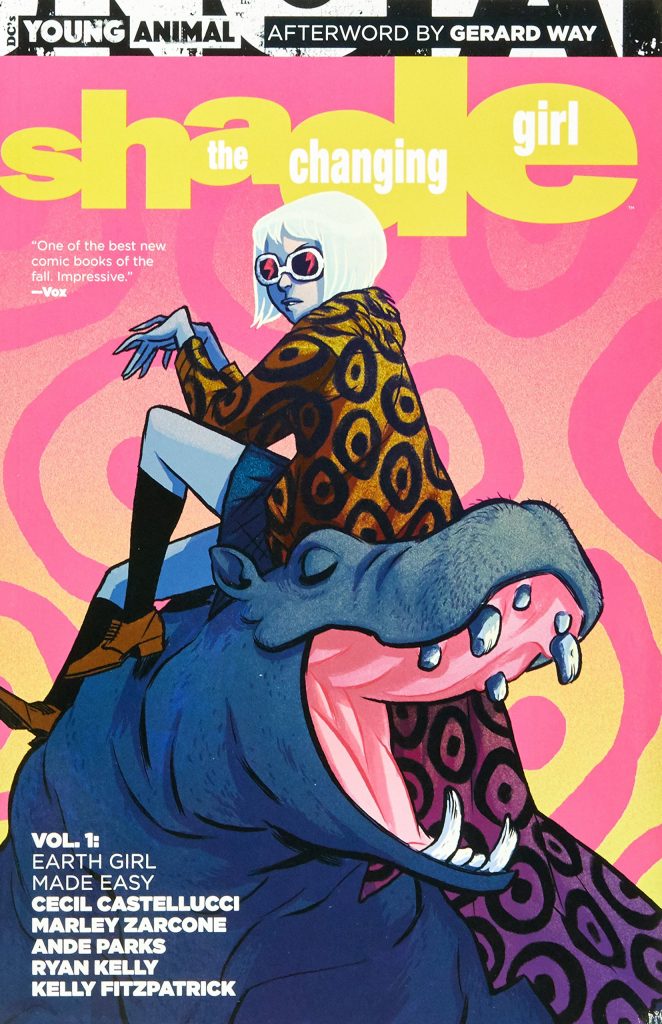 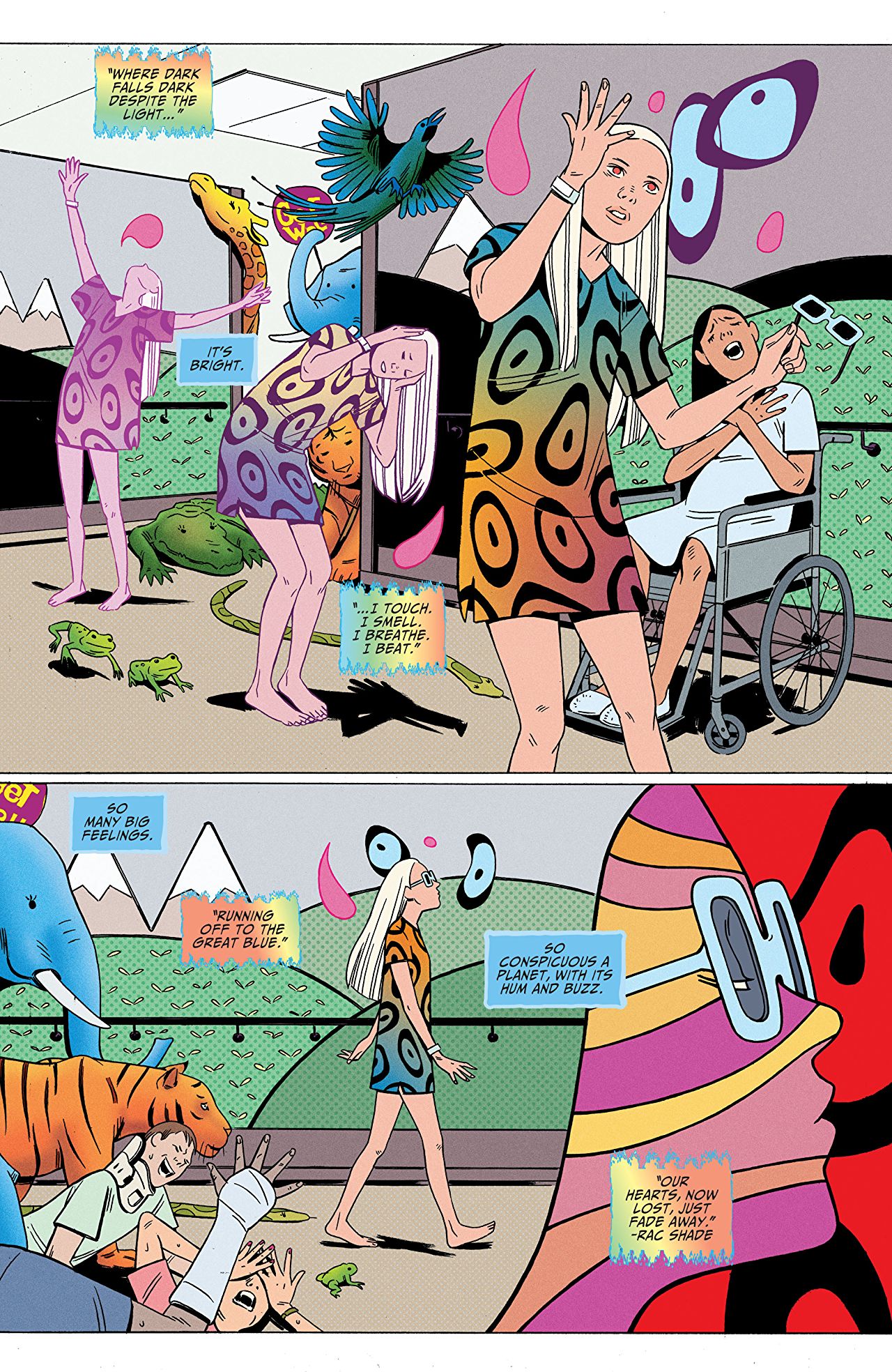 In either of its two previous incarnations Shade prioritised the surreal, uncanny and innovative, and to some extent that’s true of Shade the Changing Girl, which sees alien Loma Shade occupy the body of unpleasant Earth teenage girl Megan Boyer, displacing her comatose personality.

On her home planet of Meta, a place hosting an extremely odd cross-species genetic mixture, Loma is a form of bird woman. Discontent with her life, she’s drawn to museum exhibits of planetary hero and poet Rac Shade, who wore a distinctive coat of many colours when he transported himself through the madness zone to Earth. Loma has help in accessing this coat, and there’s enough residual energy that her spirit is also transported. Her possession revives Megan’s body against all medical expectation, and so Loma’s journey begins. A nice early touch is her complete honesty about being a different person.

Shade the Changing Girl picked up almost universal praise when serialised as comics, and it would be nice to join the chorus and acclaim Earth Girl Made Easy as a stimulating read that sparkles with originality, but that would be dishonest. There are two primary stands, that of Loma adjusting to life on Earth, simultaneously attempting to suppress energy from the madness zone seeping out, and the reactions of those who knew Megan previously. She was a thoroughly unpleasant bully. Her victims on the synchronised swimming team played a significant part in her previous comatose condition, and are anxious about her return. A spacy Loma tries to acclimatise and control the madness while becoming aware that she’s despised without being able to figure out why. Cecil Castellucci’s plot works toward dramatic emotional points, then kills them stone dead by resorting to more madness seeping out. This is accompanied by one note characterisation where people drift away if they’re no use for whatever’s going on. We learn almost nothing about Megan’s parents, who, given the circumstances, should barely be off panel, yet are treated as a narrative inconvenience, and while events playing out on Meta may have later significance, here they’re clumsy inserts, toward the end constantly retreading the same ground.

There can rarely have been such a contrast between the consistently impressive weirdness of Marley Zarcone’s art as vibrantly coloured by Kelly Fitzpatrick, and the strained whimsy of the writing. Zarcone embeds Loma in a surreal world that’s forever morphing, and rises to the challenge of Loma’s emotional state influencing the world around her, devising inventive visual effects. The supporting cast are invested with appropriate personality, but Zarcone’s weak spot is movement.

A road to redemption begins in the final chapter, which is the most engaging since the shock of the new in the first. A personality that’s been sidelined (of necessity in this case) re-emerges, and while all too easily dealt with, it’s a story that finally changes the pace and breaks the patterns.

Several really obscure DC characters feature in largely anonymous back-up strips, three pages not enough to do any of them justice.

Earth Girl Made Easy is an attempt to stitch something different together rather than repeating the same old comic tropes, and that’s appreciated. It’s coasting, however, all in the presentation as Zarcone and Fitzpatrick make the book look so good it obscures the truth. Loma’s story continues in Little Runaway. 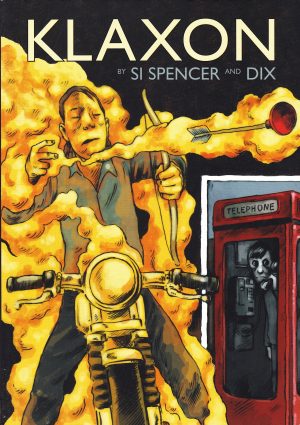