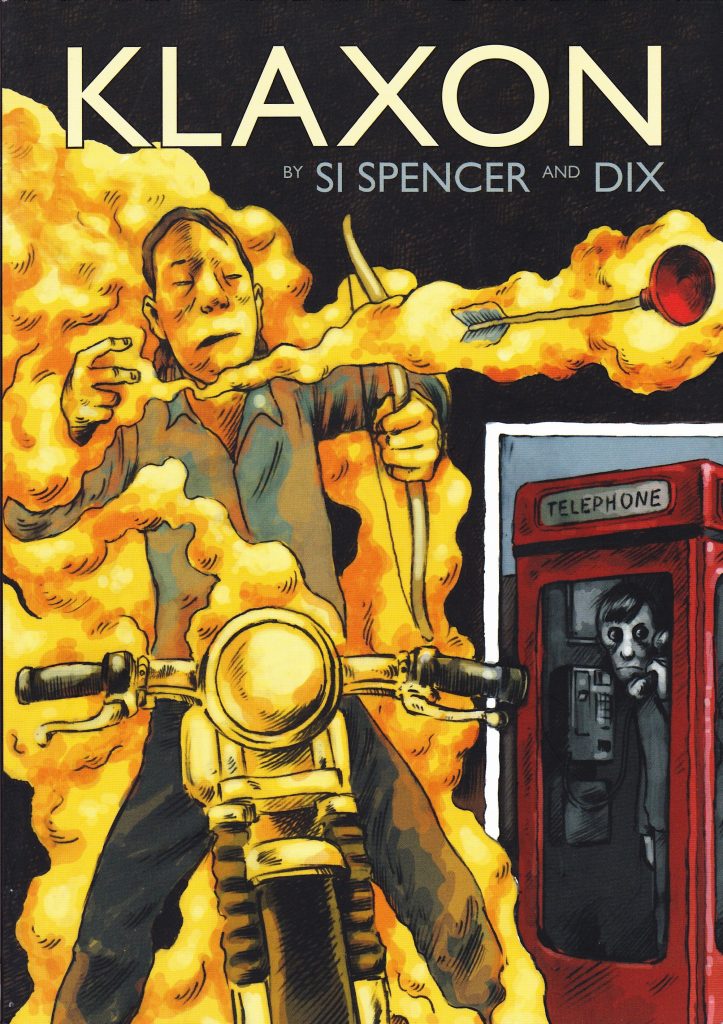 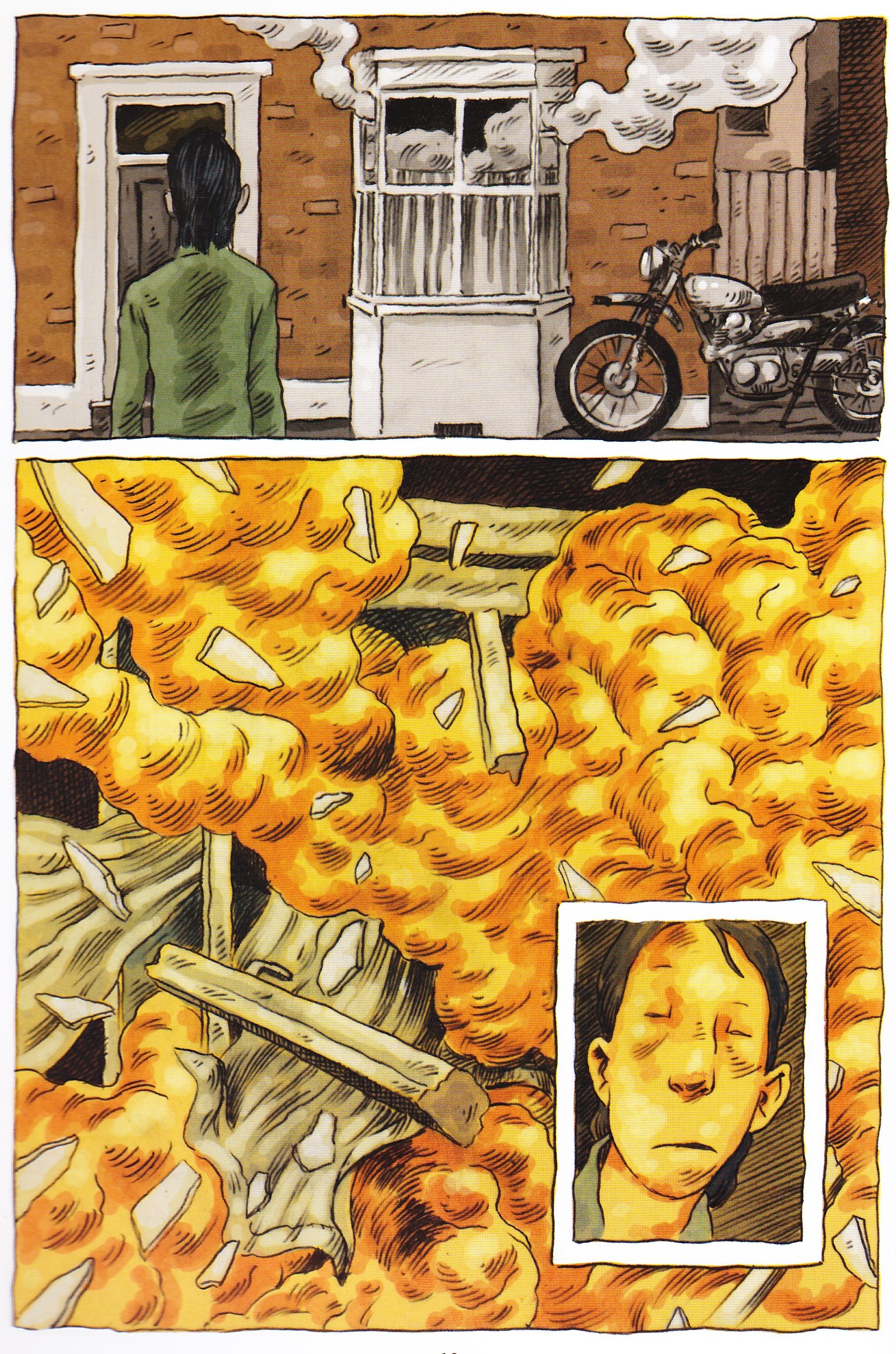 Every once in a while you read a book to its conclusion and think “What the hell was that?!?!” Allow us to present Klaxon written by Si Spencer and illustrated by cartoonist Dix.

Braintree Street is where Carlisle lives in a terrace house with his mates. Most of their time’s spent popping blue wax pills and sitting on their arses. While Carlisle pops the narcotic like his wastrel mates, he spends more time looking out the window, considering possibilities beyond the house. Then Carole, her sisters, and their catatonic mum, move into the house next door. Carlisle perks up and introduces himself to Carole. Before he gets anywhere, the ladies’ landlord Stapleton and his minion son intervene. Who is this Stapleton? What is his son’s obsession with the ladies? Why are Carole and her sisters afraid of Stapleton? What happened to their mum to make her this way? Why does Carlisle hear the sound of a klaxon through the wall? Who or what is the cherubic figure who appears to Carlisle? Braintree Street has gone from bleakly dull to disturbingly weird. Now Carlisle must seize the opportunity to save Carole, save Braintree Street, and save himself.

There is no real point in trying to make sense of Klaxon. It’s weird and unsettling because that’s exactly the way it’s supposed to be. Consider this the Donnie Darko of British independent comics. Spencer’s entire plot is seemingly building question upon question. Is the threat to Carole’s family and the street real? Is it all the product of too many pills? Whatever the answers, Spencer scripts something that has the qualities of a bad dream. It twists and turns, fraught with a palpable tension. That’s deliciously enhanced by Dix’s spectacular artwork. Braintree Street feels exactly like a street in industrial towns and cities throughout England, once prosperous communities now fallen on bad times. Inside and outside, the foreboding atmosphere is heightened by an excellent choice of colours. Blue or umber washes to highlight despair, a touch of green to heighten tension here and there. Dix utilises his experience as a political cartoonist to great effect to present his characters. Carlisle and Carole are desperate, her mother’s appearance pitiful and bordering on grotesque. Stapleton’s presence is ominous and detestable, his son creepy. It accentuates the themes of power- and abuse of that power- Spencer is exploring. How Spencer and Dix reveal it is difficult to follow, deliberately disjointed, but it doesn’t diminish Klaxon‘s discomforting effect.

Is Klaxon any good? That’s a difficult question to answer. Is there even a right answer? Tank Girl’s creator Alan Martin loves it according to the cover blurb. If you enjoy shows like The League of Gentleman, this might appeal. Whether you like Klaxon or not is going to come down to a pure matter of personal taste. It has good art and a good script, but that’s unlikely to split opinions any less. Klaxon is a peculiar story. You’ll either think it a masterpiece or the most obscure thing you have ever read. The only way to find out is pick it up and read it yourself.