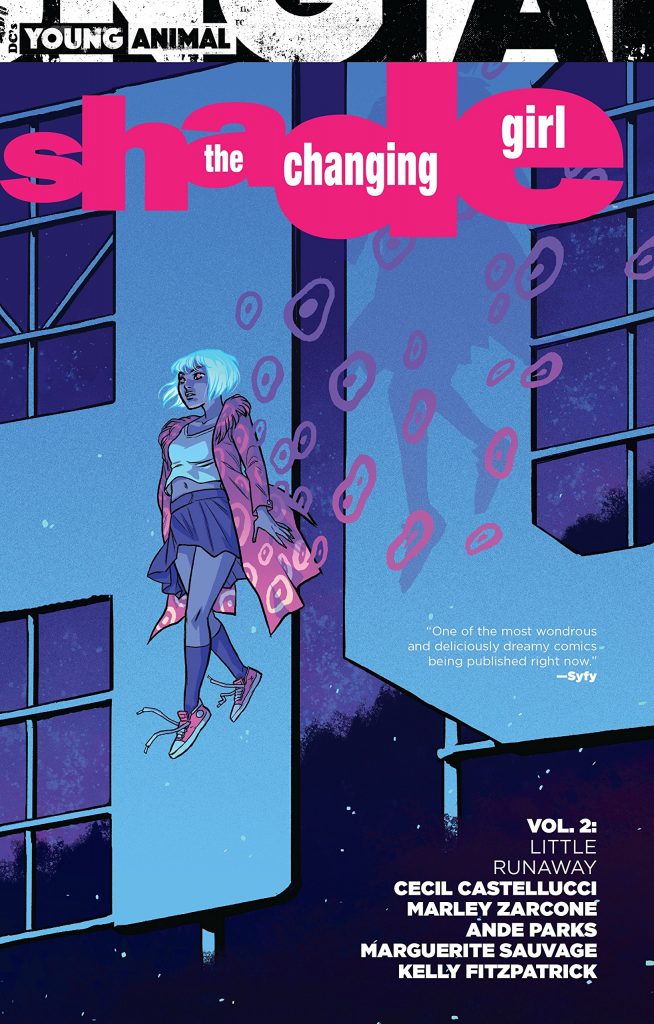 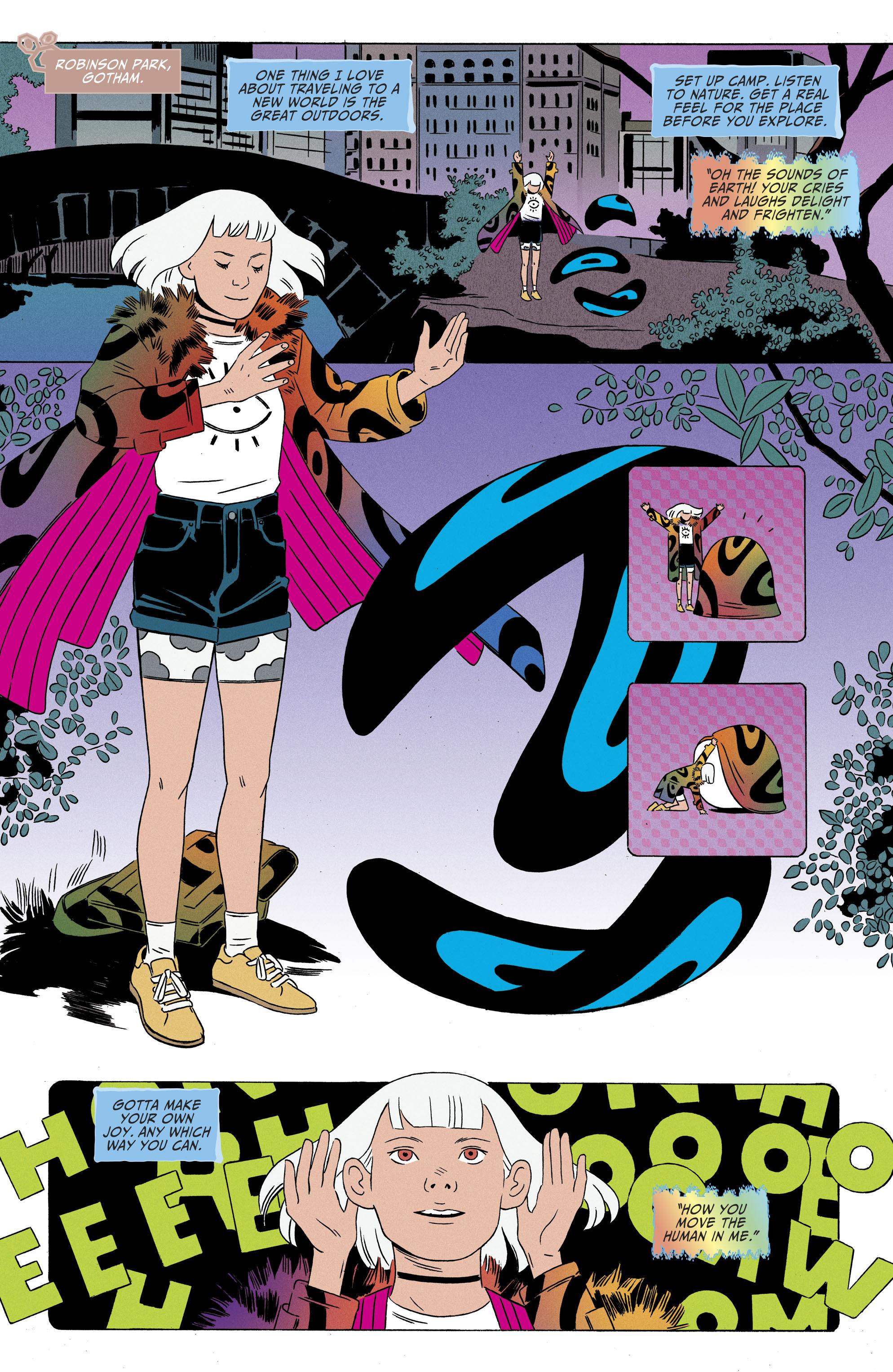 In their widely circulated promotional blurb DC let us know Shade the Changing Girl is “focusing on the juxtaposition between visual and thematic storytelling”. Every comic you’ve ever read, and the millions that you haven’t, deals with the juxtaposition between visual and thematic storytelling, and employing a phrase a Film Crit 101 student might consider twice as hackneyed and hollow doesn’t offer much hope for coherent content. So it proves, with the mundane and the meaningless dressed up as monumental and meaningful as experienced by alien Loma Shade. Once again, it’s the imaginative and appealing art from Marley Zarcone and the vibrant colouring of Kelly Fitzpatrick that carries Cecil Castellucci’s less impressive writing.

Earth Girl Made Easy introduced Loma, a type of humanoid bird in her true form, whose consciousness possessed a comatose high school girl via a device known as the madness vest, which also gives her a unique perception of reality and an ability to alter that. The opening episode here would possibly have been better packaged with that previous book, detailing Loma’s background as an alien species on Meta, and giving greater understanding about why she felt ostracised and wanted to leave. It’s sympathetic and insightful, which renders it a complete contrast to the remainder of the book.

After a bad experience concluding that first chapter, Loma decides to see more of the world she’s arrived on, and heads for Gotham, Los Alamos and Hollywood. It’s all so obvious, prompted by Loma’s love of Life With Honey, a faux 1950s sitcom she watched as the decades-old transmissions reached her home world of Meta. Short back-up strips by Cecil Castellucci and various artists play on this as cleverly constructed pastiches of the attitudes toward women promulgated by the sitcoms of the 1950s. They’re generally wittier than the main feature.

Captions of Loma’s thoughts are matched by gnomic quotations of her idol Rac Shade’s poetry, quasi-mystical philosophical aphorisms, while half-hearted, and clumsily inserted sub-plots break up Loma’s experiences. We look in on her high school classmates attempting to track her down, and a nutty scientist on Meta attempting to reclaim the madness vest Loma took in Earth Girl Made Easy. As in that book, they’re variations on the same scene time and again until progression finally occurs in the last chapter, which at least has some invention to the plot, with a spread presenting three simultaneous events as a spin game. Had the rest of the series shown more imagination of that type it would be worth reading instead of just looking at.

As previously, the disappointment is accentuated by the bright and consistently creative art. Zarcone is called on to bring some abstract concepts to life and comes up trumps every time. Marguerite Sauvage illustrates the opening chapter in a more conventional style, but one as cultivated as Zarcone, and with a better sense of page composition.

Loma next participates in Milk Wars alongside Wonder Woman, after which her next outing is as Shade the Changing Woman.