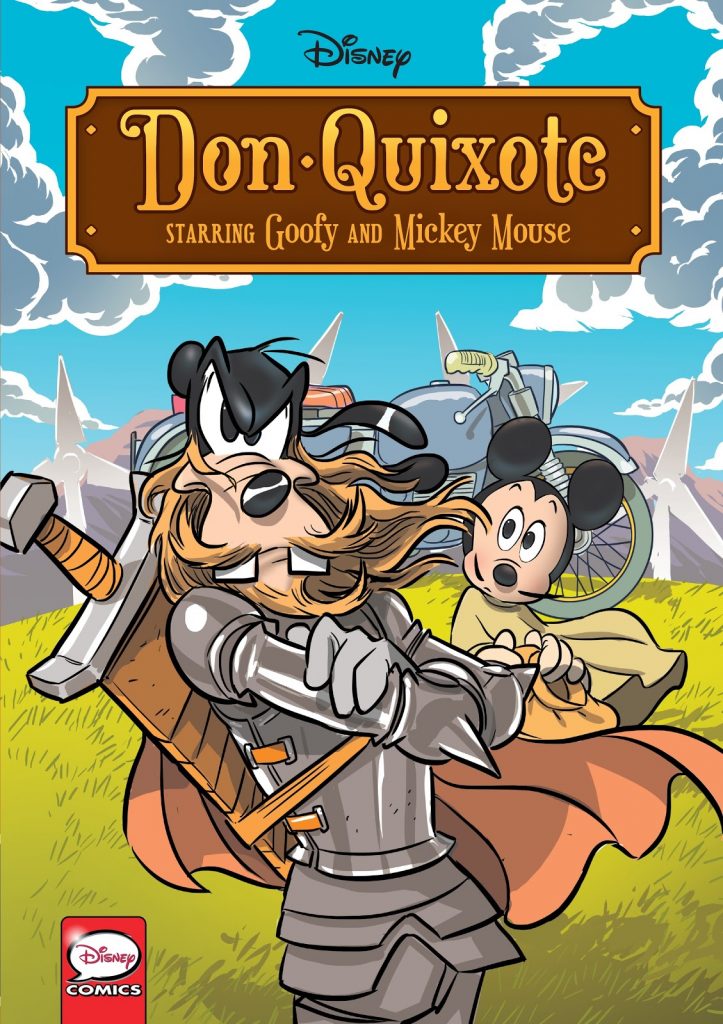 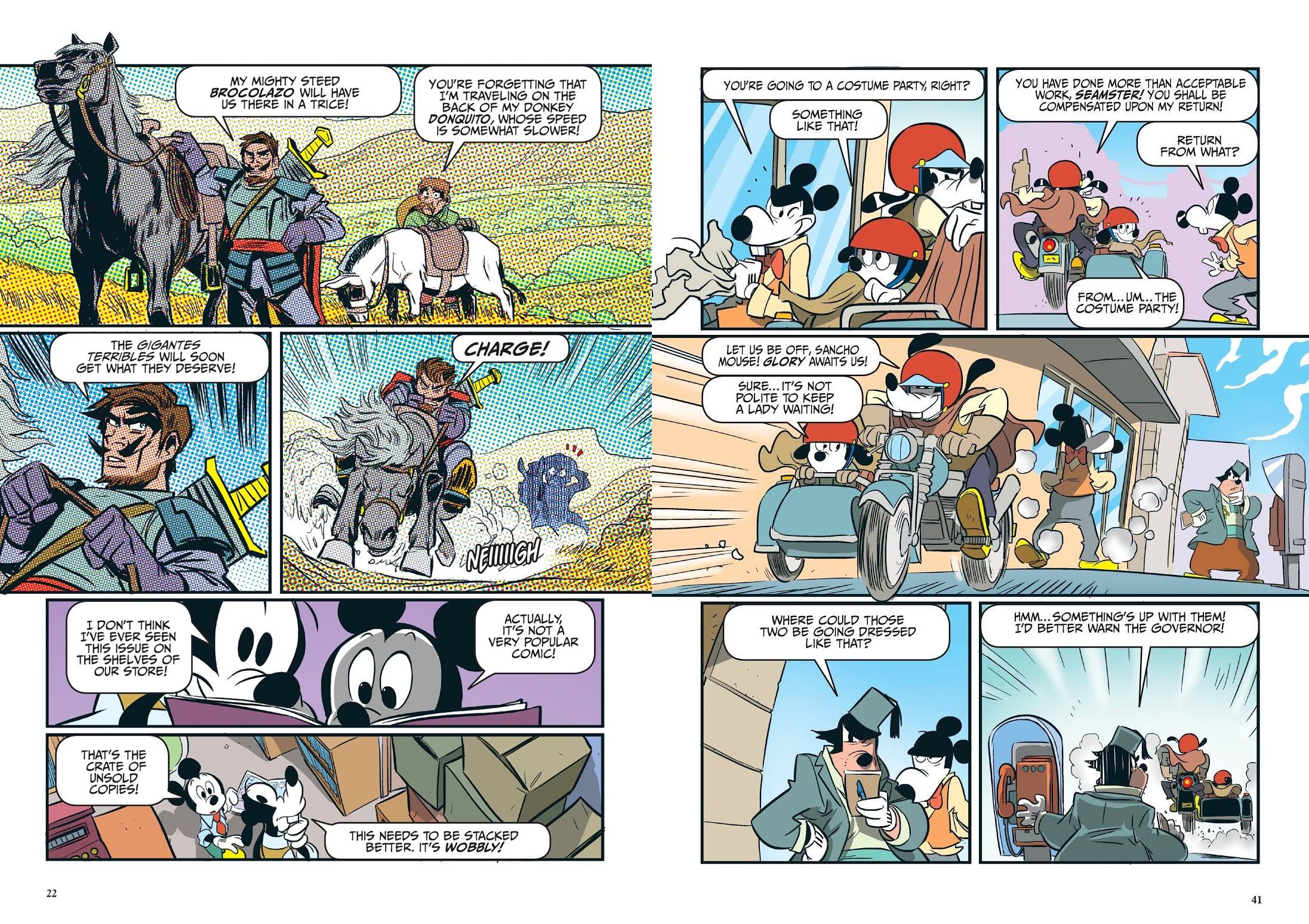 Disney’s Don Quixote is the type of translated treat more usually found in hardcover as part of the Fantagraphics Disney Masters line (see recommendations), although writer Fausto Vitaliano and artist Claudio Sciarrone are both contemporary creators. That’s seen by the story opening with Goofy and Mickey Mouse running a comic store.

The classic Disney characters are still both popular and influential in Italy, where digest comic Topolino (the Italian name for Mickey Mouse) has been running continuously since 1949. The creators have expanded the world and the personalities, and English language readers will take some getting used to a serious-minded Goofy, more concerned with the accounts than having fun. That, however, is forced on him when he’s hit on the head by a stack of carelessly arranged boxes and develops the personality of Don Goofote of Castilla, referring to Mickey as Sancho Mouse.

Vitaliano substitutes modern day equivalents for the technology used in the original 17th century novel by Miguel Cervantes, such as a wind farm standing in for windmills, but cleverly has Goofy in his new guise improving lives and dealing with the crooked through his delusions. While Goofy and Mickey are out of town, the spotlight is shone on the remainder of the cast, including many obscure favourites, including Mortimer Mouse, here friendlier than he was in the 1930s cartoons.

There’s a lot of personality to Sciarrone’s cast, and it’s a nice touch that he differentiates them slightly from their normal appearances when they’re seen in the world Don Goofote imagines himself in. This is characterised by a brown wash over the pages to ensure younger readers can tell the difference. Sciarrone’s villains are very good and there’s no mistaking their intentions from the eyebrows pointing down and scowling expressions. He also has a tidy line in different styles, used to illustrate characters appearing in assorted comics.

Because it was originally serialised, this is episodic, but while it appears for a long while much is down to convenience, Vitaliano introduces a reason for the similarity to Don Quixote, as he pulls the plot together nicely. It’s a little too wordy for English language tastes, but otherwise a clever and imaginative adventure.