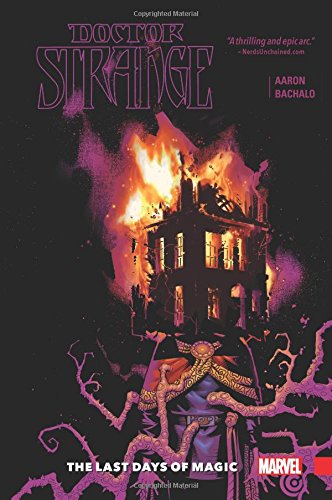 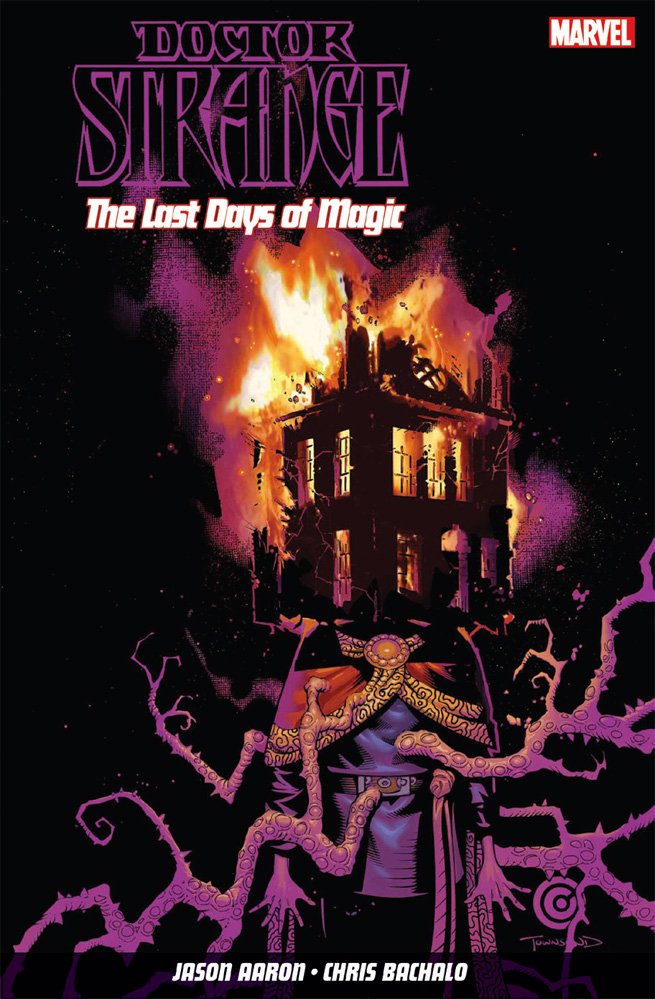 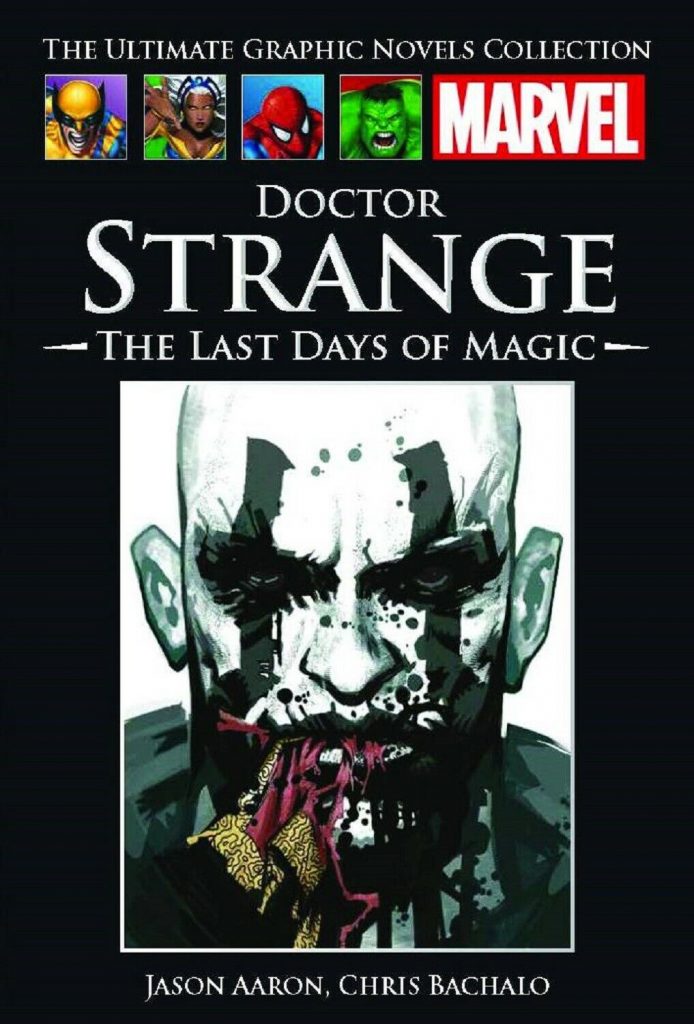 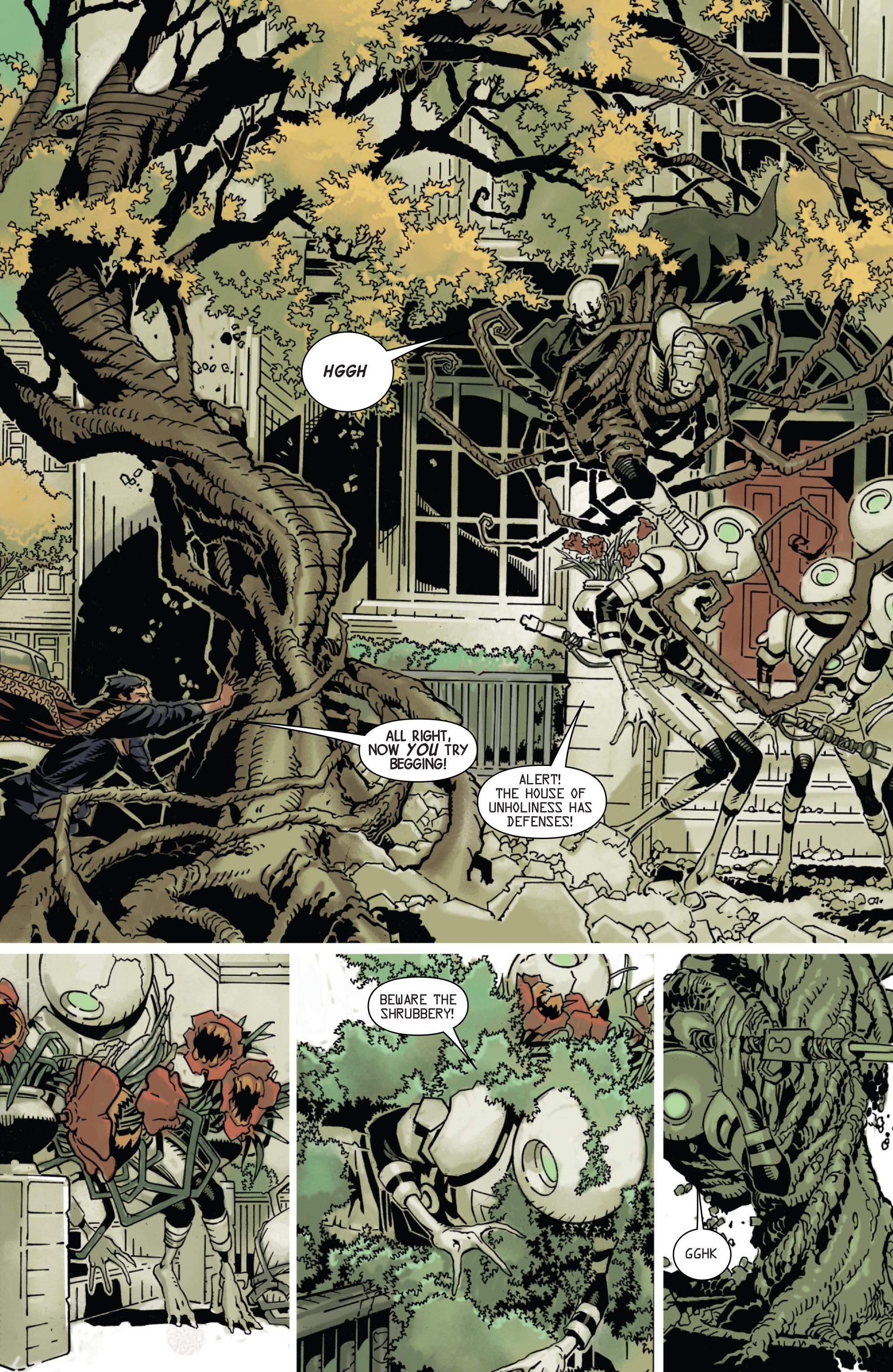 Anyone who came to Doctor Strange as a new reader, their curiosity stimulated by the 2106 movie, couldn’t have asked for a better primer to the man and his world than The Way of the Weird. Jason Aaron and Chris Bachalo covered all the essential elements in a spectacular graphic novel. So how does the continuation stack up? Not as well, unfortunately.

When last seen, an other dimensional technocratic civilisation known as the Empirikul (ugh!) had worked their way through several other dimensions pursuing their dogmatic ideology of eradicating all magic. They’ve now launched an attack on Earth and almost all magic has been wiped out. This is where the wider Marvel universe becomes problematical. When confined in places only accessible to Doctor Strange vastly powerful technology-worshipping zealots are a viable threat. Have them invade Earth, however, and the obvious question becomes where are the Avengers? Claiming the Empirikul to be beyond the sight of mortals doesn’t really cut it.

Ignore that, and it’s a big ask, and Aaron delivers a thrill ride with multiple threats and a desperate Doctor Strange gathering what little scraps of magic remain accessible in our dimension. This is enough to enable Chris Bachalo to shine once more. With Strange relying on locating ancient objects in accessible places Bachalo opens his imagination, unleashes the nightmares, and in turn terrifies ours. He makes good use of variations of an image repeated as a statement from the early pages of the previous book, and his cast designs are suitably creepy.

So we have a big plot hole, and Doctor Strange reduced to Indiana Jones. Can Aaron pull it back again? No, not really. The conclusion to a desperate situation has been foreshadowed, quite well actually, but it’s a solution that we’ve seen before, both in Doctor Strange and elsewhere, and seeing it again in what had been a relative beacon of originality is disappointing. Furthermore, given their inflated reputation, the Empirikul surely previously encountered resistance along the lines of that offered.

This is still very good Doctor Strange by most reckonings, but nowhere near as good as what came before. The ending still leaves a major problem, and that’s Strange’s task for the next book settled.

As the plot affected magicians other than Doctor Strange there’s also a spotlight on their reactions to the disappearance of magic with the involvement of Aaron, but with Gerry Duggan and James Robinson (with a clever twist) also writing sequences. There’s some excellent art from Daniel Beyruth and Mike Perkins among others, and the magical world is expanded and given a wider ethnic spread via the introduction of viable new characters, which is welcome.

In the UK this is also found as a hardcover as part of the Ultimate Graphic Novel Collection.