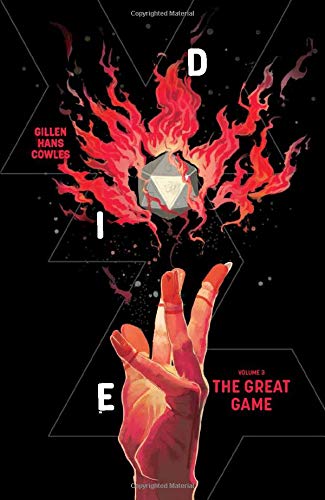 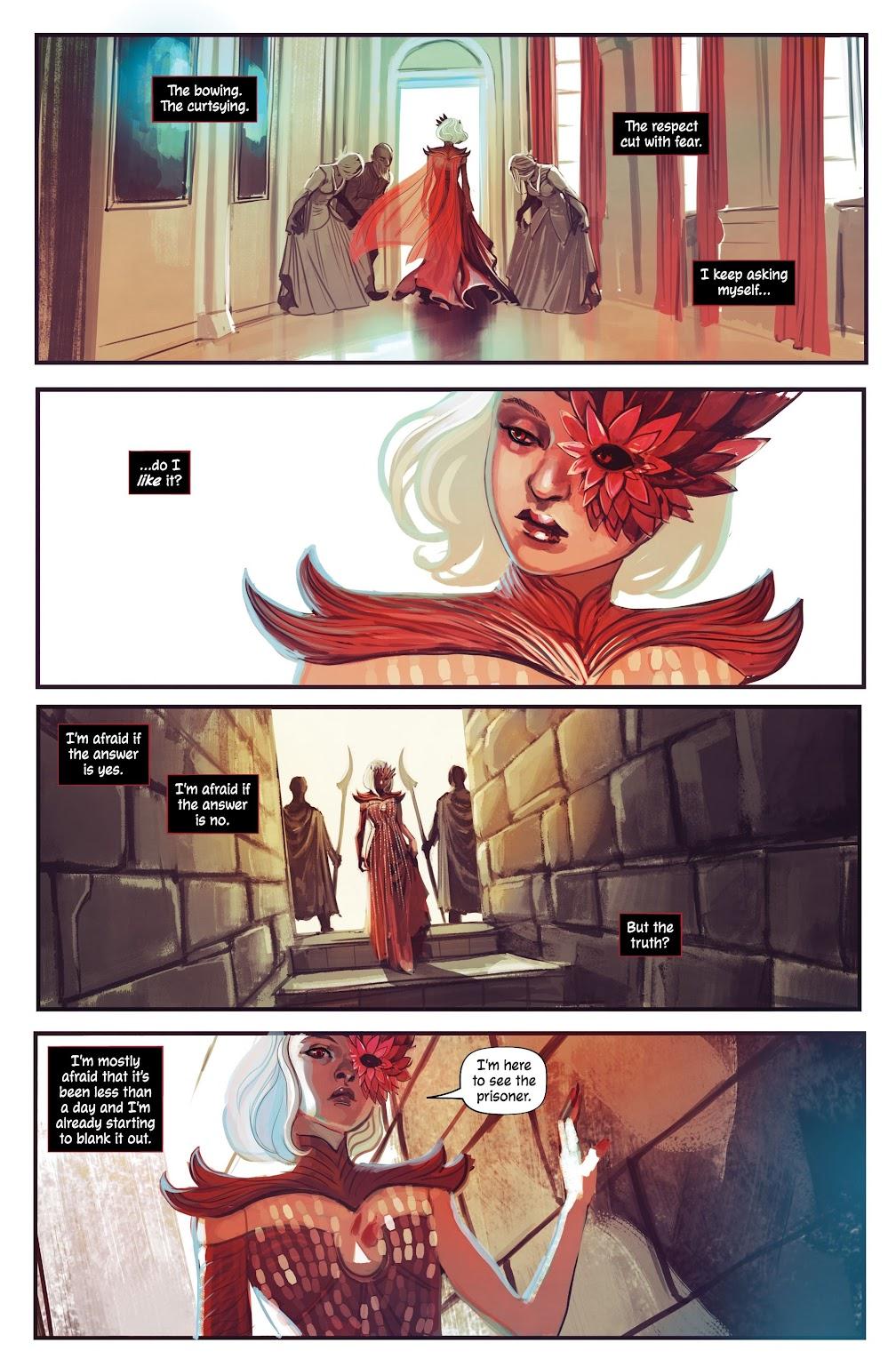 The Great Game continues Kieron Gillen and Stephanie Hans’ inventive twenty chapter fantasy story, picking up a page beyond the halfway point. Now in their forties, a group of people have returned to the world of Die. They were last there as teenagers, and all damaged by their experience, yet as adults they have different, clashing views of what’s possible, and to end Split the Party Ash decided the best method of resolving the assorted opposition was to become Die’s ruler. The only person who really understands everything is coincidentally the last to try that, and despite Ash being able to compel people, they’ve managed to evade any straight answers. Sol was also the person left behind when everyone escaped almost thirty years previously, so has cause for resentment.

Broadly, Gillen continues to throw obstacles in the way of interestingly conceived plans, and these are character-based. The attention-seeking Chuck, for instance, will take a writer’s approach to any problem by doing what’s least expected, and that leads to a shining moment, but others are more cautious. The randomness of role-playing games applied to an action plot still works well, and Gillen also funnels in other, earlier fantastic works in addition to the revelation about the Brontës last time. In fact, revelations positively tumble out during The Great Game. Who the hell knows where it’s all going, but following it along the way is a hell of a lot of fun.

It’s not been mentioned in earlier reviews that Stephanie Hans has fantastic eye for design. It’s obvious perhaps in the way the whole world is constructed, but the individual components so often catch the eye. A dungeon of hanging bell jars featured last time, when Ash’s new appearance was also introduced, and these range from the small like an Eternal Prussian soldier, to the large of how Matt’s swords combine. This is another artistic tour-de-force.

Over the course of The Great Game Gillen turns the screw tighter and tighter on the main cast, their regrets frequently informing how they act, with failure fairly consistent. By the end a monumental decision has been reached and while the odds are high, it’s all to play for in Bleed.