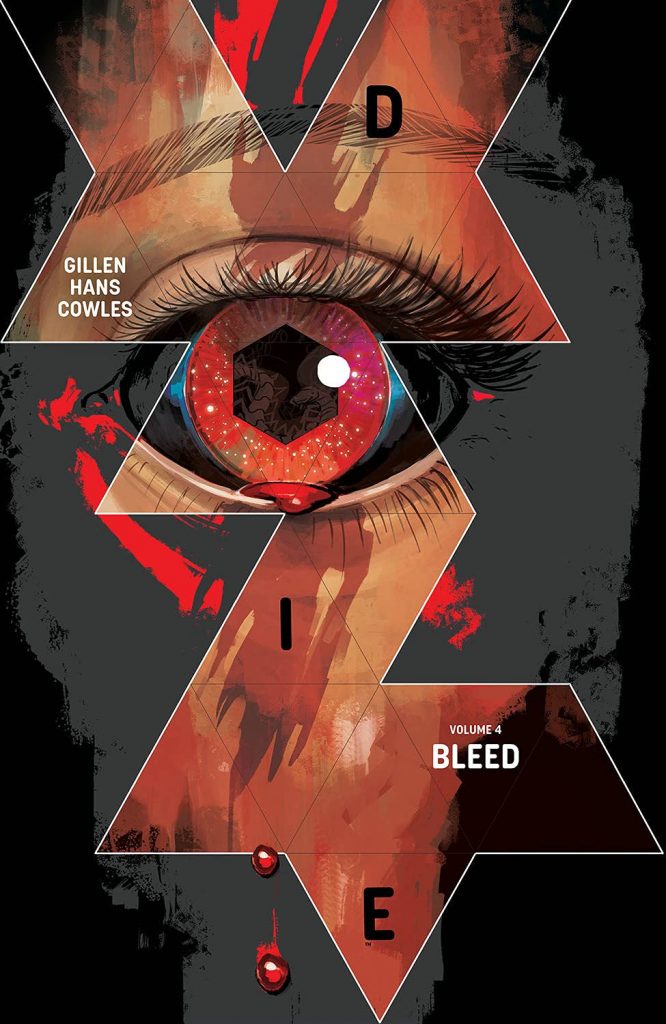 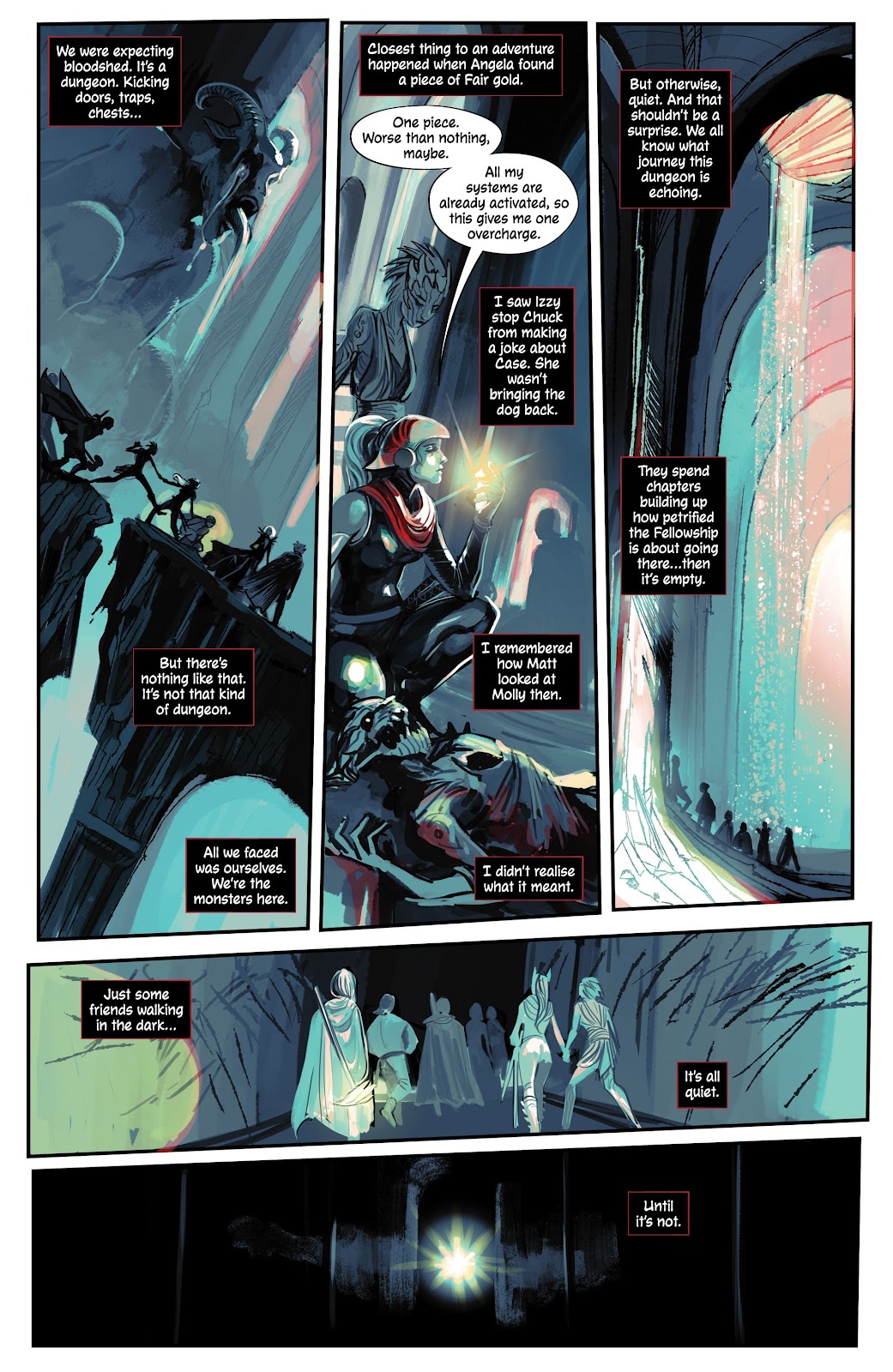 Six teenagers were transported to the fantasy world of Die in the 1990s, but only five returned. In their forties they’ve been pulled back again, now very different people shaped by their earlier terrifying experiences. Over the previous three volumes they’ve been pulled apart, but have learned far more about the world they’re now in and as The Great Game finished they were reunited on a journey to the centre of the Earth.

Kieron Gillen’s an intelligent writer, and over the opening chapter, given the clues he’s dropped about the world, the smarter reader will think they know where things are going. Gillen’s smarter than that. On the home stretch, though, he finally resorts to the fantasy standby of The Quest, where the cast stumble from pillar to post pressing ever further, dispatching danger at every step. For a while it looks as if the ending will be coasting, although there’s a feeling that Gillen’s earned it, but of course, he’s better than that, and after the opening two chapters Die picks up again.

The world of Die has been a form of amalgam from the start, but there’s a very specific form of horror required from Stephanie Hans in Bleed, and it’s very well delivered, largely concealed in the shadows, but occasionally bursting forth. Almost from the start she’s been exceptional, and she’s exceptional again.

One aspect of Die that’s been under-explored is Douglas Ash using a female avatar for role-playing back in the day, so taking that form again when returning to Die. It’s passed unremarked for most of the time, underplayed even when Ash talks about their son, almost to the point of box-ticking inclusion, but the sexual identity is finally edged out into the light for the most powerful few character pages in the book.

Is Bleed the finale most readers want after four volumes getting to know six people? Probably. The truth behind everything is more horrific than might have been assumed, yet there’s also dark comedy at the idea of connecting role-playing with World War I. In one sense it’s not a definitive ending, but then what is life but the accumulation of experience? The cast disappeared in 2018, and Gillen’s able to use the world that’s evolved by 2020 to drop some surprises, and for the most part all ends well, and really, “for the most part” is probably the best anyone can realistically hope for.