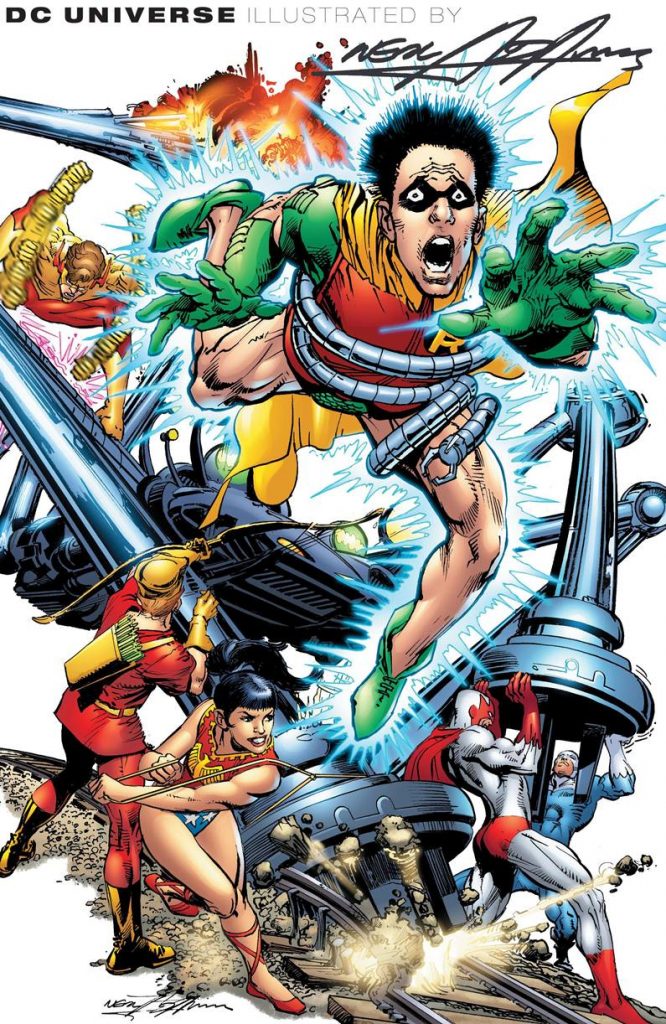 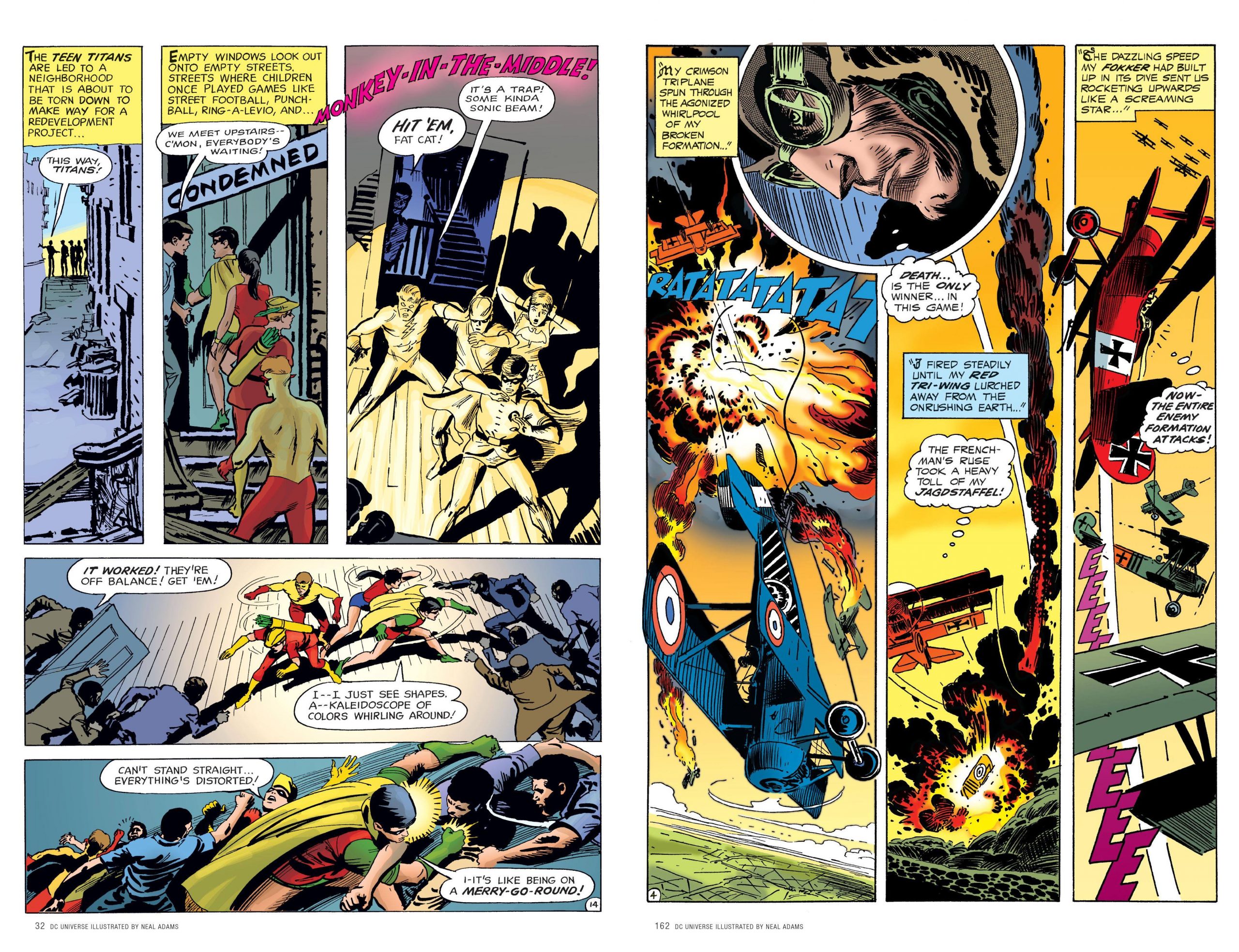 In his introduction Paul Levitz refers to the art of Neal Adams as “generation defining”, which for once is no exaggeration. From the mid-1960s to the mid-1970s Neal Adams was the most innovative comics artist seen since Jack Kirby, although via a diametrically opposed approach, his method being graphic realism. His spells on Batman, Deadman and Green Lantern were extended enough to fill separate collections, and this was intended to be the first of two books mopping up his other DC assignments. Sadly, the second never appeared, so much of his superb mystery work in particular remains unavailable in book form. This instead pairs his remaining superhero work with stories produced for DC’s war anthologies.

It’s a contrasting combination. The stories assigned to Adams shed an interesting light on DC’s bizarre editorial system of the era, none of the superhero material beyond Batman considered prestigious by today’s standards. Adams’ introduction explains his taking on Teen Titans as a favour to then new writers Len Wein and Marv Wolfman, who were then bumped, but Elongated Man? Clark Kent? While perfectly acceptable art, there are only flashes of the dynamism characterising the best of Adams, and his writing on the Teen Titans stories has dated badly.

That DC are going for the complete works is apparent via the inclusion of the four unconnected pages Adams drew for a Justice League story, a couple of pages on which he jammed with Sergio Aragonés, and a number of public service strips giving advice to younger readers. These still charm.

As Adams notes in his introduction to the war stories, they’re created to a formula, but when that formula works it’s thrilling entertainment, and these are a far more readable selection than the superhero material. Adams obviously enjoyed drawing the giant monsters featured in ‘The War That Time Forgot’, and Bob Haney’s future war tale results in Adams pulling out so many familiar tricks in five pages. The two most memorable strips both feature Germans, one an egotistical sniper remaining in town when the Americans advance, written by Howard Liss and the other one of Robert Kanigher’s World War I Enemy Ace stories. Kanigher definitely wrote to a formula, but it’s not so apparent when this Hans von Rittmeister tale is read on its own, and so the intended poignancy transmits. It’s interesting seeing Adams lay out an Enemy Ace story exactly the way Joe Kubert would, possibly knowing Kubert would be inking the pencils. He rather swamps them, actually.

As with the Batman collections, Adams has recoloured his art using the computer technology of 2008. Seeing as it’s the way the artist feels best presents his art, in one sense there’s no arguing with it, but digital wizardry dates very rapidly, and many who remember the stories from the first time around would have preferred the original colours. Still, it’s unlikely there’ll ever be another collection supplying almost eighty pages of Adams war stories, so this is worth considering for them alone, but it’s a flawed collection overall.