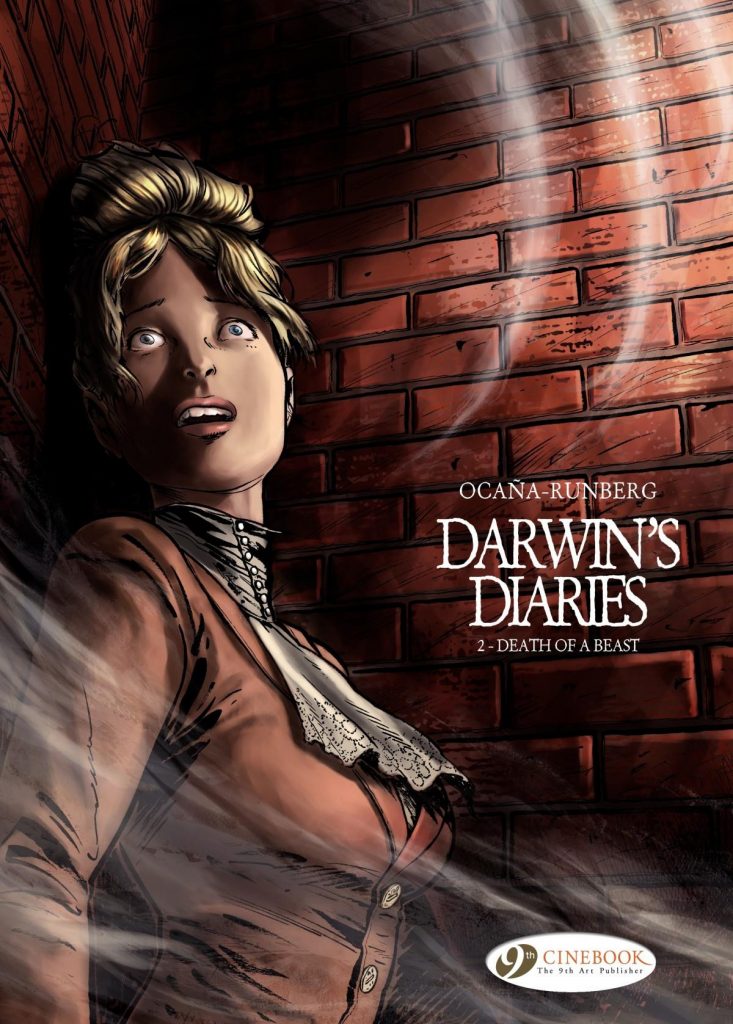 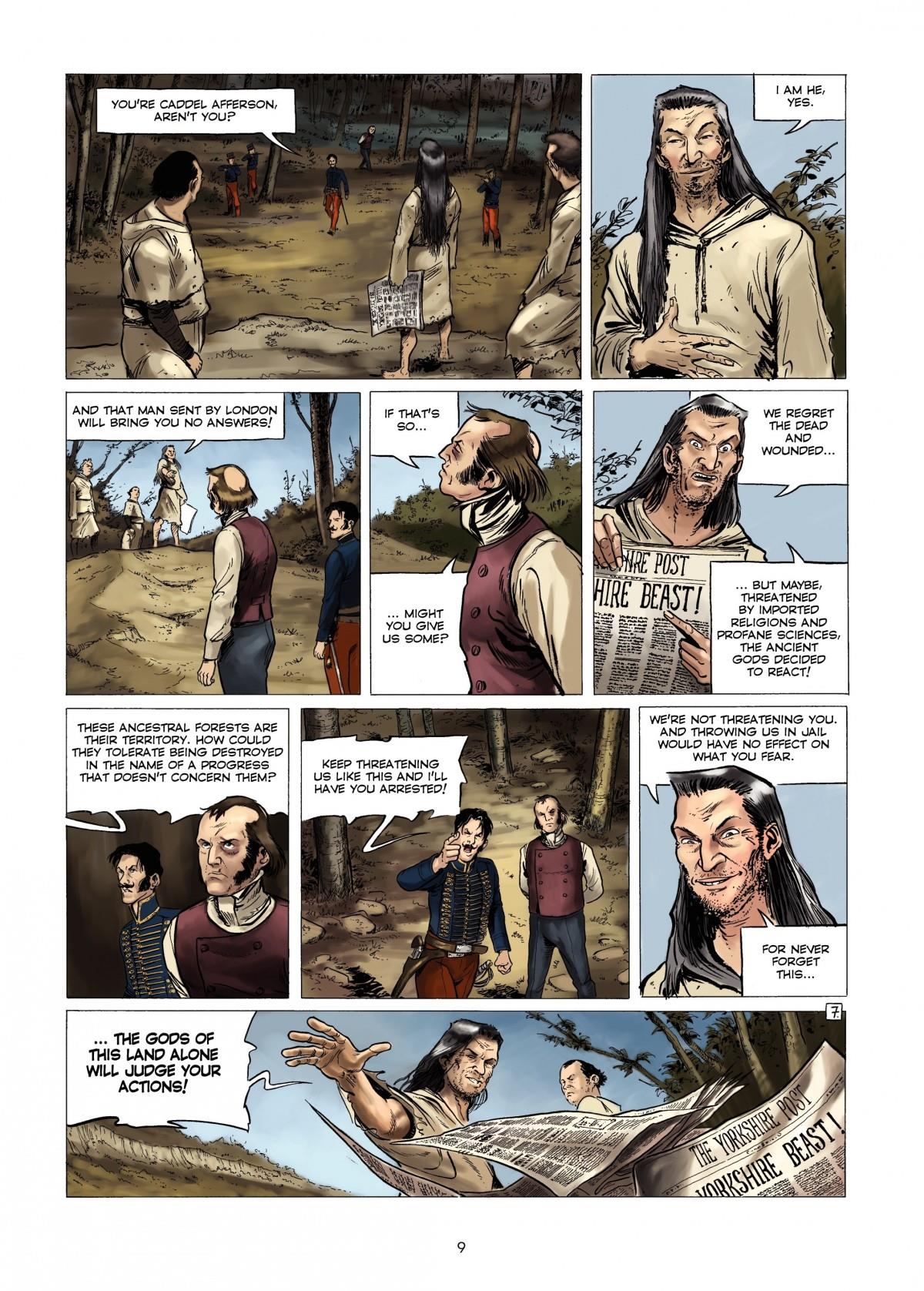 The Eye of the Celts introduced a novel sideline for Charles Darwin to occupy his time when not busy determining the origin of the species. He’s been sent to York to investigate what’s presumed to be an unknown monster responsible for savage killings of humans and horses, delaying the construction of a railway line.

A beast unlike anything Darwin was familiar with was killed to conclude the previous chapter, and he’s sent the remains to a biologist in London for a report. While it’s awaited there’s enough time for plenty of long held ancient beliefs to resurface, along with the prejudice that accompanies them.

That Sylvain Runberg’s story is set in 1870 allows him the luxury of hindsight to pit the technology and opinions of the future against the superstitions and ignorance of the past. It’s a simple method of sorting the educated from the misguided, and the cast of Darwin’s Diaries show plenty of forward thinking beyond railway construction. The daughter of Darwin’s host talks of feminism and organises free education for local women, yet for all the way his thinking affected the modern world, Darwin is suspicious, and not above a quick knee trembler with the local prostitute. Is there any historical evidence of such behaviour?

Eduardo Ocaña tells the story effectively, providing character and setting the scene well, with his dour and staring Darwin notable. This time the detail lacking in The Eye of the Celts is present, in crowded street scenes and the opulence of Darwin’s wealthy host, but without any great memorable quality to the art.

By the end of this middle chapter Runberg’s revealed the full extent of his plot, and it’s very silly. To give it away would be a spoiler, but anyone who considers Darwin consorting with prostitutes is playing fast and loose with history, will have a conniption fit, as that’s not the half of it. The surprise diminishes the story rather than enhances it, and it’s puzzling. Why risk outraging people who hold Darwin in high regard when a substitute character would work equally well? It’s not as if Darwin’s name is going to be a deal-sealing temptation when it comes to a Victorian supernatural thriller. Perhaps Runberg will grasp credibility from the jaws of ridicule with his conclusion in Dual Nature.