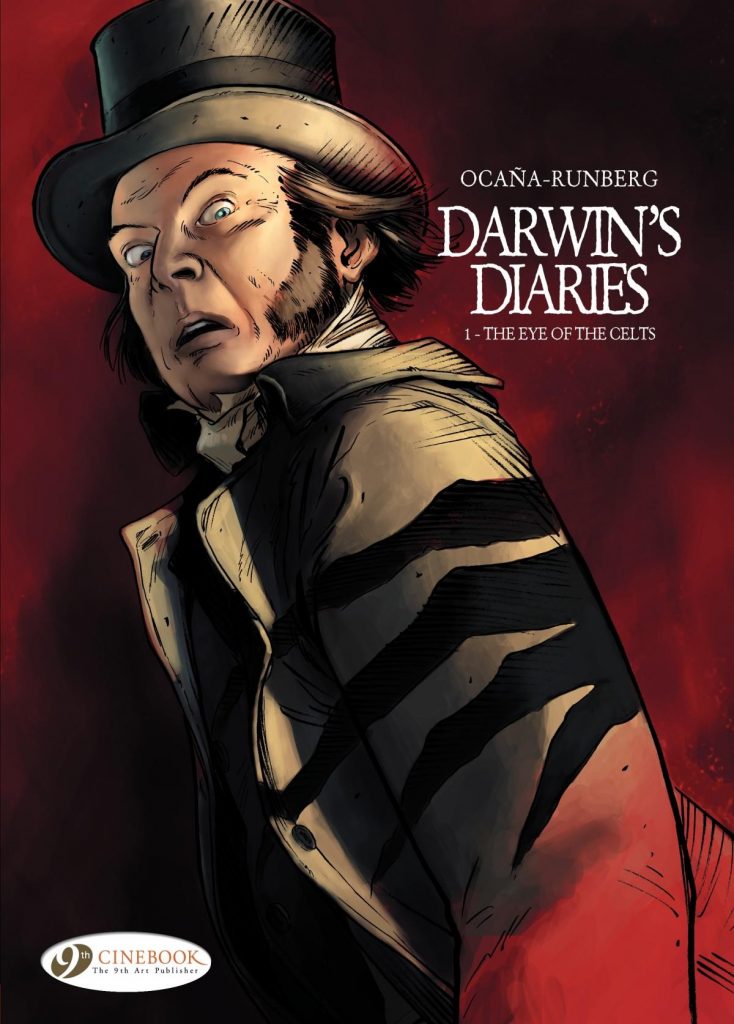 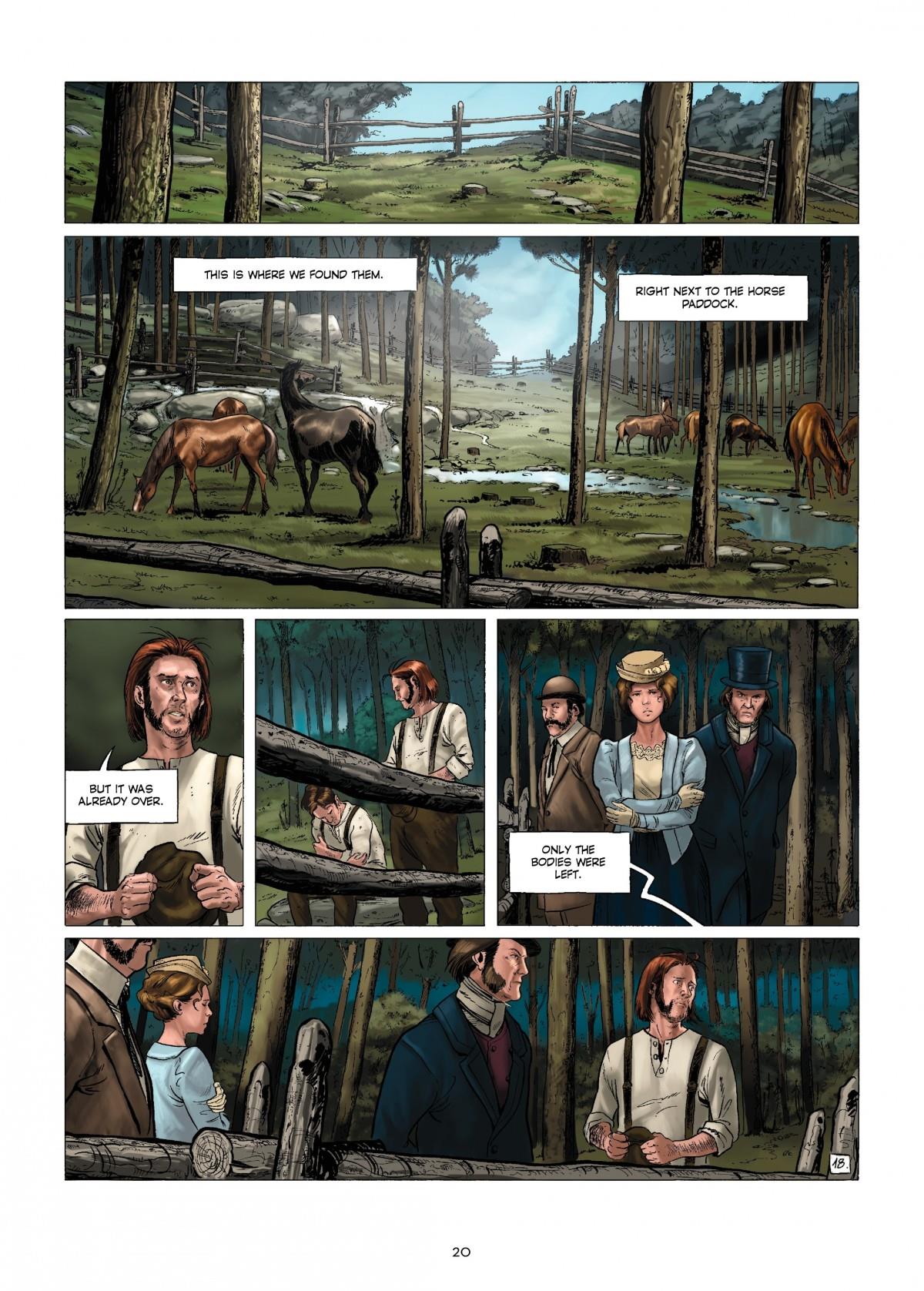 Sylvain Runberg’s story takes a novel view of Charles Darwin, the man who deduced humanity’s evolution (or if you’re reading this within the American school system, presented the “theory” of evolution). His place in history is cemented, but Runberg suggests Darwin had an interest in what would now be referred to as cryptozoology, and spent time searching for bigfoots and werewolves. On behalf of the Prime Minister he’s sent to Yorkshire where progress on railway development has been threatened by the murder of men and horses. The savagery shown and strength required has fostered rumours of a strange beast, and workers are striking, fearing for their lives.

In the way that he plays fast and loose by casting Darwin as lead investigator, Runberg also plays fast and loose with social conditions. It’s convenient, if historically unlikely, to include a very capable young woman who’s received some schooling in medicine, and the rights of any workers were all-but non-existent in the 1860s. This is largely irrelevant, however, as the mystery is what counts and it appears that any predictable forms of deception can be ruled out when it comes to the creature carrying out the killing. Darwin’s Diaries is a complete story over three volumes, so there’s a leisurely pace to events, permitting time for speculation and investigation, while the 19th century setting adds an exotic air to the story.

Everything is tidly illustrated by Eduardo Ocaña, whose style isn’t especially distinctive, but who draws everything in a capable fashion with a neat line, and an excellent way of defining personalities and feelings via facial expression. He’s not an artist keen on heavily populating scenes occuring outside in daylight, but there’s no lack of credibility to his period settings.

By the end of this opening episode Darwin has solved one mystery, but revealed another, and Runberg has brought out some surprising sides to his assumed character. It’s enough to generate a willingness to read further, and the story continues in Death of a Beast. 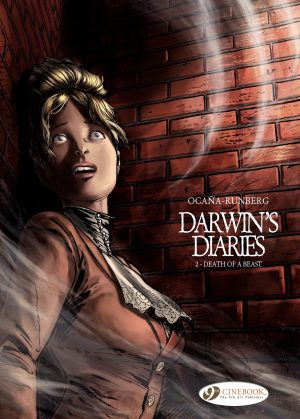 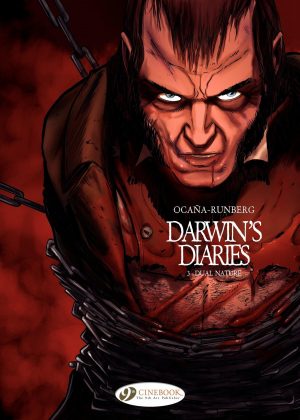