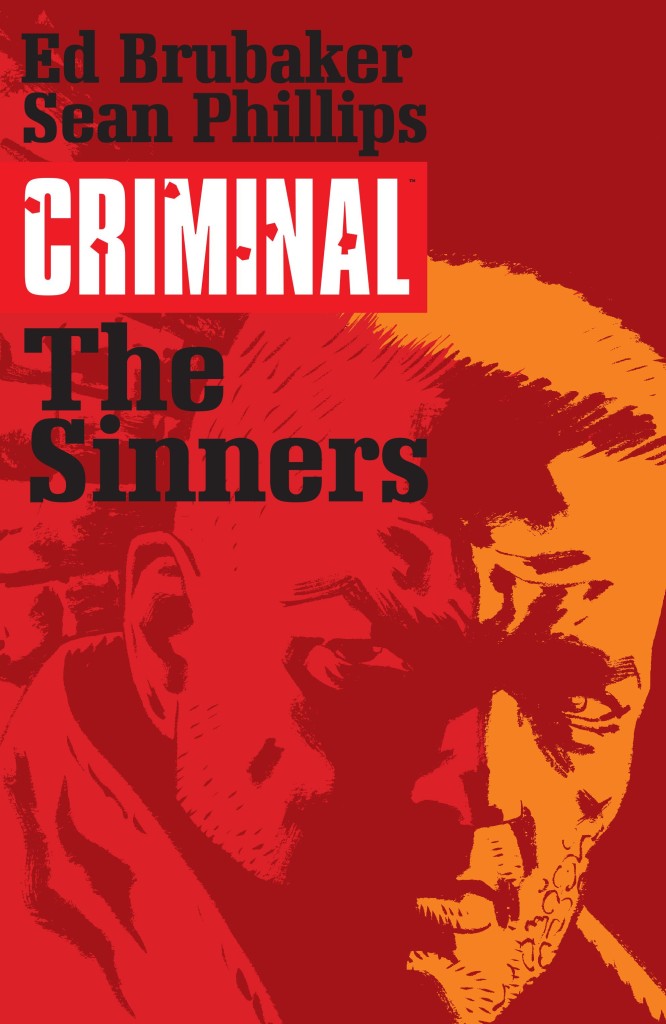 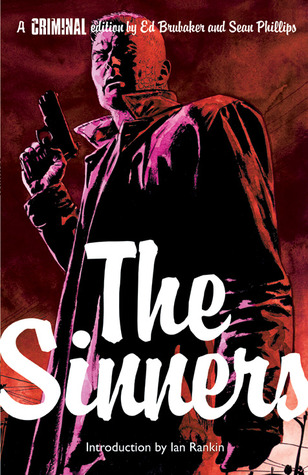 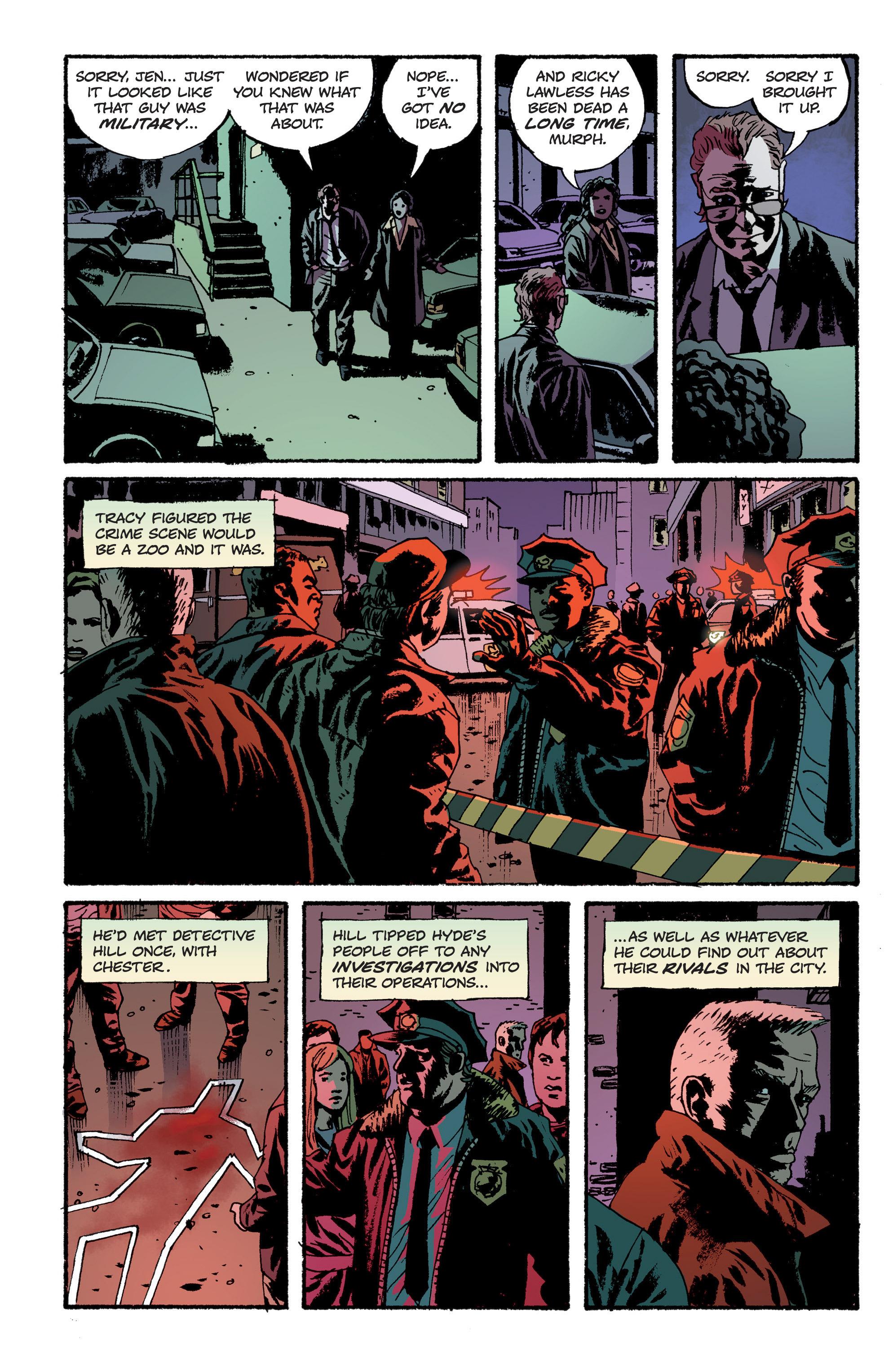 Previous Criminal graphic novels have skirted around what’s become a sizeable cast, with a pattern emerging of previous bit players taking centre stage. Ed Brubaker will present us with the history of the guy who’d only previously ranked a few panels as the owner of a bar (The Dead and the Dying). The Sinners is the first time we actively drop back in on the protagonist of a previous book, Tracy Lawless, appropriately spotlighted in Lawless. It makes for the only book in the series that’s best read specifically after its predecessor.

Tracy ended Lawless employed by crimelord Sebastian Hyde. As cold and efficient as he is when it comes to killing, being a hitman hasn’t sat well with him, while his ethics are frustrating Hyde. The solution is one last gig that settles all accounts. Someone’s been killing some individual operators, and Tracy is to discover who and why. “I’m not an investigator”, claims Tracy. “Then it’ll be a challenge, won’t it?”, replies Hyde, drily. Tracy takes the case because he needs out because he’s been keeping secrets from Hyde, of the kind that Tracy knows could prove fatal for him. Those complications inevitably seep into the wider consciousness. And they’re just the potential problems Tracy knows about. There’s another heading his way, and it’s relentless.

Sean Phillips has long settled into a solid depiction of Tracy, chiselled and lean, and perpetually looking if not puzzled, then quizzical and coiled. His world is equally convincing, always dark with little illumination, a state that reflects Tracy’s personality.

Brubaker lets us in on the identity of the killers long before Tracy uncovers his first clue, and it drops us into even darker territory than Criminal has covered before. Meanwhile he keeps adding further complications for Tracy as he goes about his business.

What’s astonishing about Criminal is that five books in there might be a sense of familiarity, or at least of taking it for granted, but while Phillips started on a plateau and maintains that level Brubaker keeps upping his game. Tracy is that standby of crime fiction, the putz who can handle himself, but is in way above his head, and there’s an inevitability about those kind of guys. Frank Miller’s storytelling methods in Sin City are an obvious influence, but that’s a more primal application of noir crime tropes. Tracy has some wits about him and is less reactive than Miller’s characters. It’s not just Tracy who’s key here, the hunter becoming the hunted. A kid called Evan is integral to the plot, impacting on Tracy’s life, and Brubaker constructs him carefully, first via the opinions of others, then via his own actions, and you swear by that point you know what’s coming. You don’t. Brubaker keeps twisting that knife, throwing in another complication and yet none of it is contrived, it all slots together beautifully.

Criminal has only a few serious competitors for the title of best series of crime graphic novels, and this is Brubaker and Phillips at their peak. It’s essential. It’s also available along with the preceding Bad Night and the following The Last of the Innocent in the hardback Criminal Deluxe Edition volume two.