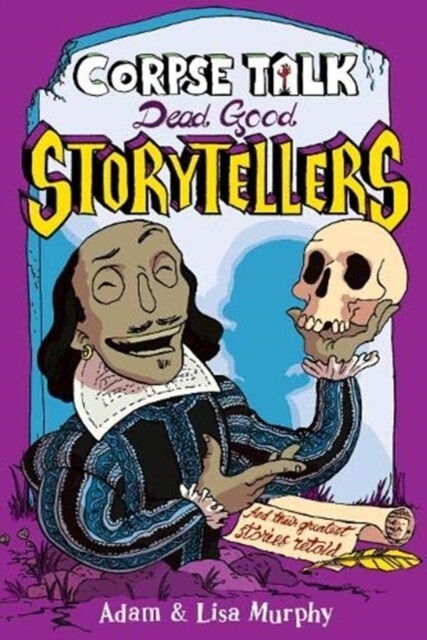 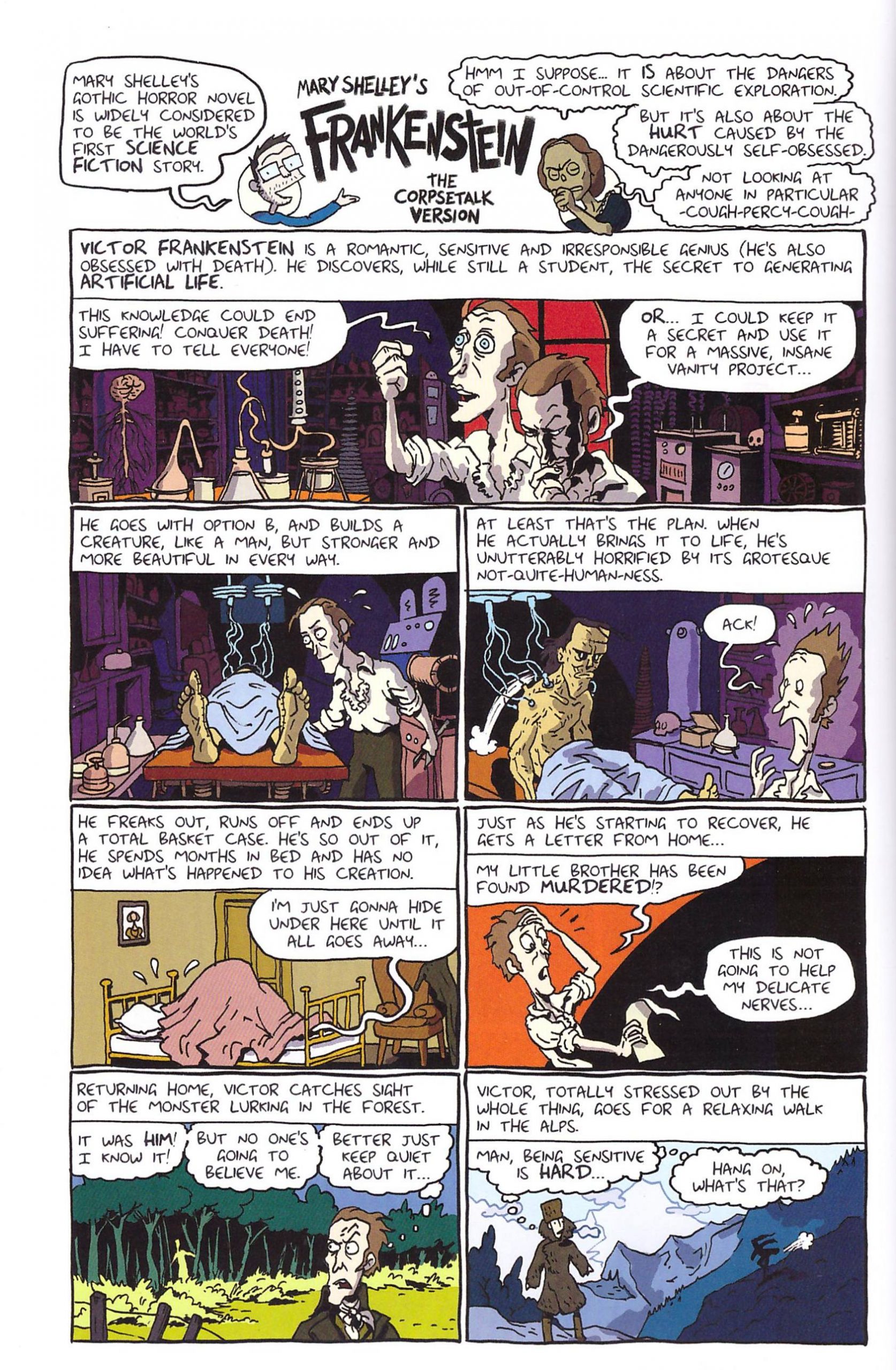 Corpse Talk has been an innovative series from the very start and in looking at writers whose reputations have survived the centuries Adam and Lisa Murphy add a new element to an already fascinating approach. We’re now used to the idea of the interview format revealing the biographical details, but here we’re also treated to adaptations of famous poems, plays and novels, remarkably in four or less pages. Yes, War and Peace, condensed to just four pages! Move over, Reader’s Digest.

The space this takes means fewer subjects interviewed, but adds a freshness to Corpse Talk. It’s always nice to realise the creators know when it’s time for something a little different before the audience grow tired.

Also to be appreciated is that this is a global outlook, not just a selection that begins and ends with white Europeans, although they predominate from a third of the way through. Chapters on Li Qingzhao and Jalaluddin Rumi will educate adults who’ve experienced a literary education based on the English language. As ever, the research extends beyond the writing under discussion, spilling out into the times in which the storyteller lived, and restrictions they were under, but Dead Good Storytellers also offers a new creative challenge. The format over previous books has been ideal for bringing historical notables back to life, but the idea of incorporating even abbreviated versions of literary greats in a project aimed at young readers is very ambitious, and one might imagine it’s a hard sell.

The abbreviated classics are masterfully reduced, the language simplified, and the same sardonic tone is applied to telling them as is used in the interviews, comments made about behaviour and opinions. While compressing the essence of War and Peace into four pages is amazing enough, the biggest achievement is in bringing through what it is that makes these works perennial greats, the plots strong enough to survive the reduced explanations. The Murphys will make you want to read The Odyssey, Jane Eyre and The Count of Monte Cristo, and anyone who’s not already read Mary Shelley’s Frankenstein will be amazed how it differs from the popular perception. However, this aspect is also the slight contradiction as it’s directing children to works by Chaucer, Shakespeare and Tolstoy that even adults struggle with. The Murphys just ignore the distinction, which is the best way. Younger readers might not like not being able to understand everything, but they’re well aware when writers are talking down to them.

As ever, the interview sections are fascinating, some writers living lives as astounding as their writing (see Tolstoy). Arthur Conan-Doyle hated Sherlock Holmes, much of Li Qinqzhao’s work is love poems written to her travelling husband, and Charlotte Brontë and her siblings invented fantasy worlds back in the early 1800s. As interviewer Adam Murphy’s character is pomposity-pricking and keen to point out fallacies, which makes the interviews all the more amusing, and the nonsense of skilled research or writing by women rejected purely on the basis of gender is noted several times.

Has anyone ever read a Corpse Talk book and been disappointed? Surely not, and this is the most accomplished yet. 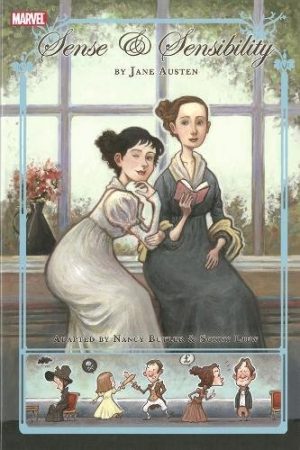