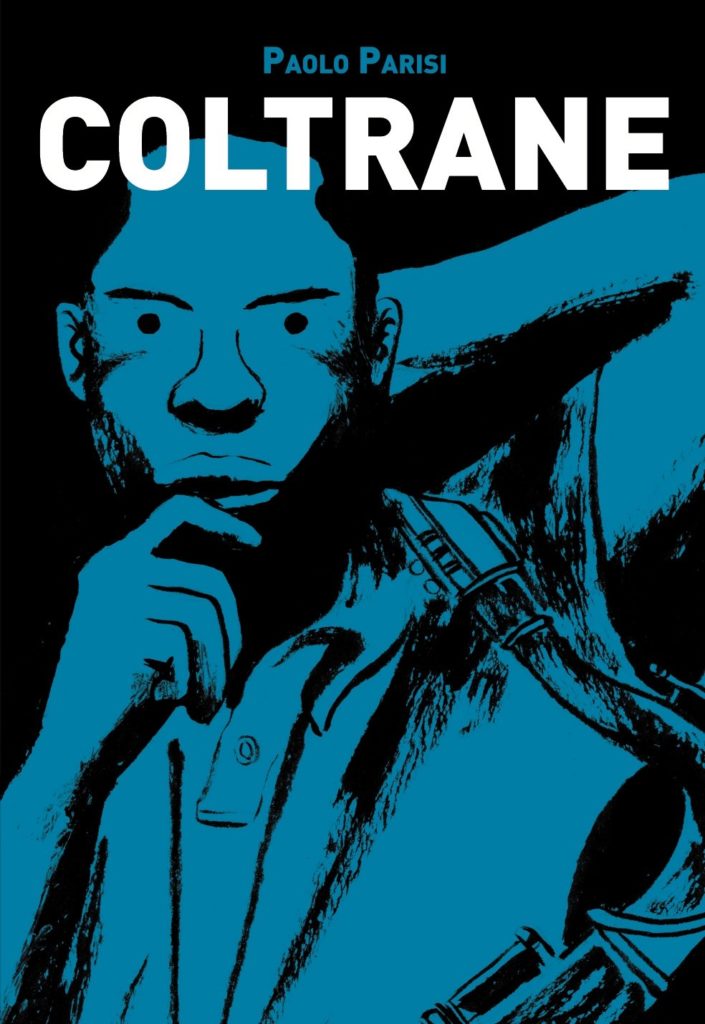 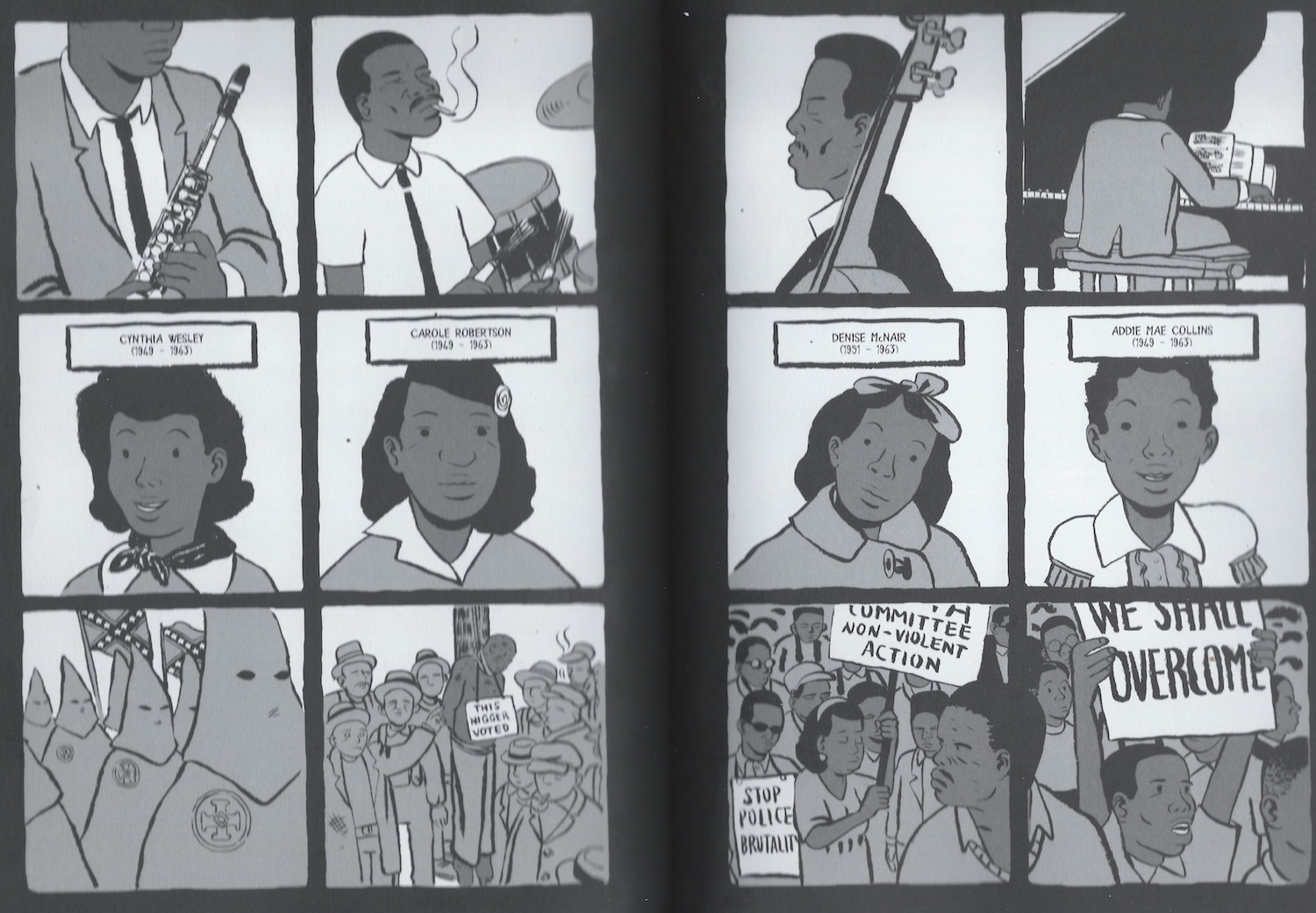 Paolo Parisi’s Basquiat biography dipped into the painter’s inspiration from jazz, but he went much deeper in this biography of saxophonist and composer John Coltrane.

Beyond the conceit of the four parts, though, how far does Parisi actually channel Coltrane and A Love Supreme? Well, Coltrane’s composition bookends Parisi’s account. Part 1 opens by juxtaposing the composer’s musings on music, with the instruments and players sequenced as introduced in the composition: gong, then bass, drums, piano, and finally saxophone. Part 4’s final musical sequence is similarly juxtaposed with the conclusion of Coltrane’s companion poem (adorning that album’s sleeve). One can find visual evocations of jazz, more broadly, in the recurring musical motifs: panels and sequences of musicians performing, and recording; the arrangements of musical apparatus; the photographic stills and cinematic evocations of music – in the portraits, close-ups of playing, intercuts between players, and overall montage effects. Intriguingly, Parisi avoids evoking music through comics’ sound effects and ‘emanata’, using musical notes mainly in slews to convey Coltrane’s rapid repetition and variation of motifs. The result is a representation of music that’s strangely silent, lending itself to accompaniment by Coltrane’s (almost wordless) composition – now easily streamable.

Visually, Coltrane is a more satisfying work than Parisi’s deliberately mechanical rendering on the later (published) Basquiat. Parisi channels the image of Coltrane himself from the most iconic photos and album covers, and in appropriate monochrome. He also channels comics’ masters of that form, like Guido Crepax and José Munoz, both of whom have also tackled jazz stories, Man from Harlem and Billie Holiday respectively. Crepax is evident in the cover’s dry-brush rendering, and the charmingly freehand detailing of the musical paraphernalia, while Muñoz is more manifest in the faces and bar scenes. A panel of Coltrane playing with Duke Ellington captures Duke’s face in a deft sweeps of a ‘Muñoz’ brush, and his shirt in more sinewy Crepax lines, while the instruments are a mix of Muñoz silhouette (piano), and Crepax detail (sax). Parisi doesn’t equal the graphic clarity of Crepax, or the lush expressiveness of Muñoz, but then who does? Parisi displays a fine sense of timing, exemplified when the band are introduced at Newport, where he intercuts silent crowd shots for anticipation-building pauses. It’s an effective and appealing result.

There’s a lot packed into these 120 pages. Parisi weaves through recurring themes like civil rights struggles (pictured), and Coltrane’s fascination with African and Asian culture. Spotters will delight in the guest-starring jazz legends, which also include Mingus, Monk, and Ayler. Occasionally the time jumps confuse. Does Coltrane perform on Davis’ classic Kind of Blue before or after the previously seen sacking? Also, we see the fatal on-stage collapse of bandmate Eric Dolphy, with no reaction for three years and thirty-odd pages. Ultimately though, this is a thorough, if fragmentary, tour of Coltrane’s life, and an appealing evocation of his music.