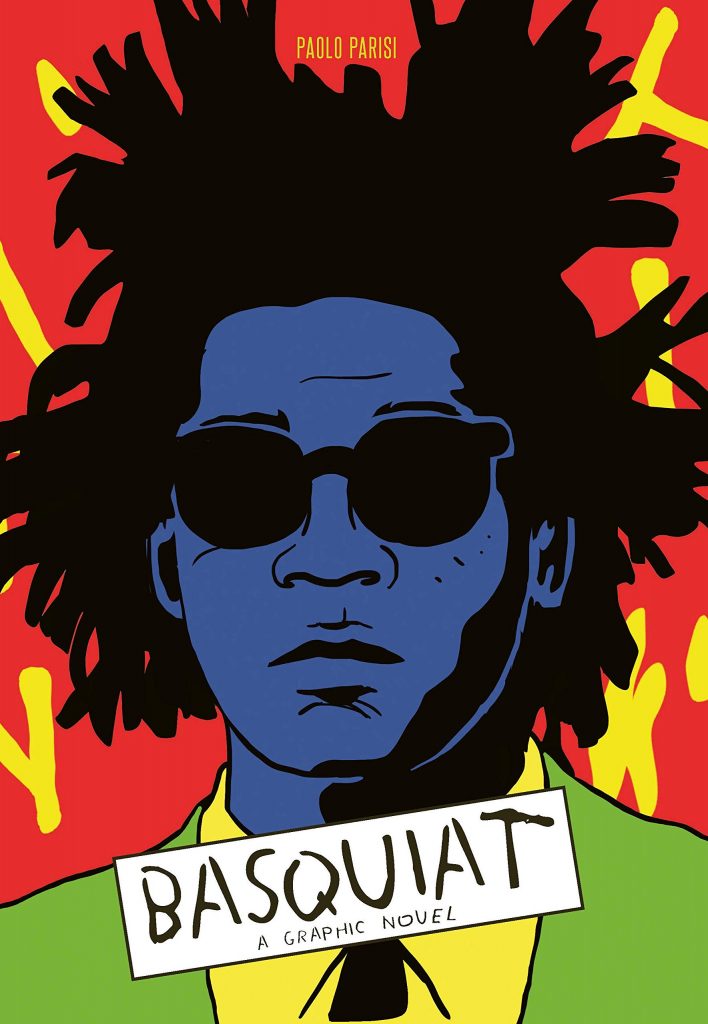 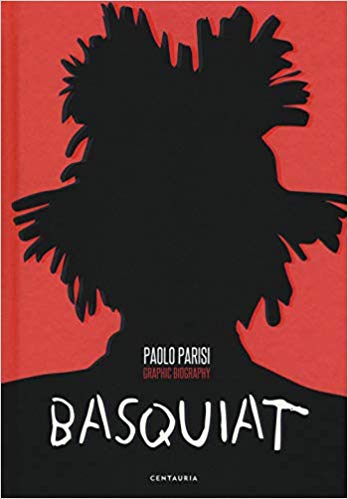 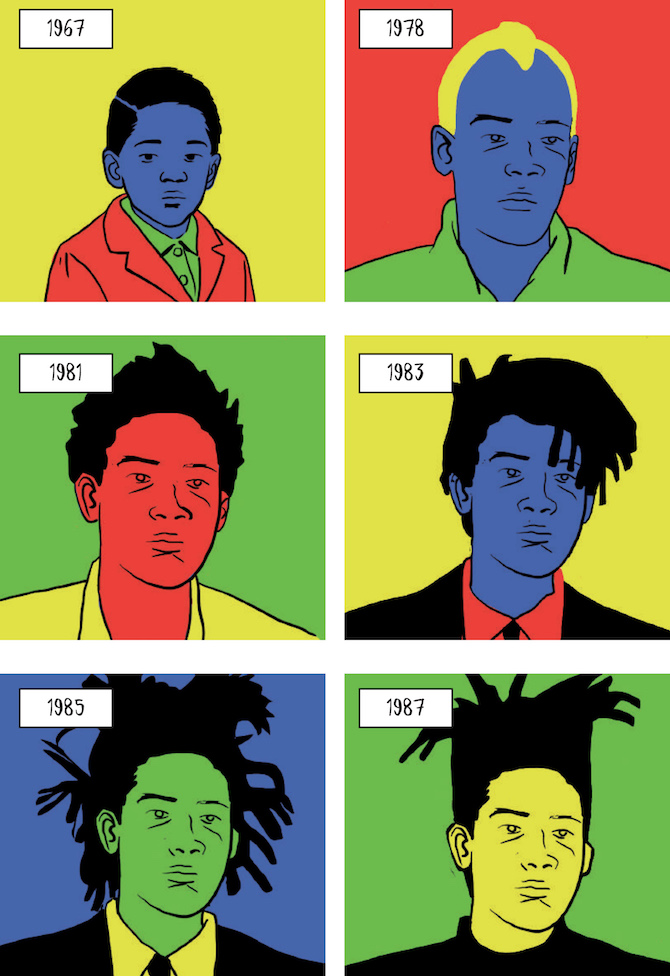 Jean-Michel Basquiat was a New York and global phenomenon. Blessed with both pop-star looks and precocious talent, his was a rapid rise from homeless graffiti artist, through Andy Warhol muse and art world enfant terrible, to youthful corpse.

It’s little surprise then to find Basquiat the subject of a graphic novel, though more of a surprise to find two in the same year, and those only months after a substantial chapter in Typex’ masterful Warhol biography. It’s hard not to feel for Paolo Parisi, arriving (by a matter of days) third to the party, as he must surely have been working concurrently with the others. Nevertheless, he shares with Voloj and Mosdal’s Basquiat, not only a title but the same structural device, starting with the subject’s death before working chronologically through his life.

Still, that life was fascinating, and Parisi captures the key events: his time in graffiti duo ‘Samo ©’, a move into the galleries, critical and financial success, and all against a backdrop of childhood accident, family breakdown, strained relationships, and ultimately a lack of fulfilment.

Parisi’s approach to this differs from Voloj and Mosdal’s novelistic, or ‘biopic’ account of that life, by incorporating elements of documentary film, notably voiceover style captions. It’s initially narrated by Jean-Michel’s father, followed by the artist himself, then intercut with a girlfriend, various curators, and (diarist over these years) Warhol. These perspective changes break the novelistic convention of being marked by chapter changes. Further lacking film’s visual anchors for who is speaking, this proves confusing. Parisi often includes a visual of the speaker, though a consistent device, like the inset panel introducing girlfriend Suzanne’s account, perhaps combined with palette variation, would have added clarity. The simulation of Basquiat’s diary entries, in itself a sound idea, here just furthers the sense of fragmentation. At first, the dialogue is clunkily functional, and there’s some unconvincing commentary (“Now I miss him more than ever”), but it improves. Parisi weaves quotations in more elegantly, like Warhol and Basquiat discussing a review of their joint exhibition, and has some nice segues and juxtapositions.

Unlike Søren Mosdal in the rival volume, Parisi doesn’t attempt to channel Basquiat’s expressive sketchiness. Indeed he goes to the other extreme, keeping his inking blandly reductive. This seems to reflect his background in architecture rather than more free-form arts, though his earlier book on jazz legend John Coltrane was looser, contradicting that interpretation. The colour here is similarly reductive, with only four flat shades. A trying-too-hard-to-convince introduction claims this reflects Basquiat’s early palette, but no combination of internet searches supports that – indeed, it’s more suggestive of Warhol. Nonetheless, Parisi combines the simple line work and colour to appealing and often witty effect. For example, the panel of the police visiting Jean-Michel’s father, is all midnight blue apart from circles of green and red signifying the flashing lights on their car. Another page has Warholesque multiple portraits of Jean-Michel over the years, in colour variations (featured image), like the older artist’s screen prints. Parisi can bring a fluid sensuality (think Mazzucchelli) to his line work when he wants, evidenced on some erotic scenes. Within these self-imposed constraints, Parisi finds fresh visual twists through to the end of the book.

Basquiat’s biography is all here, and often engagingly told, yet there’s a frustration that it could have been a better, more coherent whole, for some basic planning and editing.