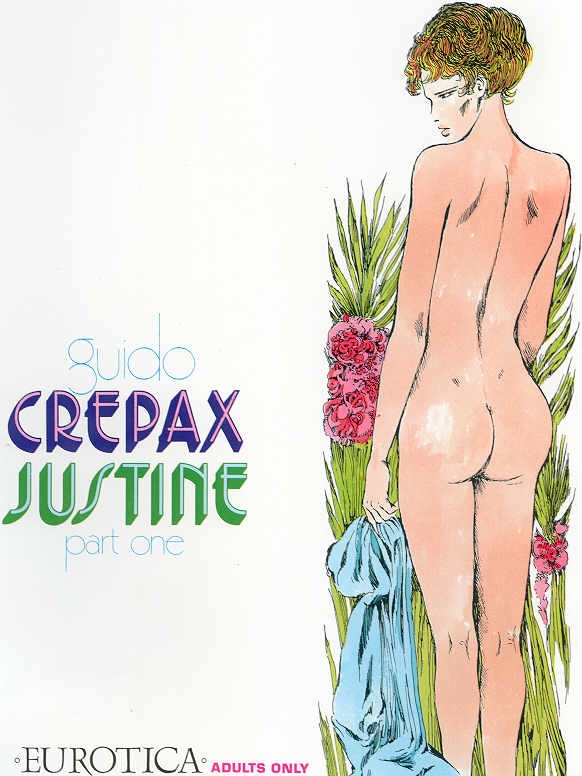 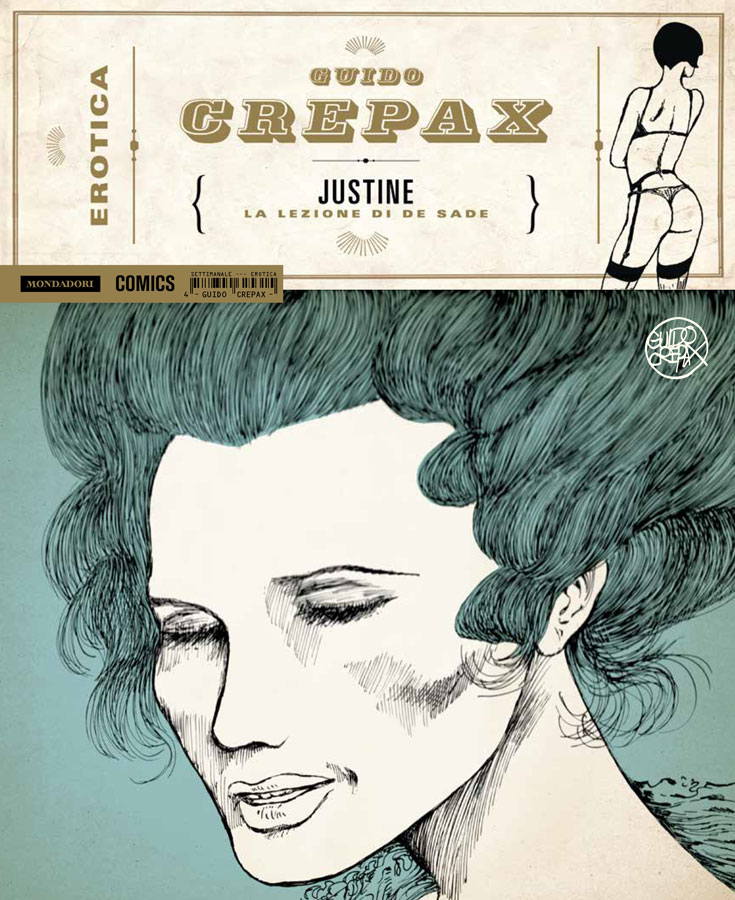 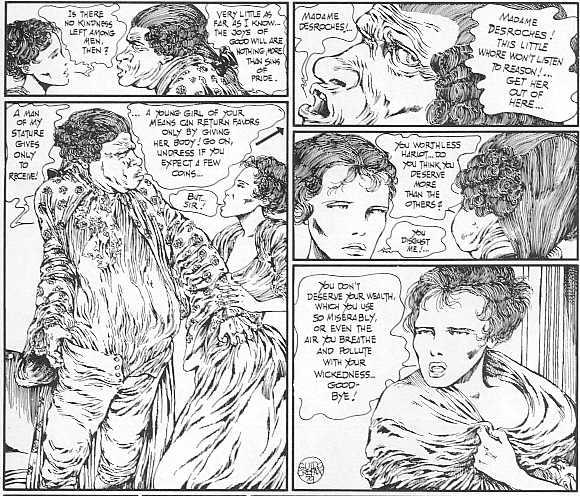 Guido Crepax first came to fame for drawing the swinging and often psychedelic adventures of liberated 1960s women like Valentina, who although billed as a photographer spent most of her time having sex in phantasmagorical settings. By the late 1970s he’d moved on to adapting the picaresque novels of the Marquis de Sade and other sexually-charged works such as Emmanuelle and Venus in Furs.

All of Crepax’s work is extremely stylised and ornate, with sprawling page layouts and lots of decorative embellishment. By this stage in his career there were few cartoonists able to shepherd their reader through a page as well as he could, and few able to draw such gorgeous, elongated women. There are also few who can draw sex so excitingly and innovatively using pattern, ornament and fetishised objects to put the reader in the middle of the indulgent and sensual world that overwhelms the characters. If you had to describe his work in one word, it would be decadent.

In adapting de Sade Crepax strips out a lot of the political content (you would be surprised how little sex there is in the body of work by a man notorious as a pornographer), but manages to convey the central points the novel is trying to make while indulging in lovely freeform page layouts. He also retains de Sade’s sardonic humour and his ‘story within a story’ structure typical of novels of the period in which Justine, on her way to be executed, tells her story to two mysterious travellers who encounter her on her journey to the gallows.

Justine concerns a penniless young girl cast adrift at the age of 12 to make her living after growing up in a convent, following her father abandoning his family, which causes the death of her mother. In contrast to her licentious sister, Juliette, Justine is virtuous and maintains her conviction that people are fundamentally good, no matter how they mistreat her. She uses what little money she has to live humbly for two years but, unable to find anyone to help her, is forced to take to the road to seek work. During her journey she continually thinks she has been saved, as when she is employed by the monks of a monastery, but those she trusts most exploit her the most.

Some of Crepax’s work is pretty sadistic, but in Justine he provides exactly the balance of titillation, instruction and moralizing at which the 18th Century picaresque novel excelled. This story can now also be found combined with The Story of O in a Taschen collection.