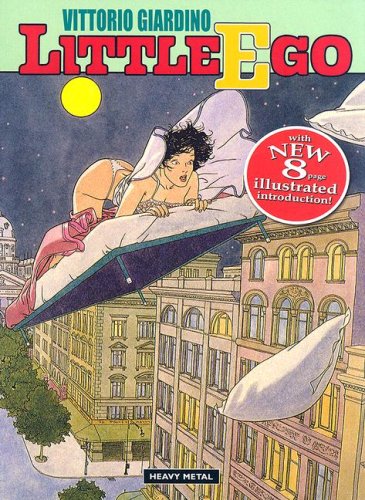 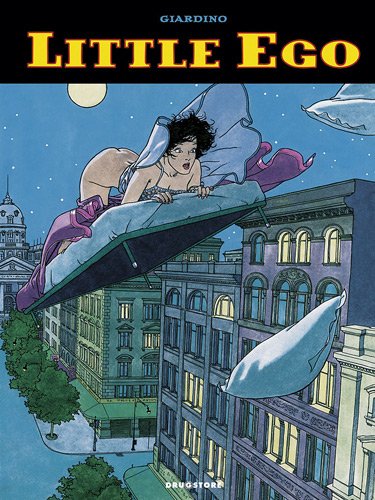 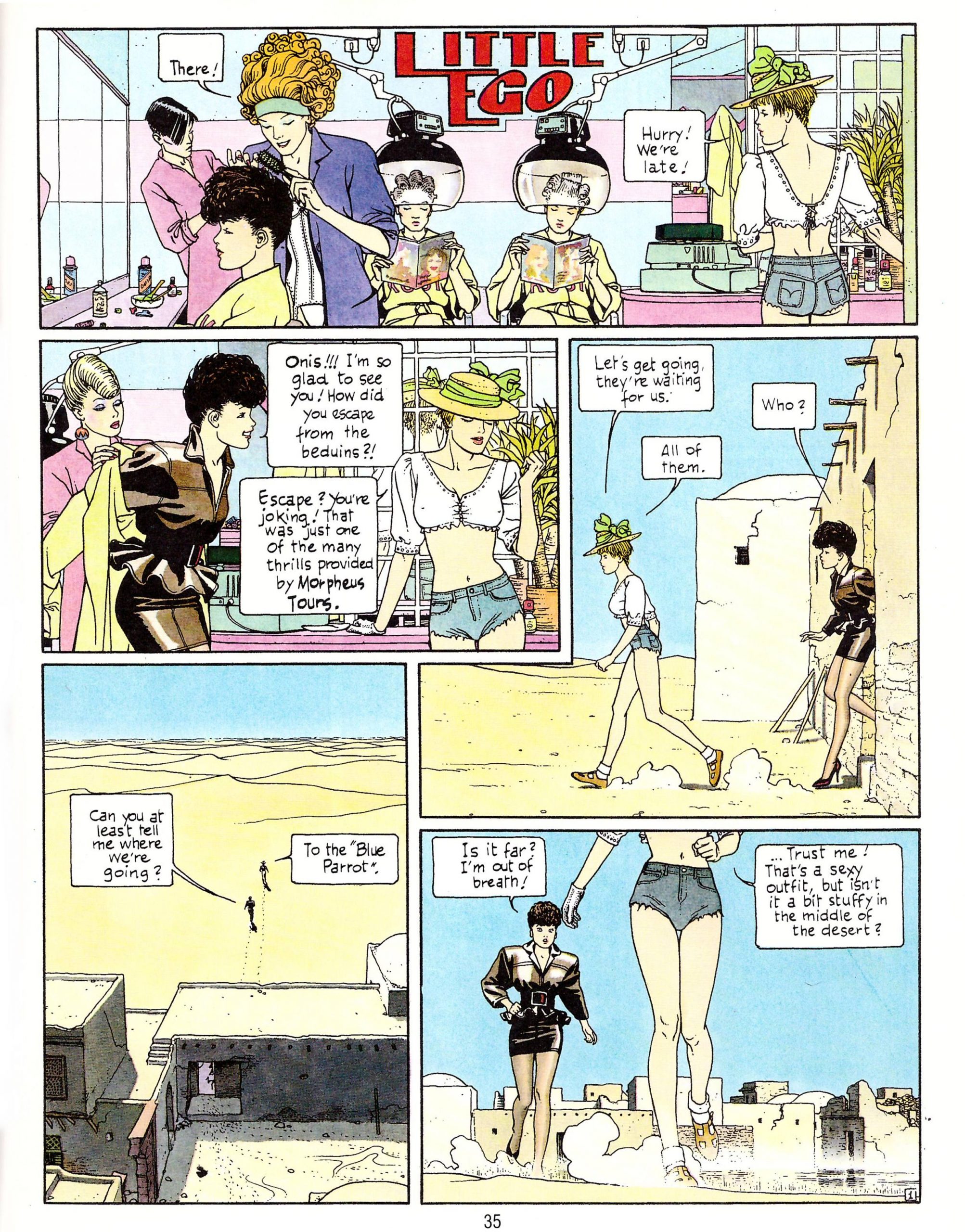 Little Ego is a very curious book, a sexy pastiche of one of the strangest comic strips ever conceived, Windsor McCay’s Little Nemo in Slumberland. While the desire to parody one of the comic strips’ sacred cows is perhaps understandable, the fact that it comes from the pen of Vittorio Giardino, left wing heavyweight of the historical, political drama genre, is even more remarkable. Who would have thought he had it in him?

Here Giardino is obviously trying to add a little of fellow countryman, and exceedingly successful pornographer, Milo Manara’s sparkle to his existing style of decorative page layouts, clean lines, long, elegant women, and detailed backgrounds. Produced from 1984-1989 for Heavy Metal magazine, the Little Ego stories lack the very light touch and breadth of vision McCay managed, but Giardino’s art here is more open and simple. A master of the Clear Line school, his work is always very detailed, often to the point where landscape swamps the characters, but for these stories he gives much more prominence to the figures and achieves a good balance between scenery and action.

In Giardino’s version instead of a young boy being transported during his dreams and flying through extraordinary fantasy world it’s a round-buttocked young lady who keeps falling asleep and enjoying bizarre sexual encounters – including copulating with a crocodile which manifests in her bathtub and lesbian action in a bi-plane! At the end of each brief scenario she wakes in her bed, shocked and wondering what her psychiatrist will think of her latest dream. After the first few shorts the chapters begin to fit together, and Ego starts an Arabian adventure in which she’s abducted, not entirely unwillingly, by a Bedouin and then taken to a harem from which she wills herself awake and ends the adventure.

Little Ego is lightweight fun and just a bit odd as well. Giardino is a very accomplished draughtsman, his ideas are perfectly serviceable if what you want is to see as many naked people as possible in a story, and his women are delectable. Somewhere along the line, though, his innate sense of decorum kicks in and the result is just a little bit too restrained, the sort of pornography you could imagine your parents looking at.