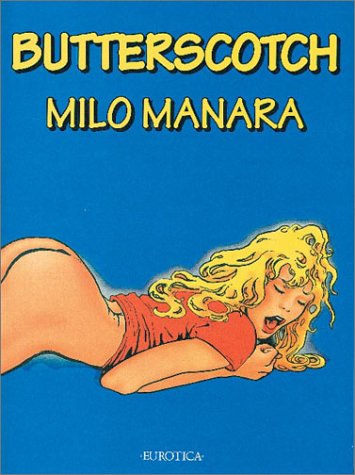 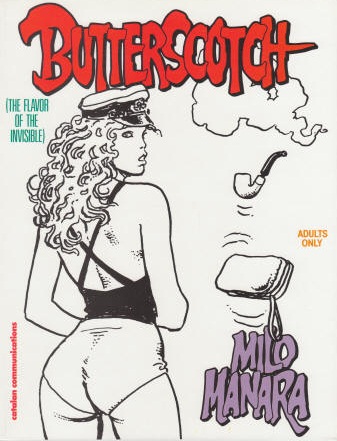 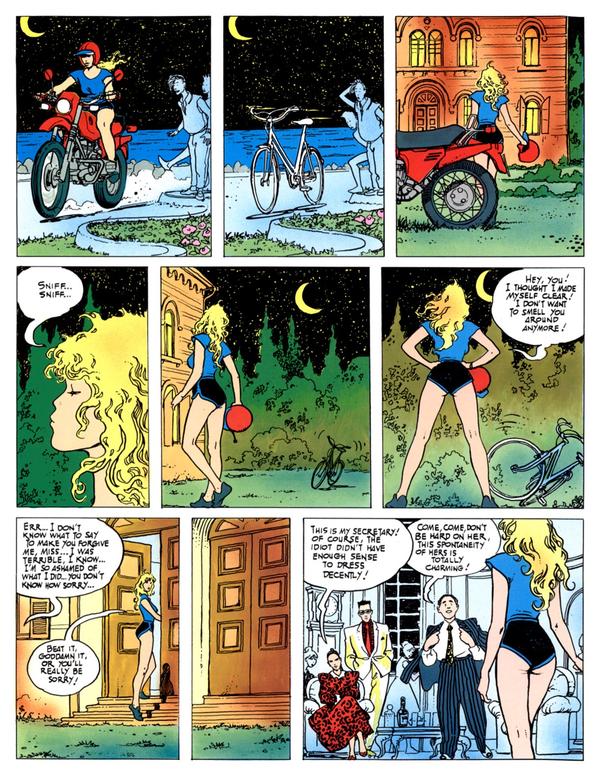 Of all Milo Manara’s sexual graphic novels it’s the first Butterscotch story that best combines the comedic whimsy with erotica in an engrossing plot. The title comes from the distinctive smell of a lotion developed by a lovelorn professor to approach the protected Beatrice, the ballerina he lusts after from afar. When applied it renders any object or person invisible.

Manara’s art is at a 1980s peak in Butterscotch, refined, with every line elegantly applied, yet also rich in detail and motion, and a testament to the power of suggestion. Most of the sexual contact is with a person who’s invisible, so Manara’s portrayal requires very specific body language, yet it never seems posed or ridiculous, and toward the end of proceedings there’s terrific use of stage props against an apocalyptic background. Honey is also Manara alighting on his ideal woman, as she’s also used in his Hidden Camera shorts, and depicted under different other names in so many of his other erotic works, almost as an actress taking on other roles. It results in some beautiful figure studies here.

Although it may not seem that way at first, a sentimentality and lightness of touch is also applied to the plot. Manara almost seems to be satirising sexual comedies in which women lose their clothes in the most ridiculous of circumstances, merging that with silent film slapstick as Honey’s destiny becomes entwined with that of the misfit professor. At it’s heart, the plot is an inspection of voyeurism, both that of the professor and the uses to which he puts his ointment and that of the reader. The one problematical element is the violence. Manara characterises the professor as a nerdy misfit, and as such childishly violent temper tantrums are consistent with his personality, but repeated scenes of his hitting Honey disturb.

A second Butterscotch story followed in 1995, this featuring a different woman, and both are collected in the third Manara Erotica collection. As the colouring is hardly refined, its absence there is no great loss. 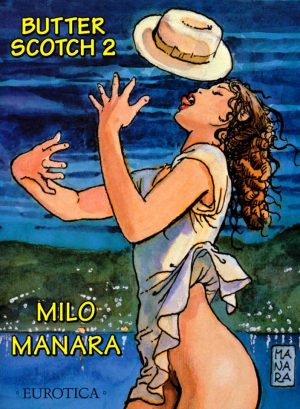