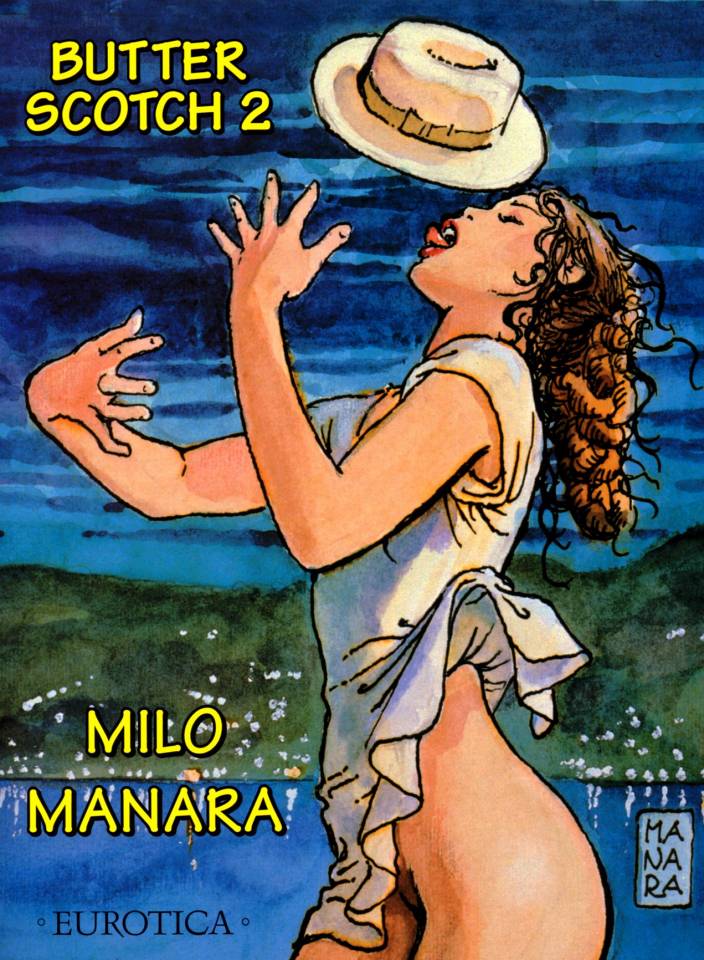 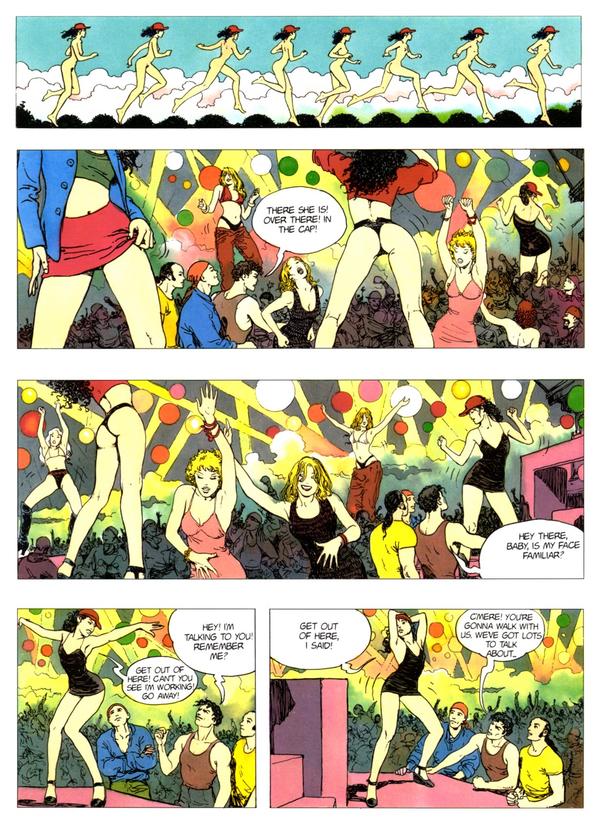 An abrupt start leads us in. A women has heard of the Professor’s invisibility ointment, and is determined to have some. To this end we begin with the Professor tied to a post in an empty room as she cajoles him for information. He denies such a product exists, and she’s very clear she wants it for criminal purposes. A clever farcical sequence follows, the best in the book, and thereafter, very gradually, more people come to know of the invisibility lotion.

This is a far more episodic story than its predecessor, as Manara links short pieces via the invisibility serum, but the connections are tenuous rather than having the feeling of feeding into a bigger picture. Voyeurism is again at the heart of matters, now more explicitly, with Manara producing an intrusive three page section of individual panels detailing what an invisible person might see. It’s one of a few sequences lacking a logical basis given the way it’s revealed, and another is a dance club with no bouncers. As previously, a curious co-dependent relationship develops from the original antagonistic circumstances, but the sexual content is more explicit than in 1986. It’s not as subtle because sex with someone invisible, so well illustrated then, is barely on the agenda here.

Manara drew the strip to unusual dimensions, so each page of this translation is topped by a lovely panel of figure studies, as the never named heroine runs naked from left to right. Manara in 1995 worked in a looser style, and this becomes sketchier still toward the ending, but Manara loose and sketchy is still better than most comic artists at their best. The love, though, is poured into the first half of the book, while the remainder lags behind.

The ending is traditionally the weakest aspect of Manara’s sex stories, and that’s again the case. This does have a conclusion, but it’s as daft as many of the preceding pages, and as abrupt as the start. It stems from a criminal’s master plan, but it’s not one that makes much sense by any account, and seems primarily an excuse to shove a stick of dynamite up our lovely lead’s bum. That’s the level Manara’s working with here, enjoying drawing the naked woman as usual, but lacking inspiration when it comes to the plot.

This is also available in Manara Erotica Volume 3, with an improved translation addressing a couple of the incongruities here, but lacking the colour, although as that’s not very subtle, it’s hardly essential.