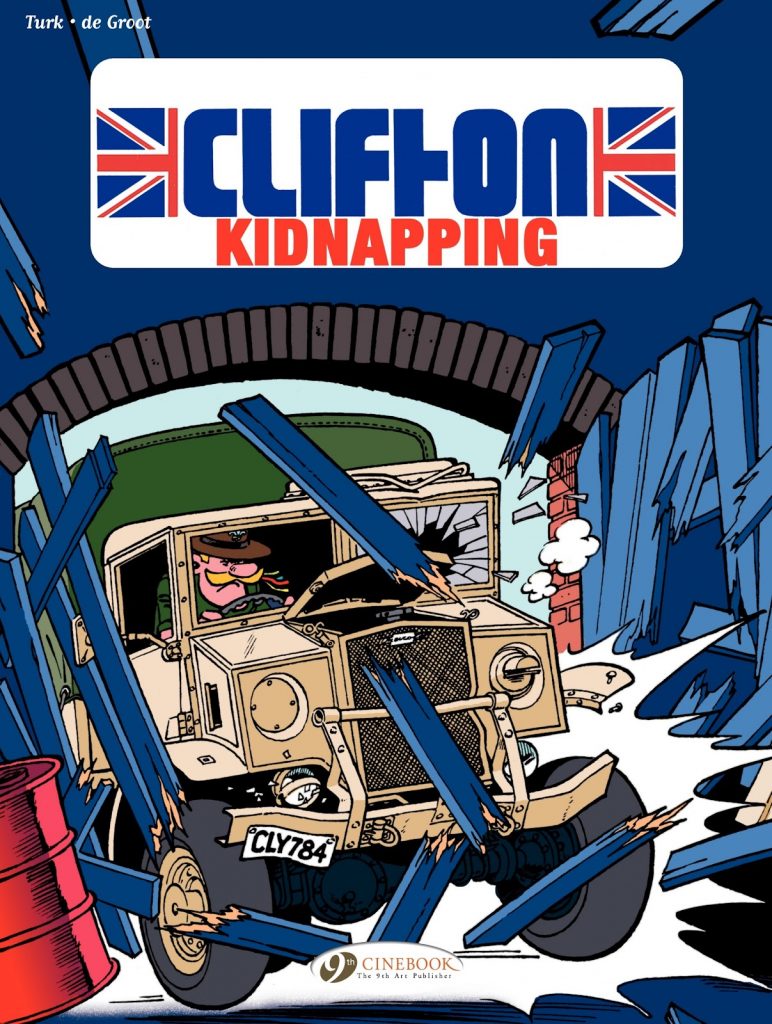 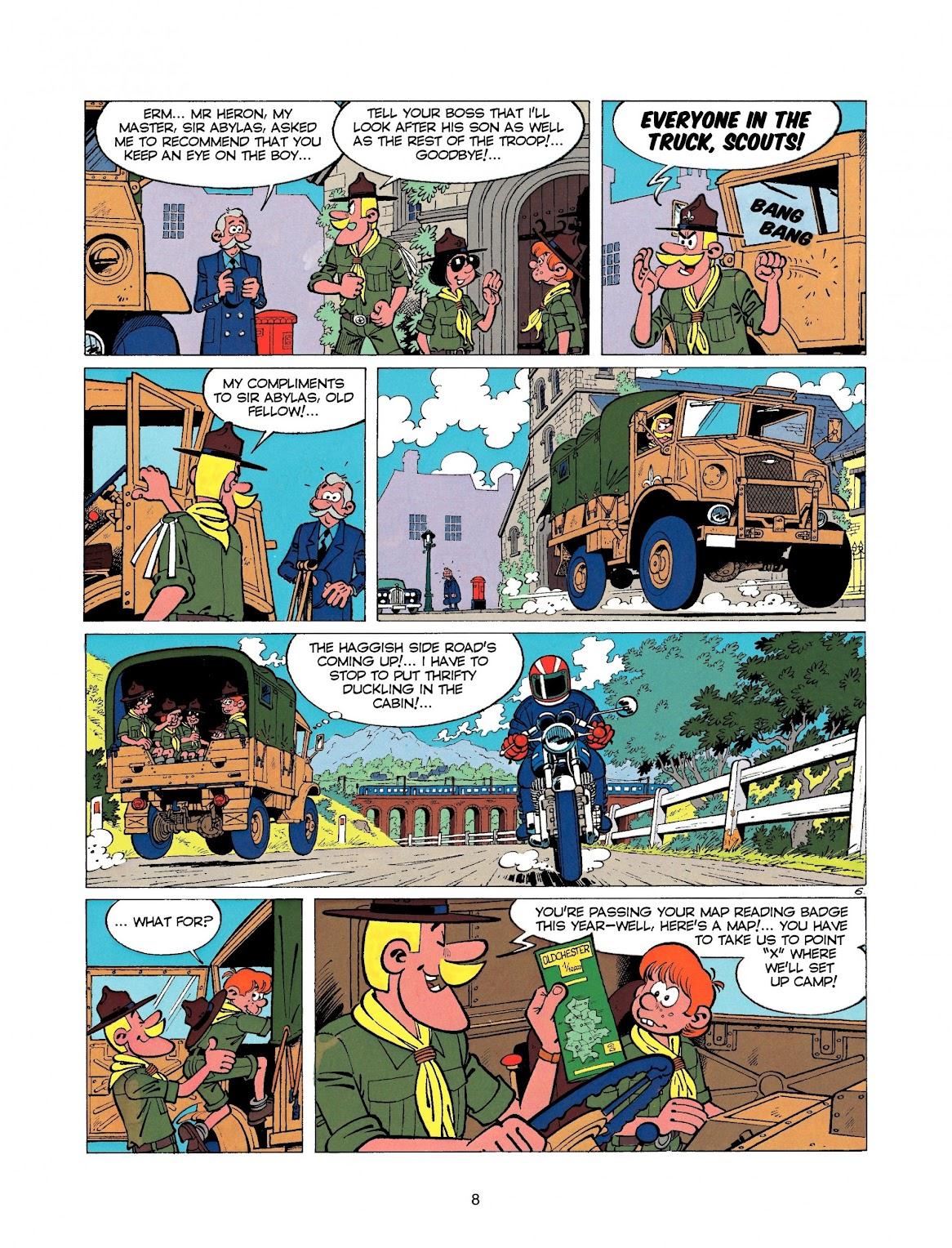 Colonel Sir Harold Wilberforce Clifton is an infallible former agent of Her Majesty’s assorted security forces who has a great deal of difficulty dealing with being put out to pasture in rural Puddington. He therefore takes every opportunity to get back in the saddle, assisting the Government or needy individuals as an amateur sleuth whenever the opportunity arises. He occupies his idle hours with many good deeds as befitting a man of his standing and service, and is particularly dedicated to sharing the benefits of organised Scouting with the young generation.

Dipping back from the 21st century Jade as it was originally released in 1983, Kidnapping was Bob De Groot and Turk’s last collaboration, and wraps up their mock-heroic shenanigans in fine and foolish style. Don’t worry, though, as it’s followed by De Groot’s 2006 contribution to the Clifton canon, Elementary, My Dear Clifton.

This rollicking comedy crime caper begins with the old soldier and his fiery, ferociously competent, multi-talented housekeeper Mrs. Partridge preparing for a big camping trip for a motley crew of fresh-faced boy scouts. Even after his own haphazard preparations are finally completed, Scoutmaster Clifton’s departure is further delayed by the stylishly late arrival of the troublesome son of wealthy and obnoxiously prestigious Sir Abylas Chickenpiece.

Finally, however, the troop is underway and before too long they are setting up camp in an isolated patch of woodland. After organising jobs for the lads Clifton begins his own chores, setting tests for the boys trying out to win merit badges and catching a crafty snooze when he thinks nobody is looking.

It’s a very bad move. When the spoiled and appropriately codenamed “Distinguished Peacock” sets off to gather firewood, he’s pounced on by thugs working under the careful instructions of an obsessive porcelain collector who is well aware of the worth of the Chickenpiece Fortune.

A furtive observer to the crime, poor but honest “Thrifty Duckling” sees his companion being abducted and cunningly hides himself inside the getaway car, so when Clifton is made aware of the crisis he feels painfully responsible for the loss of two boys in his care. Angry and insulted, the irascible Colonel eschews contacting the police and determines to give his remaining charges a lesson in the value of his scouting techniques by tracking the kidnappers to their lair and personally apprehending them.

A classic chase, memorable confrontation and a Boys Own conclusion is the happy result of Clifton and his diminutive team working together, and when the action ends the reunions and subsequent outdoor celebrations are all any stout-hearted lad could hope for.

Funny, fast and furiously thrill-packed, Kidnapping has our Old Soldier in a craftily-concocted adventure romp It’s sufficient to astound and delight devotees of simpler times whilst supplying a solid line in goofy gags for laughter-addicts of every age to enjoy. 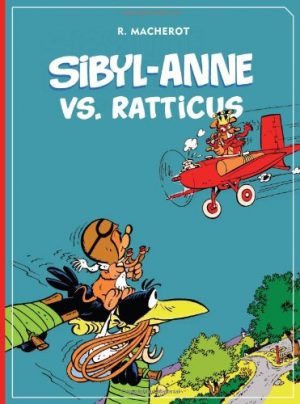