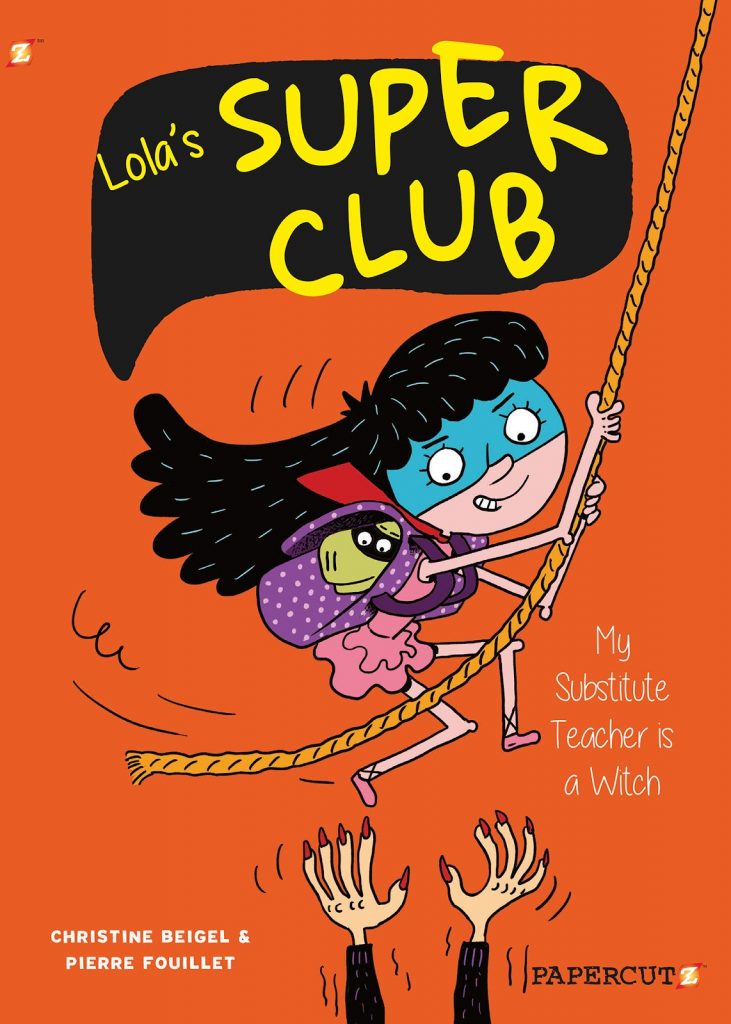 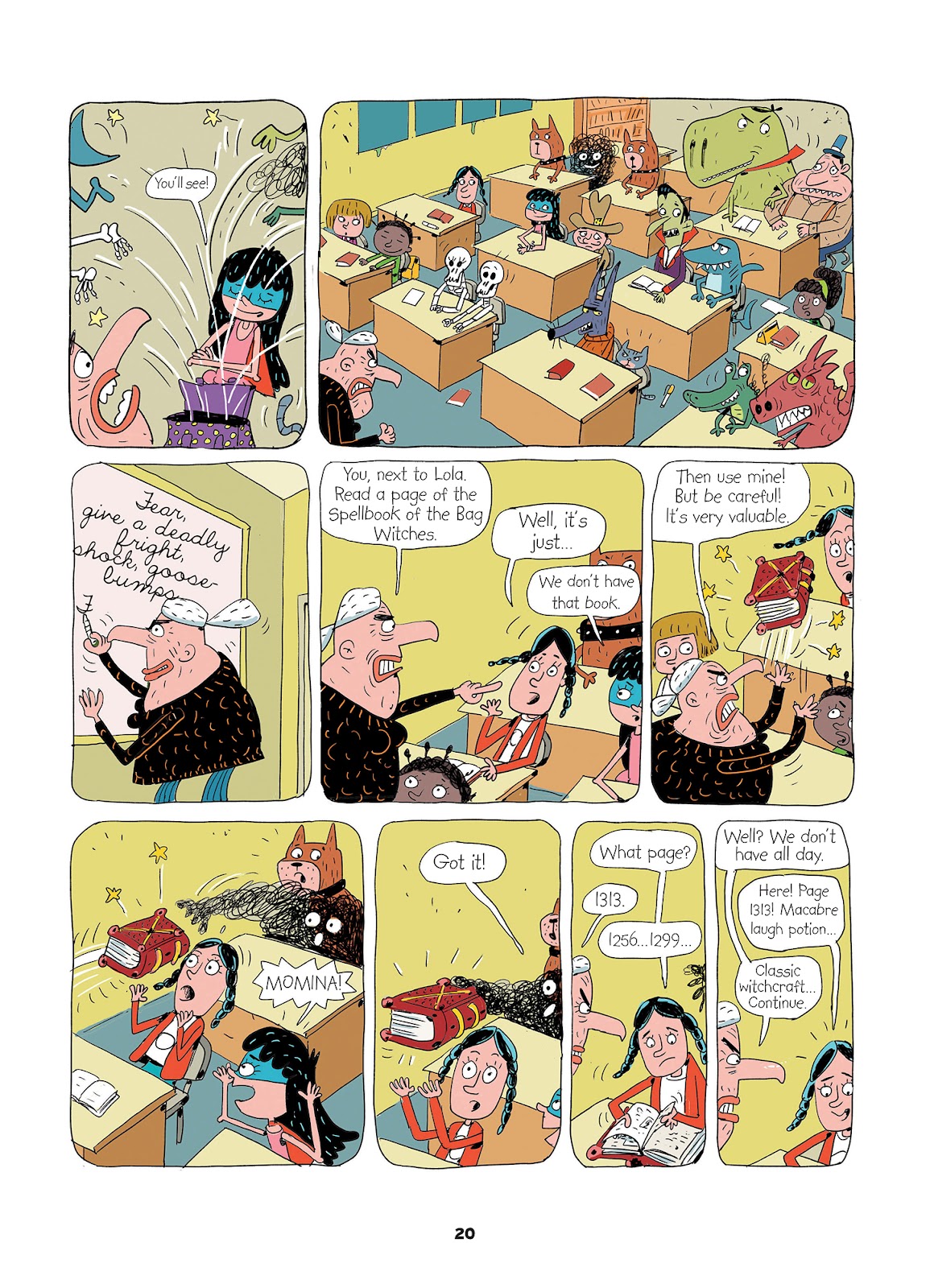 Lola’s Super Club takes the conceit of Toy Story one step further, because not only is Lola aware her toys come to life, they accompany her on her energy-rush adventures. In My Dad is a Secret Agent Lola and her super club foiled the plans of Max Imum not once, but twice, including once when his evil witch mother was helping out. Hang on, though, just who is that substitute teacher with the unpleasant attitude who’s fitted trapdoors beneath the classroom floor?

The first outing for Lola’s Super Club was two adventures rocketing off at such a pace readers could barely collect a breath before the location changed. Here Christine Beigel and Pierre Fouillet tone things down a little with more considered plots. The first story takes place almost entirely in Lola’s school. It’s still the Super Club dealing with a variety of menaces, but they’re concentrated in one building. In order to save her friends, Lola has to overcome a variety of tests set by the substitute teacher, who doesn’t allow failure.

Fouillet’s art is just as creative as before. He makes the most of the hilariously ridiculous situations Beigel throws at him, and the panels are just as packed as they were last time. Because there’s more room for them with fixed locations, he includes lots of visual jokes. The result of the skeletons being caught in the X-Ray machine is one.

‘My Grampy is the King of Sports’ is another collection of escapades framed around a single theme. Lola notices that the villains from Fiendish Falls have entered the Olympic Games. She can’t have them cheating their way to medals, so quickly gathers her Super Club for a Friendly Falls team. This is no ordinary set of games, though, as Beigel lets her imagination fly to create Uphill Martial Arts, Surfing Fencing and Weightlifting Ping Pong among mixed and matched oddball creations.

Obviously Lola and her Super Club save the day both times, and getting to that point is even more fun than first time round because there’s been more thought applied to the plot. This time it’s not just rushing from one place to the next, and the stories are better for that, with the Olympic Games outing the funniest yet. The two translations combined for My Substitute Teacher is a Witch mean Lola’s English versions have caught up with the original French books, which probably means no more for a while. What a shame.