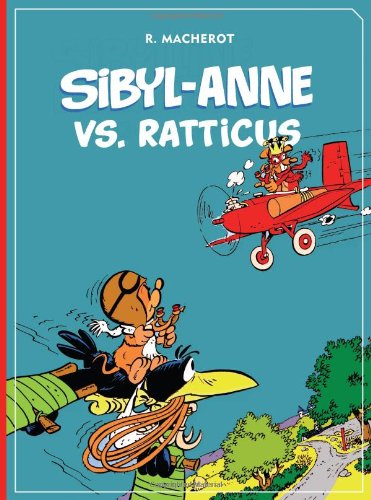 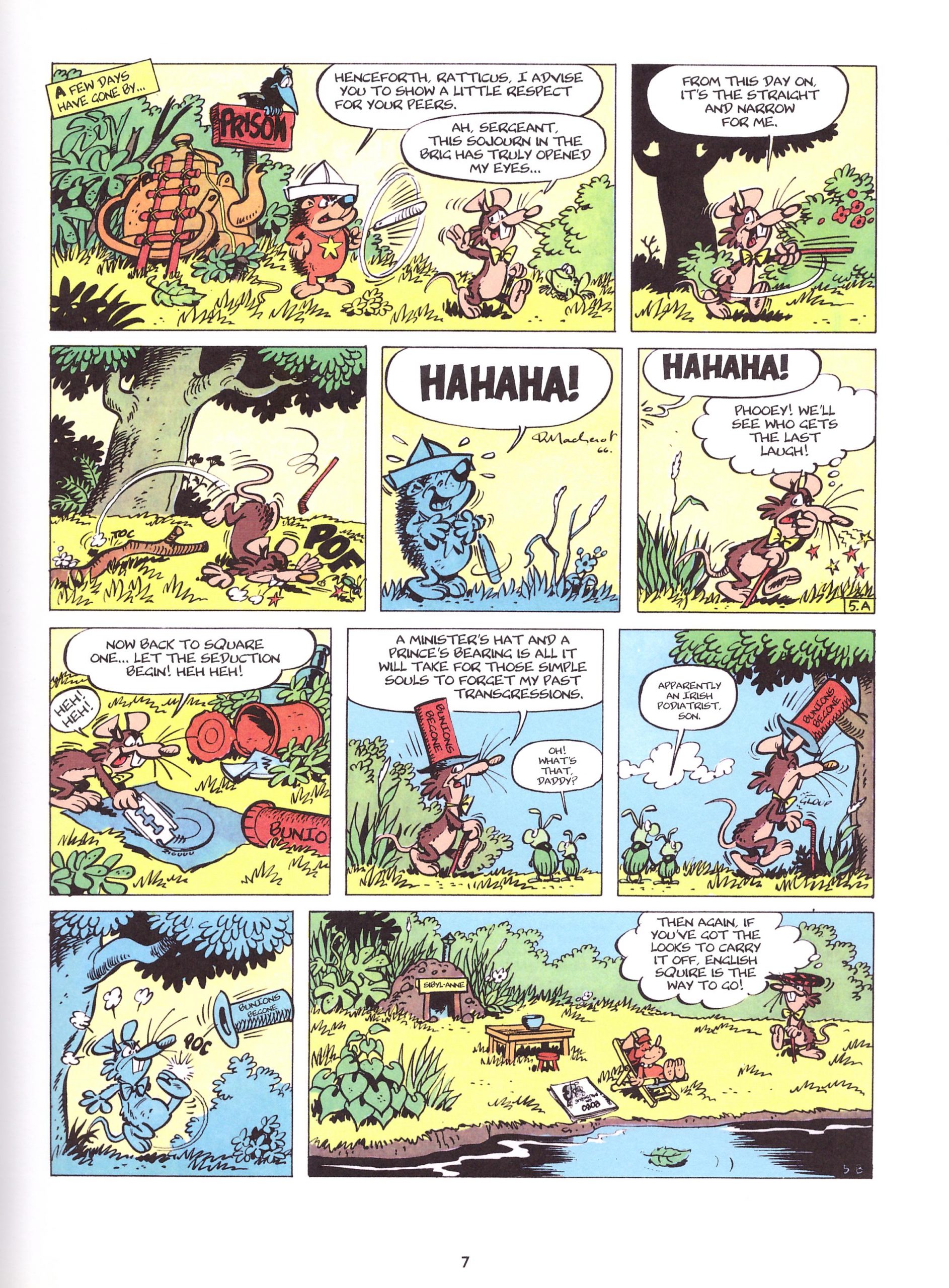 Raymond Macherot’s Sybilline series, here Sibyl-Anne, is a much loved Franco-Belgian classic, Macherot himself producing eleven volumes between 1967 and 1985, after which others continued the series. This is his second story, although the timeless nature of the cartooning gives no indication that it began serialisation in the mid-1960s. Macherot’s is a slapstick funny animal world, with Sibyl-Anne a plucky and resourceful mouse who stands for no nonsense. In this instance she’s pitted against the wily Ratticus, freshly evicted from the local castle, and whose welcome soon wears out when he tries it on with too many of the forest locals. He vows revenge when run out of town, and no-one recognises him when he returns in a bonnet disguises as a kindly woman.

A healthy helping of the absurd characterises Macherot’s plot, as Ratticus is a determined enemy, and once slighted isn’t one to let a grudge go, so situations keep escalating until at the end we reach the scene pictured on the cover. In terms of funny animal comics, Macherot’s cartooning sets an incredibly high standard, his creatures sympathetic or scheming as necessary, but rarely without charm. It’s joyfully anarchic when needed, and yet the bucolic countryside is beautifully supplied, the cast embedded in nature.

Influences are seamlessly worked in, the likes of The Wind in the Willows able to be spotted, but never derivative. It’s the art that really carries the story, though, which is extremely episodic, and for a title character Sibyl-Anne herself is almost reduced to background status, largely passive other than during a couple of decisive scenes. It’s not art you’ll ever tire of, but the story isn’t compulsive. Fantagraphics, though, have done Macherot proud with a nicely produced hardcover at European album size. They announced a second translation, Sibyl-Anne and the Honeybees, but this was never published.