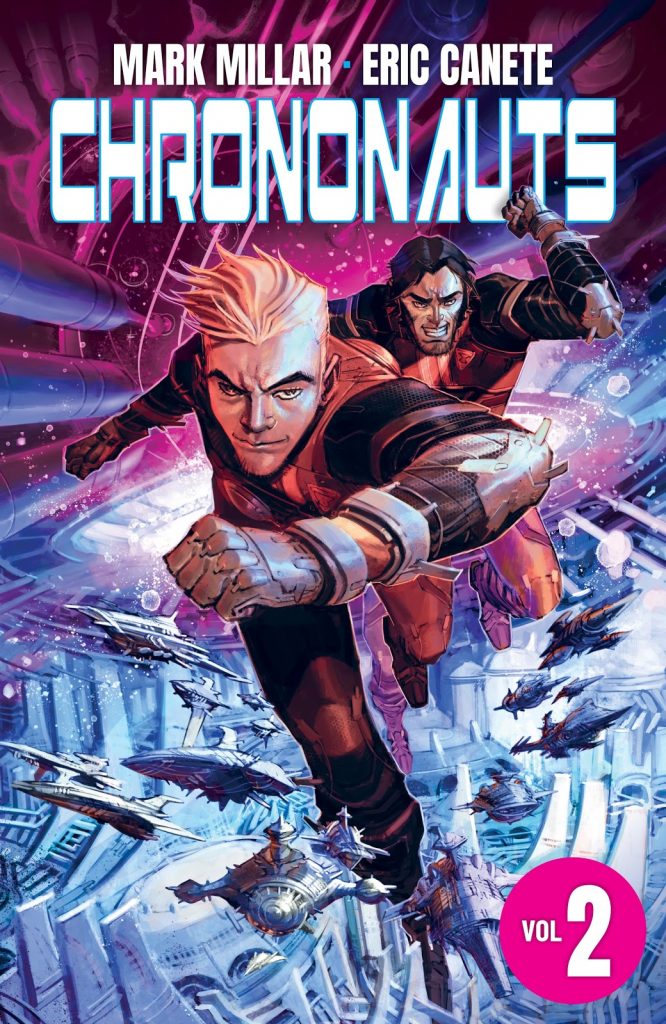 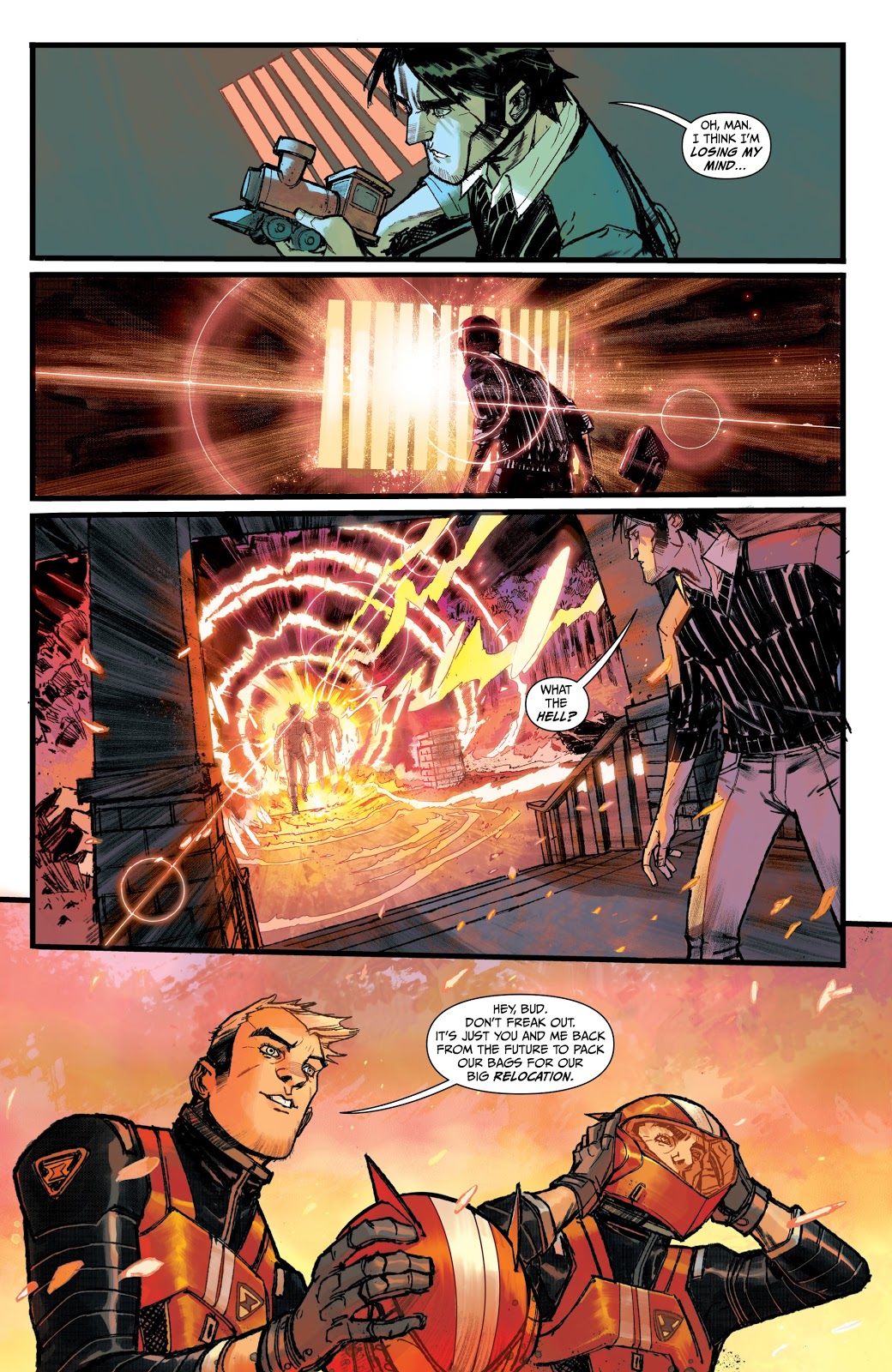 We’ve already met Danny Quinn and Corbin Riley, the research scientists who’ve developed the technology enabling them to visit the past. Because the present day is unaware of happened during their first outing as Chrononauts, they returned home considered heroes and their acclaim remains high. While journeys to the past have proved a success, trips to the future have so far stalled. That’s about to change.

It seems someone travelled back in time and changed the artist, as it was Sean Gordon Murphy last time round, but this is the work of Eric Canete. He’s adapted his own style to approximate Murphy’s deceptive looseness, but he’s not Murphy, and his action, character and detail is more generic. The same applies to Mark Millar’s plot. It seemed that way last time round, and Millar pulled one over on everyone, but this never moves beyond the idea that if something seems too good to be true, then the likelihood is that’s the case. Because Millar is a superior purveyor of imaginative cinema-style action there’s plenty to divert the attention as the plot pays out, but the substance is absent.

Millar glosses this over with a barrage of funny asides about assorted matters. “We had a far right political riot last night”, announces a man who keeps time straight, “but we figured we could neutralise it by adding a video game called Pong to the timesteam circa 1972”. What everything distils to is the sacrifices that have to be made in the past to keep the present idyllic. Millar grew up reading ‘Tharg’s Future Shocks’ in 2000AD, and Chrononauts Vol. 2 reads like a compressed greatest hits, all those anomalies thrown into a single homage, and like those stories, the results are often predictable.

Because this is Millar there’s a base level of enjoyment, but he’s not matching his 2015 self, and Canete’s art isn’t Murphy. 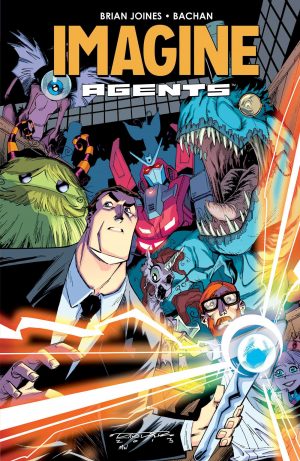