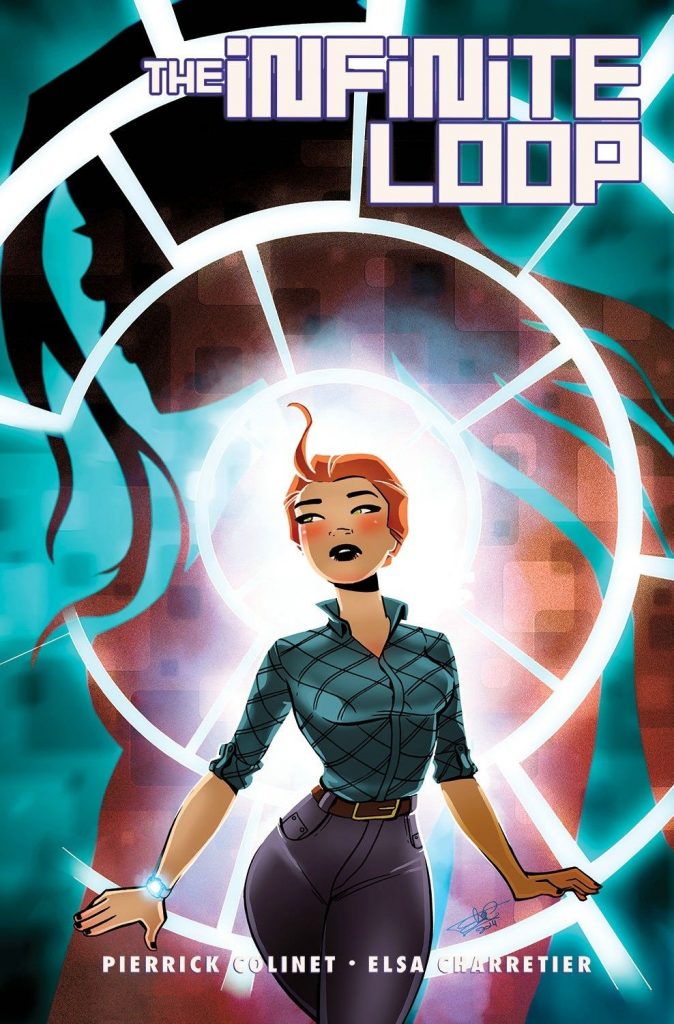 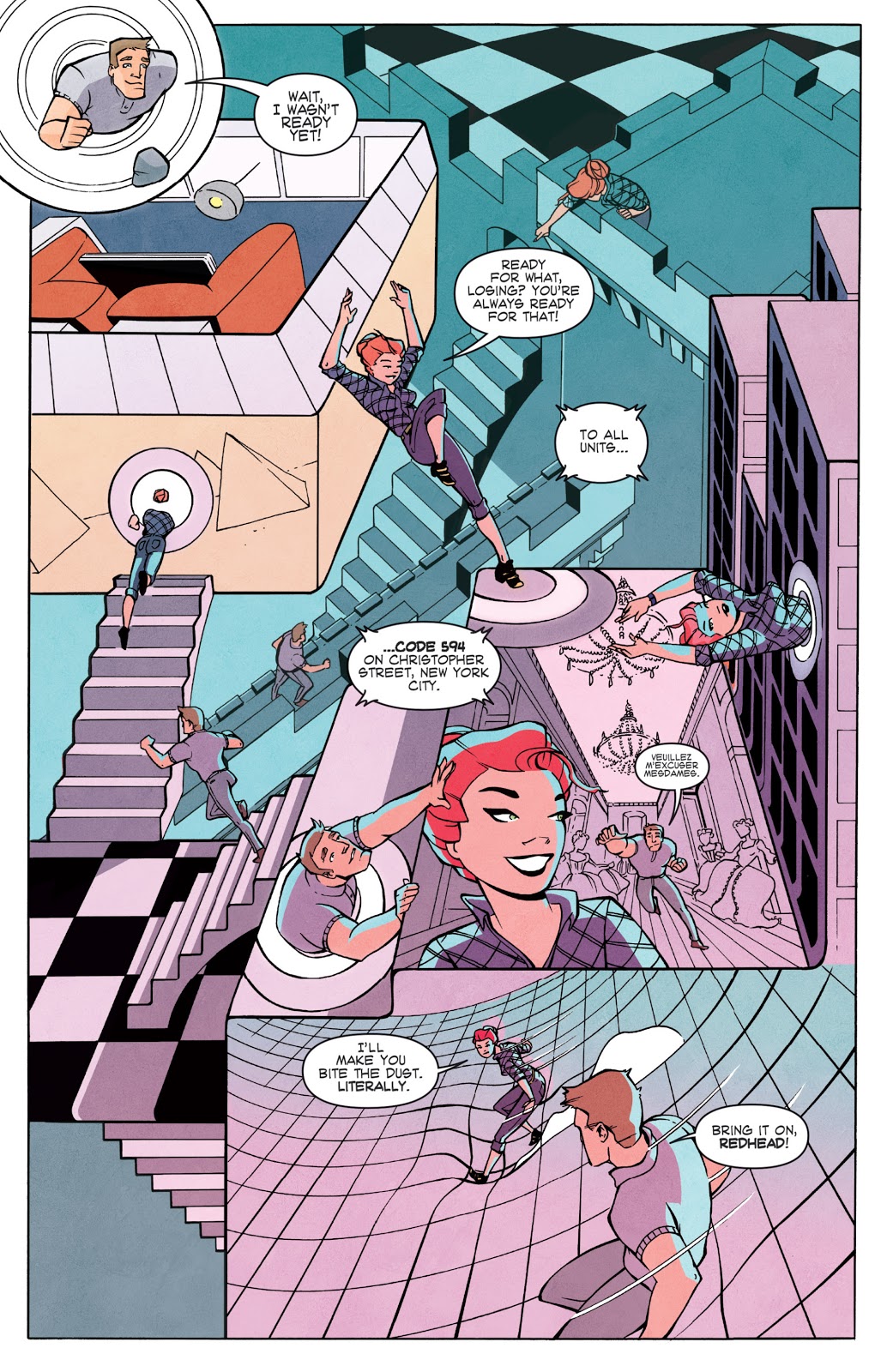 Teddy’s job is to ensure time remains constant. Plenty of people want to alter it, and she notes the birth of Abraham Lincoln attracting a large amount of potential tamperers. She’s very proficient at what she does, Pierrick Colinet slipping the complexities of maintaining the timeline into the opening chapter. That complexity gives artist Elsa Charretier one hell of a job to do breaking down shunts and slips into other places into easily understood chunks. One of the essentials is that constantly shunting through the past affects the memory, and two to three years is the maximum advised. When we join Teddy she’s into her fourth year.

The Infinite Loop’s complexity is both its strength and weakness. The strength is that it’s fairly well unlike any graphic novel you’ve read before, always presenting some imaginative new discovery, but the constant shifting of the possibilities means anything can happen, and that’s used a little too much. However, Colinet isn’t just interested in presenting a novel science fiction story, he’s commenting on what some people would consider a perfect society, one that arbitrarily labels some people as an “anomaly” and employs zealous armed agents to wipe them from existence. Inflammatory language is used along with double entendres, initially seemingly identifying those considered to be anomalies, but a later explanation to an extent negates this. Same sex attraction plays a large part, but while the relationship is convincing, the visual portrayal is idealised and objectified. Otherwise Charretier is great, producing ever more stunning pages as she has to process ever more complicated storytelling elements into something easily understood. Backgrounds morph, pages slip in and out of reality, multiple Teddys manifest, yet Charretier presents everything attractively, and comprehensibly, with the bright, flat colours very expressive.

Signs of the time include holding up the subsequently fatally conflicted Aung San Suu Ki as a paragon of virtue, when she’s now more representative of other attitudes explored. Yet that’s also strangely prescient as the longer it continues, the more The Infinite Loop delves into the mechanics of corrupting power, on several levels, Teddy as guilty as others, and including gender responses. By the end Colinet has slipped too far into preaching, and what’s intended to be an inspirational epilogue lands with dull thud, but not enough to negate the imagination of what we’ve already read.

Clarity was always going to be compromised in a story where reality keeps shifting, and given other issues addressed, that may be part of Colinet’s point. It leaves The Infinite Loop as a sometimes breathtaking, and always mind-boggling science fiction adventure with sympathetic lead characters, but one that doesn’t quite gel throughout. However, better something with this type of originality than merely following formula. It was successful enough to prompt a sequel in Nothing but the Truth.