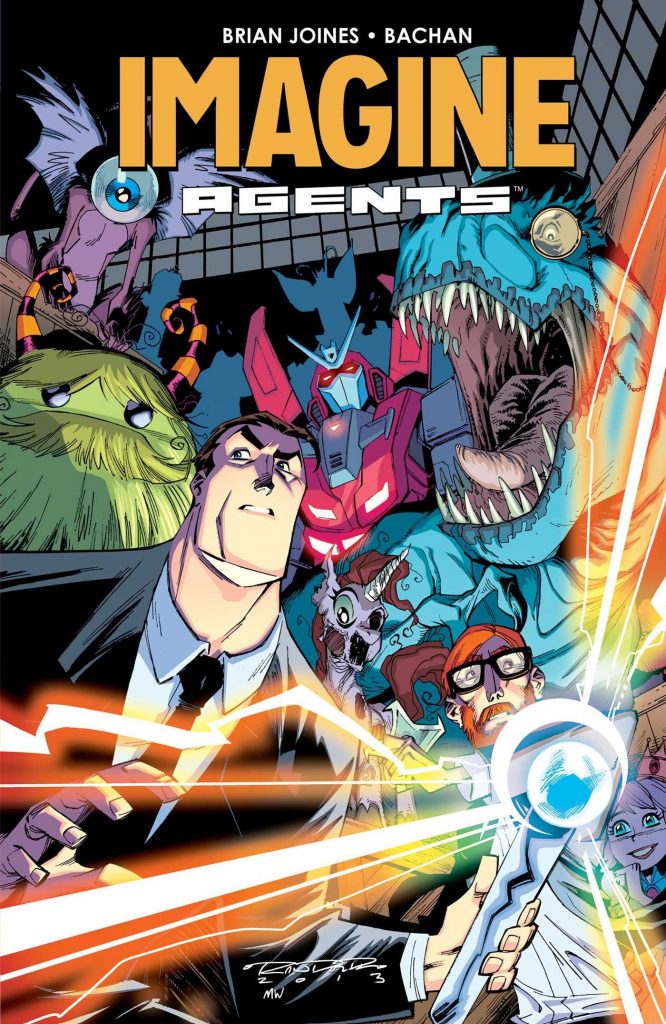 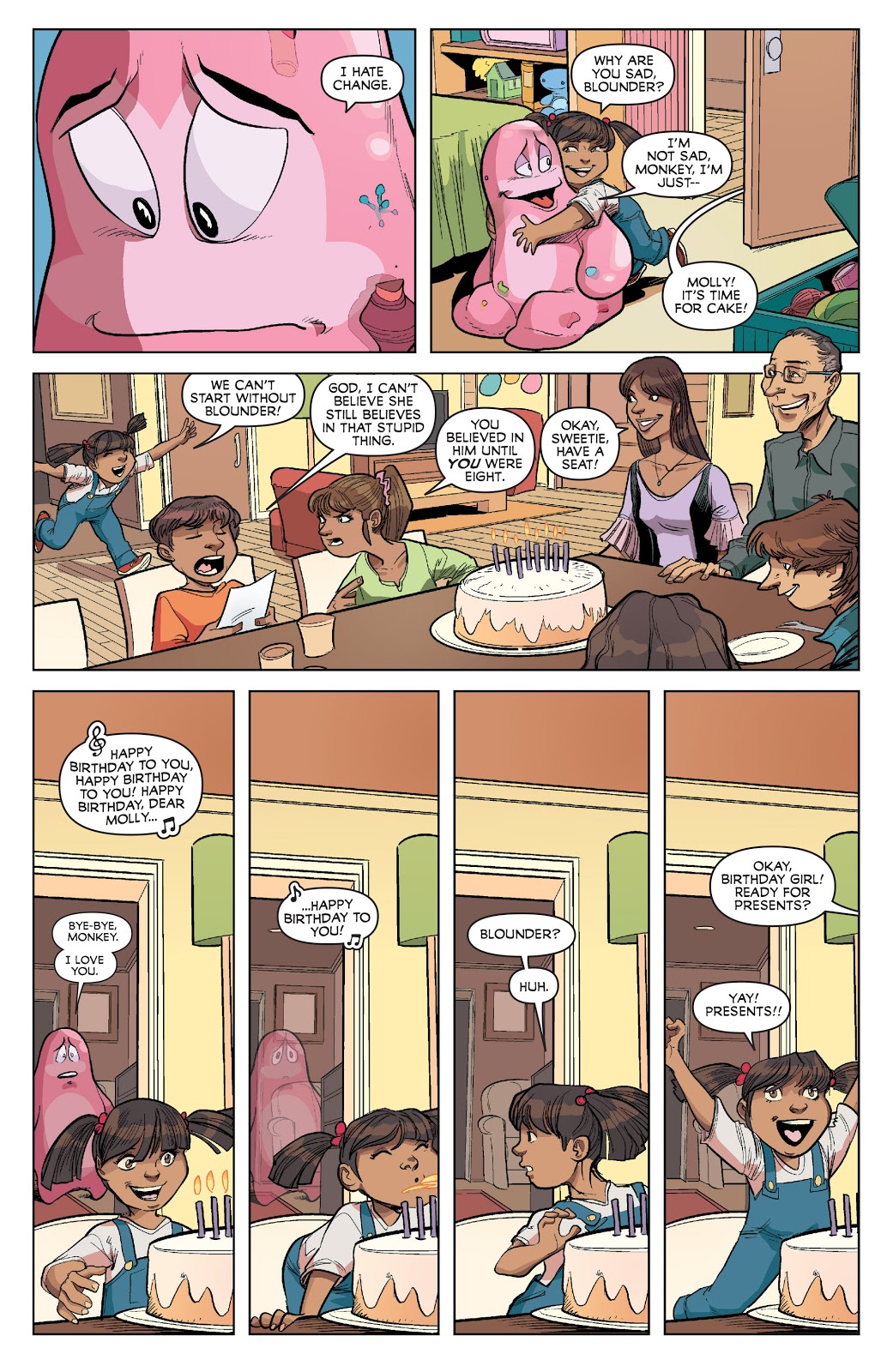 Brian Joines has a neat concept behind Imagine Agents. What if the imaginary friends that children have are actually real? Kids can see them, but most adults can’t. Unless they have special technology, which is where Imagine Agents swerves into Men in Black, after which the comparison is only avoided with difficulty, although with the primary child being called Elliot, other nods are included.

There’s been accord between humanity and other realms whereby intrusions of imaginary creatures are tolerated until children reach their eighth birthday, at which point the creatures are shuffled off to the equivalent of a retirement community. What Joines investigates are the consequences of not every imaginary friend being prepared to go quietly. Tasked putting an end to that are uncomplimentary pair Agent Slatern, the gung-ho equivalent of Tommy Lee Jones’ Kay, and Agent Snowgoose eager and well intentioned, but seemingly incompetent.

Mexican artist Bachan is the guy who really brings Imagine Agents to life. The assorted creatures he designs are wildly varied, as wild and varied as children’s imaginations, in no way designed to slot together smoothly as a conceptual theme. They’re lumpy, huge and ungainly, intriguingly mismatched, and definitely Image Agents’ star turn. Not that Bachan’s a slouch in any other respect. The visuals for both agents nicely match their written personalities, and the comedy tone of the plot is cemented by the illustration. It’s great.

There are places where Imagine Agents slows as Joines attempts unconvincing explanations that really aren’t needed. It’s overthinking, as the premise works without everything laid out. While the inspirations are obvious, Joines constructs a decent action comedy from them, infusing the right amount of sentimentality to break down the cynicism. The idea behind the final chapter is also a homage, a fitting end to an enjoyable story where the laughs and the surprises hit just right.