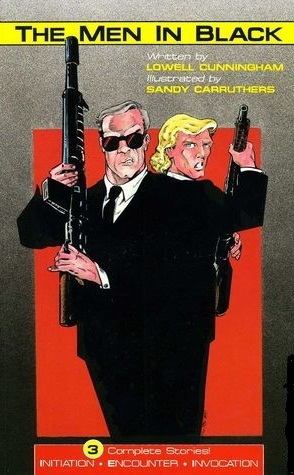 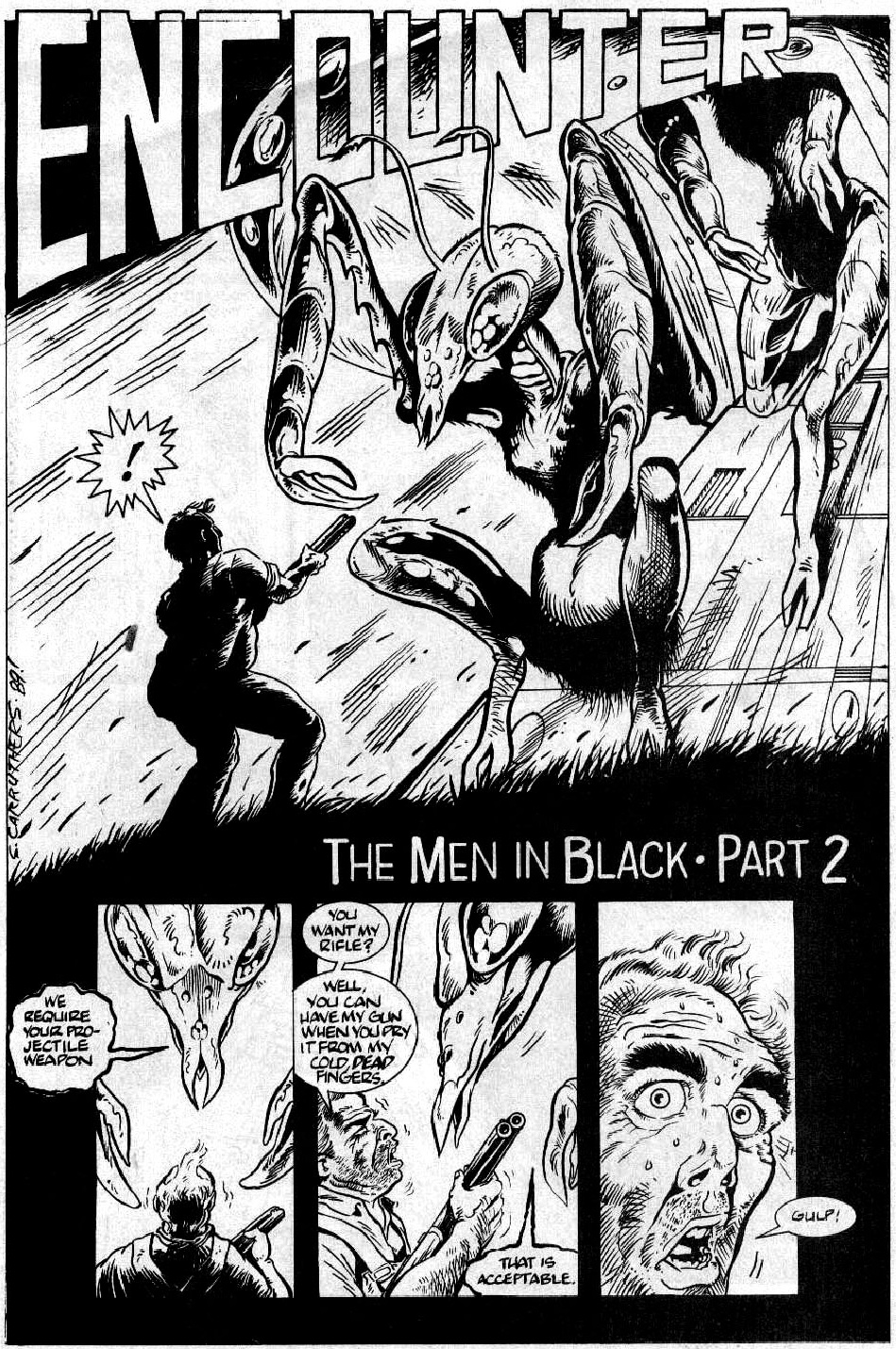 You’ll be familiar with the spectacular and amusing films and cartoon show based on this book, but the graphic novel itself is largely forgotten and – at first glance – justifiably so. However there’s far more than merely the kernel of a good idea at play here. Although Sandy Carruthers’ black and white artwork looks rushed and primitive there’s a solid basis to it that a few more years of practice might have redeemed and Lowell Cunningham’s core-concept and scripts are both bold and engaging.

Agent Kay is a semi-legendary government spook working for a super-secret organisation and in ‘Initiation’ he recruits an undercover DEA operative who’s stumbled into a plot to distribute a super narcotic called Bezerk. Stripping the bewildered newcomer of every facet of his old life, Kay re-designates the new guy Agent Jay and together they wipe out the drug barons (all merely human) who developed the dire drug.

Second case ‘Encounter’ is lighter in tone and the tale those movies are based on. Jay learns aliens exist when an extraterrestrial scavenger hunt results in a close encounter in the American heartland and this slim tome wraps ups with ‘Invocation’: a supernatural thriller pitting the dark-dressed duo against a demon released after some stupid kids inadvertently play Dungeons and Dragons with magic dice.

The films depended entirely on ramping up the silliness and slapstick whilst sticking strictly to science fiction rather than all aspects of The Eerie Unknown, but Cunningham’s subtly restrained, darkly humorous paranormal version played more or less straight, with action and horror a vital component of the mix could just as easily have worked.