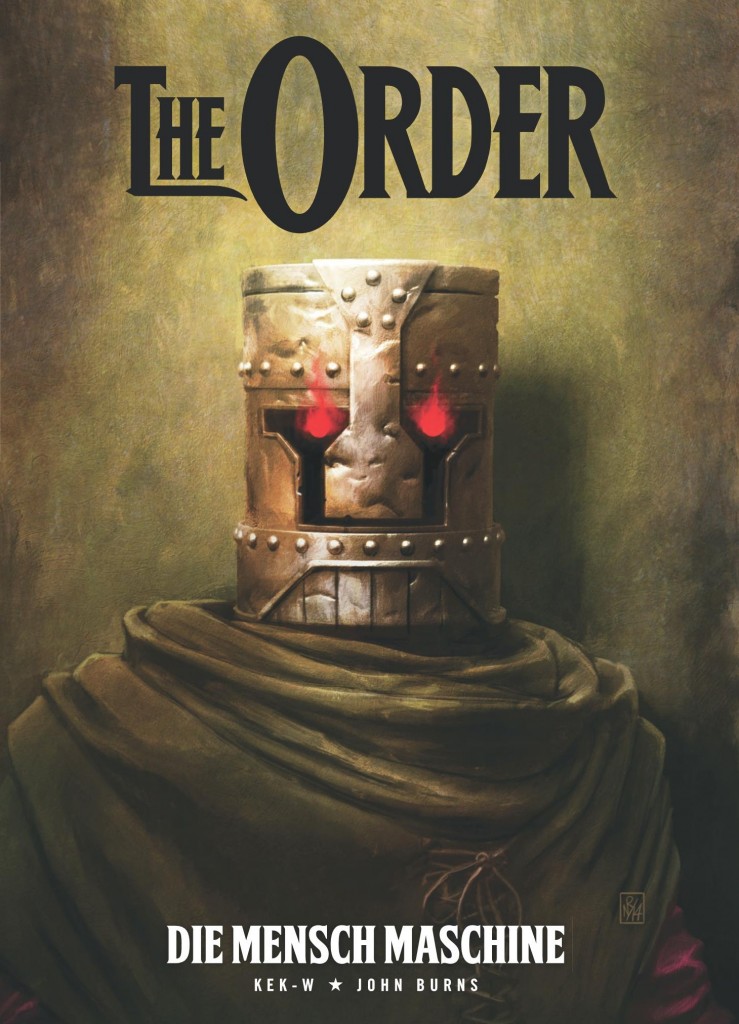 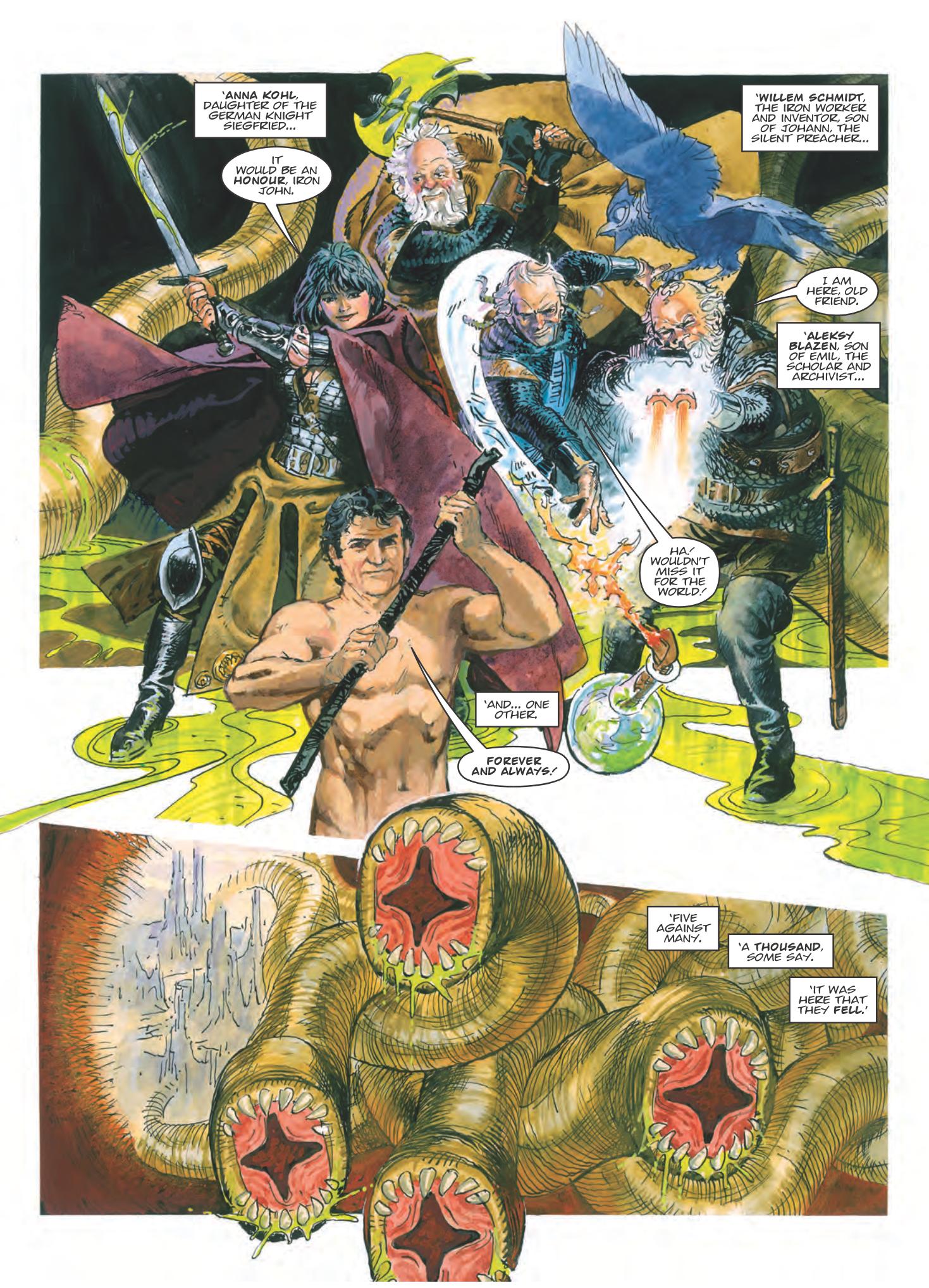 Die Mensch Maschine is a curious genre-blending beast for 2000AD, a science fiction story, yet also historical adventure set in the 13th and 16th centuries, and with hefty doses of Lovecraftian-style horror. It presents as nearer in tone to a European graphic album, which is no bad thing.

Kek-W’s plot is activated when German woman Anna Kohl locates a cave said to have a connection with her father, missing since her childhood. Within there are several surprises, not the least of them a robotic head into which the personality of one of her father’s comrades has been imprinted. Even as a child Anna was aware her father had secrets, and one was that he was a member of a multinational group dedicated to protecting humanity from supernatural threats, among them the subterranean Wurms. It’s now 1210, when the Wurms are destined to reappear, and Anna’s mission becomes to reunite her father’s old comrades. Except  he died many years previously, and they’re now all old men.

This first of two stories collected here introduces the cast and their concerns, coming to a conclusion before the Order of Ourobouros resurfaces over three hundred years later. That aspect is a compelling vehicle for telling stories.

These are graced by John Burns art. The pages aren’t vintage Burns, yet he’s so accomplished that it still knocks spots off many highly touted younger artists. Burns puts the effort into creating a credible medieval Germany, then Aztec culture, and Elizabethan London, making up for any slight lack of definition some faces have, and he has a natural eye for a viewpoint. He’s the last of the great tradition of illustrative artists that began in 1950s British comics, and will be sorely missed when he retires.

There’s a lot to enjoy about Die Mensch Maschine (The Man Machine in English). The use of technology from the future in olden times works well because it’s sparingly employed, the difficulties one character has spanning the centuries is a useful plot device, and convincing 2000AD’s editor and readership with a story starring a bunch of old men must have been a difficult. However, Kek-W is already realising there are some narrative limitations. The quest forms a significant part of both stories, and there’s an even greater similarity about the climaxes. If the series is to continue this will have to be addressed.