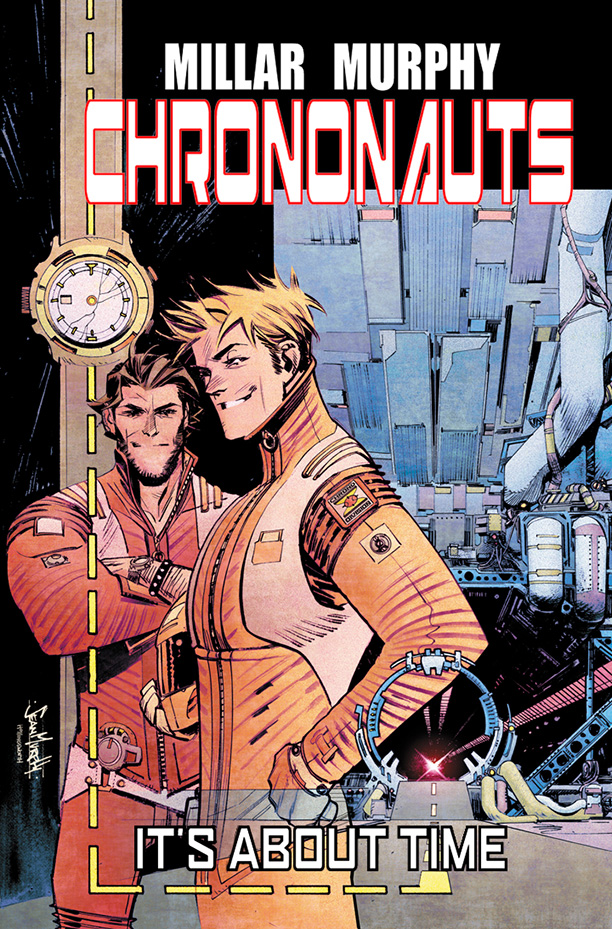 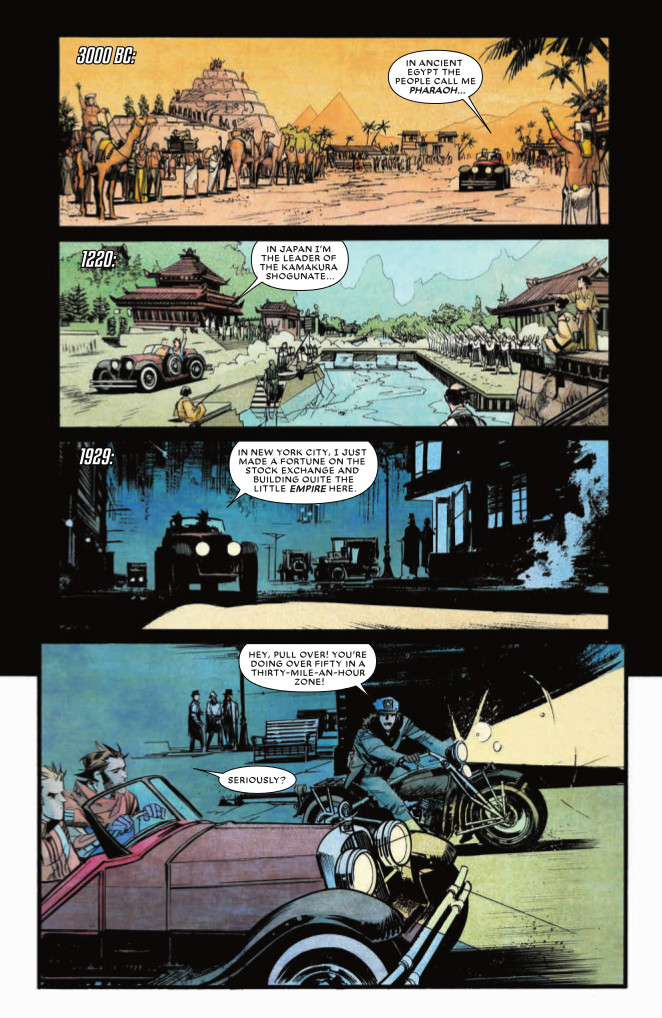 Sean Murphy, or Sean Gordon Murphy as he’s credited on Chrononauts, is some artist. His people have a loose and messy look about them, constructed from a wealth of lines, but which convince rather than distract from deficiency, and they wear their clothes instead of having them painted on. He also delights in constructing their worlds, impressing with whatever’s provided, not skimping by telling the story with figures alone. What’s significantly impressive is the sheer variety of societies and occurrences covered in what’s essentially background panels required to continue dialogue, and when the plot really kicks in, he’s superb.

The cutting edge of chronal technology is a Texas facility, and after a successful temporal transmission from the US Civil War beamed around the world it’s time for the first manned mission back to the past. Doctors Quinn and Riley are both supremely competent types, bordering on smug, and the suits they wear are all the technology they need to access the past. Early in proceedings matters turn pear shaped, and it seems as if for once Mark Millar’s lapsed into predictability. After all, everyone has an off day.

Don’t you believe it. For years Millar’s been a master of the widescreen graphic novel and Chrononauts is no different. In fact, given the sheer variety of locations opened up to people travelling in time, if anything the spectacle is even greater, and Millar and Murphy play the chronal anomalies card for all its worth in the second chapter. “Space and time would be ours to kick around in, man. Isn’t this better than a Nobel Prize for Physics?” Yes, it’s overplayed at times, but never to the point where it becomes tiresome and wearing, just enough to prompt a smile as it’s revealed why the Smiths broke up or the truth of the Texas Book Depository in November 1963.

Whether it’s Millar or Murphy responsible for some of the nice visual touches only they can tell you. The global fascination in the live streamed first trip through time is exemplified by everyone looking at the TV screen in a strip bar and even a old woman holding up a convenience store distracted.

Ultimately Chrononauts is Bill and Ted with a bit more knowhow and an unlimited budget, which is what will be required if this is ever transferred to cinema. Miller’s employed Murphy instead. It’s not a graphic novel to think about, but one to absorb and cheer along with, being loud, trivial, preposterous, and supremely entertaining. Now why couldn’t matters be fixed so that more graphic novels are like this?