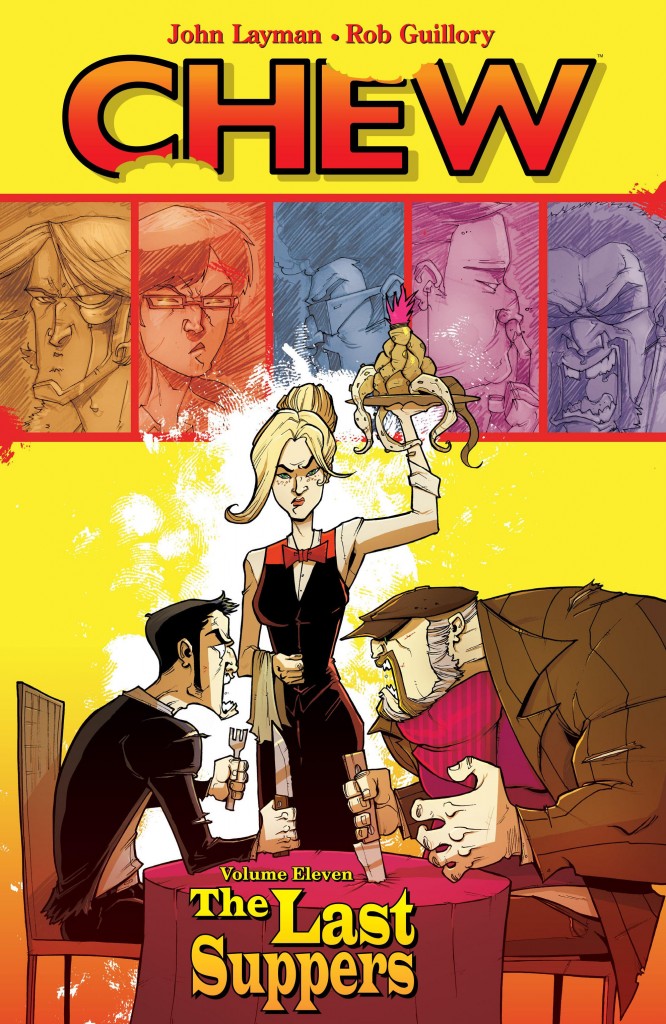 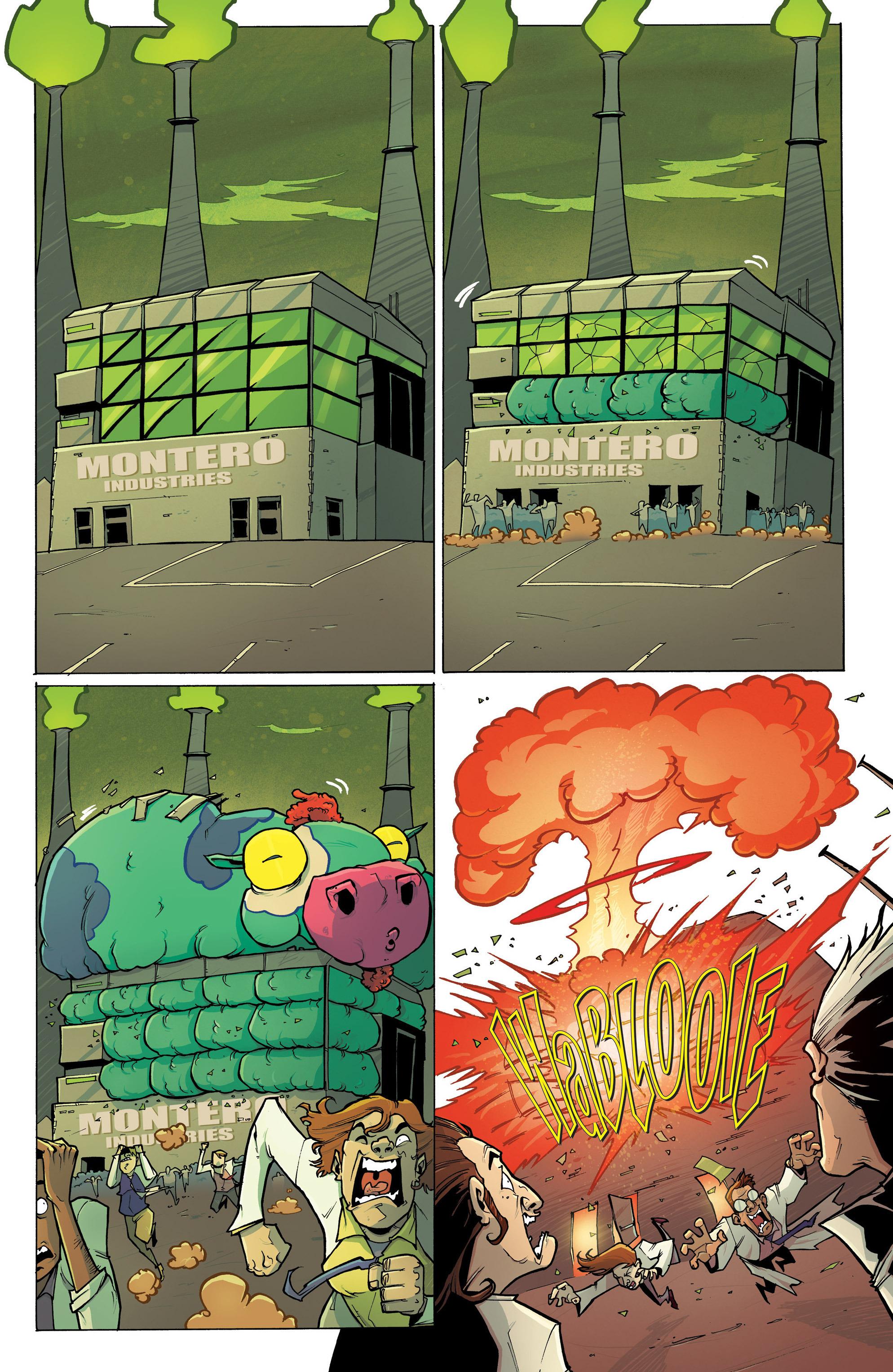 From very early in the series John Layman has hinted at a bigger picture to Chew, and that begins with The Last Suppers. The title has a double meaning, and no-one who’s followed on from Blood Puddin’ will be surprised that it continues the process of thinning out the cast. That, however, doesn’t mean they won’t appear again, as the opening chapter gives plenty of time to someone we thought we’d seen the last of.

That opening chapter picks up two years after the events of Blood Puddin’ as Layman introduces a whole boxful of new food-related powers complete with brilliantly contrived names. “Mr Anari is a Victulocusire. Dine in his presence and he’s able to transport you to a geographic location based on the nationality of the food you’re eating”. Those complicated names just call to be read out aloud in a plummy dramatic voice.

As has been the case with every book in the series, Rob Guillory’s pages have the look of being drawn by a man who’s having so much fun you could take everything else away and he’d still be checking the in-box for the latest page of script. Maybe Layman suggests the ridiculous spreads, but there’s a good chance they’d sink without Guillory. Could you imagine Alex Ross illustrating the featured page? Thought not, although it’s interesting to try, isn’t it?

Most of the book provides the same level of hilarity, surprises and great cartooning as the series to date, but it falters with the final chapter. A teaming of the casts of the wacky Chew and the more sombre Revival doesn’t prove to be such a great idea, even when the creators of both series have barely put a foot wrong. Tony and Colby are shipped out to Wausau, where the dead have returned to life within the city limits, although as they were at death, rather than awakening with zero intelligence and an insatiable appetite for human flesh. The creation was a two-part process, with each creative team presenting the same story from the viewpoint of their cast, but The Last Suppers only reprints the work of Layman and Guillory. It’s fun, okay, but not anywhere the standard of their regular work, although the final page is great for regular readers. Anyone interested in the Tim Seeley and Mike Norton’s interpretation can find it in the second Revival Deluxe Edition.

This has been the penultimate volume of Chew. The series concludes with Sour Grapes.