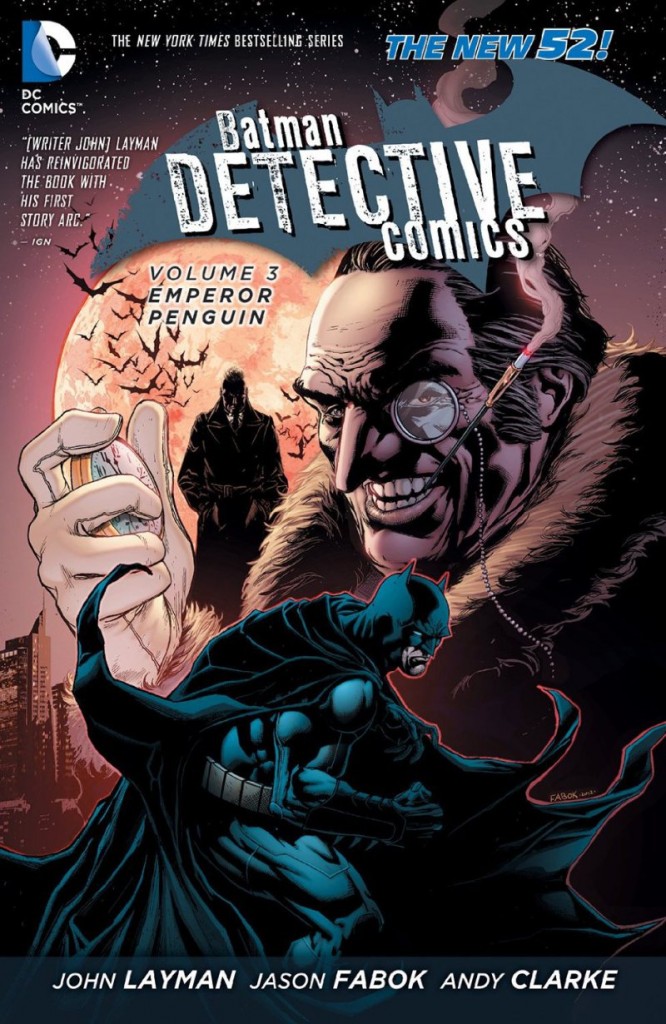 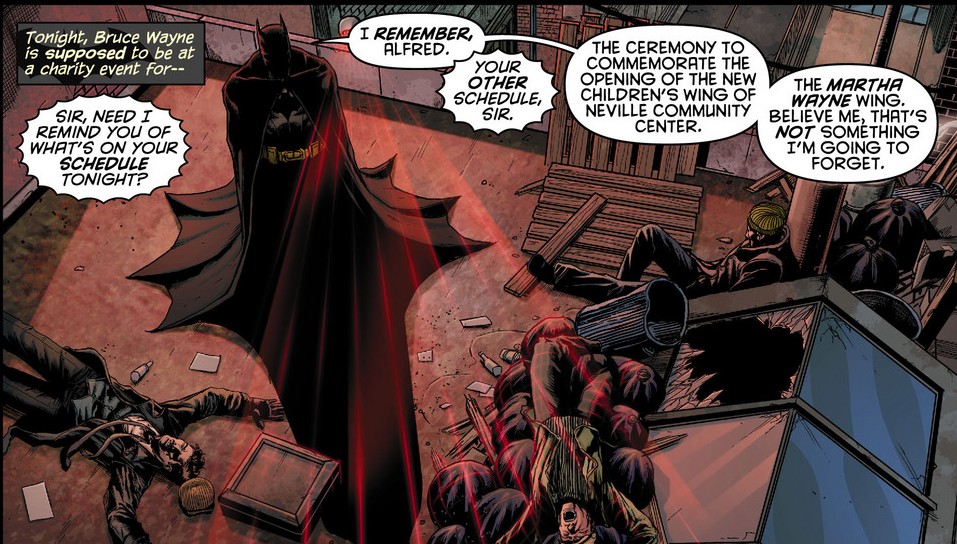 Although he’s not seen beyond the opening chapter until the finale, much of what follows is down to Oswald Cobblepot, as he’s known among his legitimate business acquaintances, or the Penguin to those of a seedier ilk. Writer John Layman investigates the way the Penguin has an organisation with large and extending tentacles, and how that’s open to use. Along the way he throws in several other Batman adversaries including Poison Ivy and Clayface.

It’s the previously unknown Ignatius Ogilvy who’s the biggest threat, though, having learned by keeping his head down, his eyes open and his brain active. When his opportunity arrives, he grabs at it, figures the best way to maintain his low profile is to pin his crimes on others, and with the Joker’s lunatic fans and wannabees active they present a fine set of patsies. This is slightly complicated by one set of them, the League of Smiles, having been manipulated by an expert, and set an agenda of their own.

Artist Jason Fabok is very impressive, if not quite up the high standards set by Andy Clarke who draws several shorter strips. These lack any participation from Batman, but segue into the story they follow, offering new insight either into the background or the villains involved. These are all very good, and in some cases improve upon the main story. That’s surely not what’s intended, but they indicate that Layman’s a better writer than some of his by the numbers plots for the longer material. The plot twists included will rarely fool regular readers, but this is his introductory volume, and his later work is very good indeed.

Through no fault of his, though, Layman’s material is constantly required to reference work in other Batman titles, and while he does make this relatively unobtrusive, it’s a cheap editorial stunt to throw in casually at one point that Batman believed he’d never see Alfred again. Other connected New 52 titles deliver a far more frustrating read, though. There’s also a problem in what is an eight chapter story missing the final two chapters, which appear in volume four. This is presumably down to the marketing led uniformity of having six individual comics collected per volume (plus the occasional annual), but it comes across as a cheap, penny-pinching device with little concern for the readers.