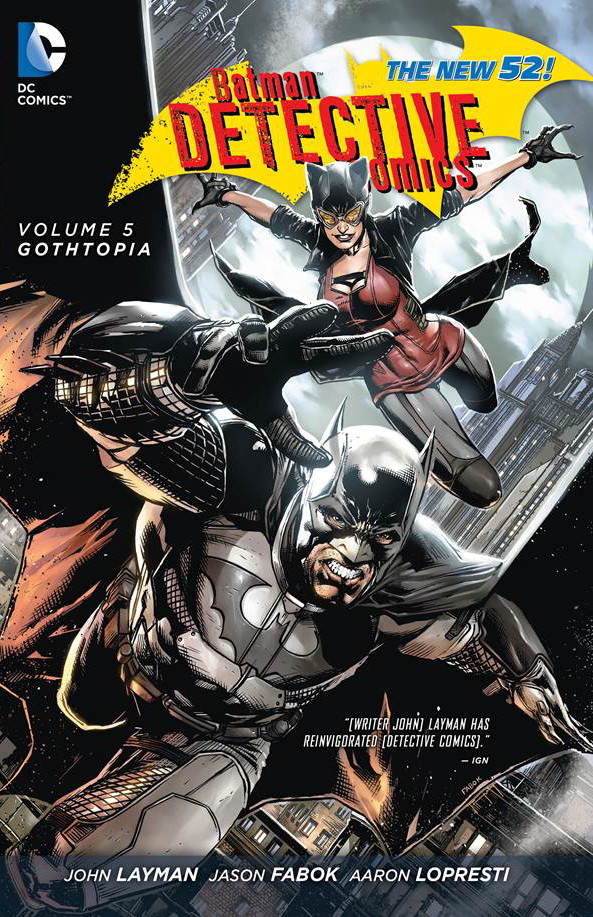 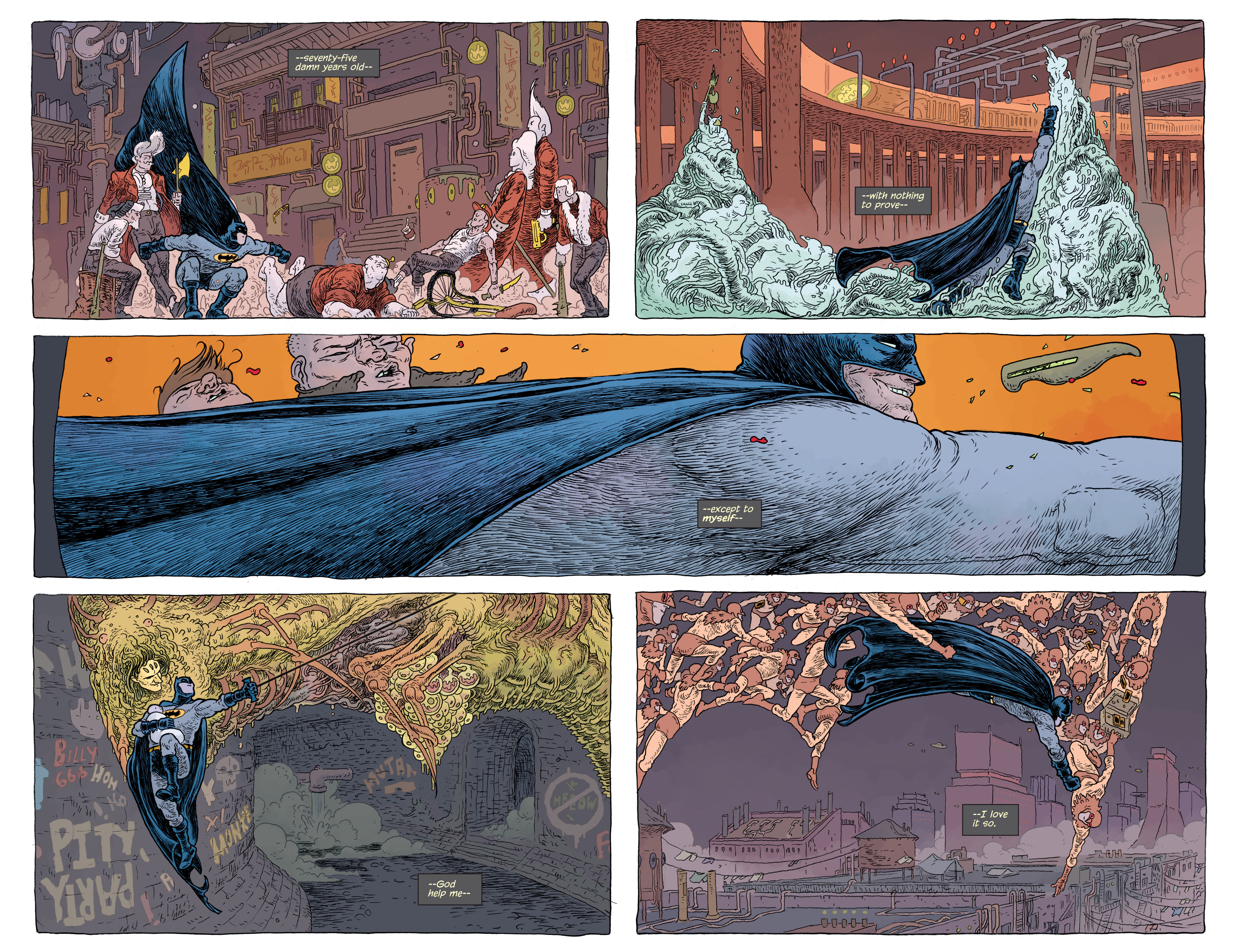 This is very much a piecemeal collection with little connecting thread until the final chapters. There is, though, an excellent opener. It’s long been mentioned that Gotham’s police department was corrupt to the core before the arrival of James Gordon, and the first story details how he cleaned house. Despite the foreknowledge that Gordon will survive, John Layman’s script is suspenseful, and lacking all but  one small, yet pivotal appearance by Batman, this is still a compelling read excellently drawn by regular artist Jason Fabok.

The shorter strips running though the previous volume are brought to a conclusion with a full Batman vs Man-Bat confrontation that does the job, but not in any manner not previously seen. Artist Aaron Lopresti bears no blame.

The central portion of this book is occupied by shorter stories from creators other than Layman and Fabok. This is because the issues reprinted here had arrived at Detective Comics 27, and as ane fule kno, back in 1939 and the comic’s original run that’s when Batman was introduced. With the exception of Mike W. Barr and Neal Adams, DC chose to celebrate with contemporary creators rather than landmark reprisals from the character’s history.

Brad Meltzer and Bryan Hitch re-work Batman’s debut story adding depth, and while Sean Murphy’s art is very good, it’s Ian Bertram’s blocky aged Batman in imaginatively designed pages that steals the show artistically. Adams is on better form than he had been elsewhere over this period, effortlessly mimicking differing art styles applied to Batman over the decades, but Gregg Hurwitz’s script stressing evolution doesn’t quite come off.

The title story occupies less than half the book and posits a new, brighter, cleaner Gotham City. Batman operates in a predominantly white costume accompanied by Selina Kyle as Catbird, his partner in every sense. Poison Ivy realises something’s off-kilter, but a 90% drop in the crime rate is accompanied by a massive increase in suicide, largely among people with no apparent reason to kill themselves. Sadly the first chapter is Fabok’s final contribution, with Lopresti filling in for the remainder, and while the story throws out an interesting idea it’s a variation on a Batman plot from Bryan Talbot years previously. The reason for the change is revealed early, and beyond that we have a traditional Batman versus villains tale that’s no better or worse than hundreds before and hundreds that will come.

With the Gordon story that opened this volume and his work on the previous volume Layman provided some memorable work on Detective Comics, and it’s a shame he departs with rather a whimper.

There are a whole bunch of extra pin-ups appended to this collection, most of the them connected with the Detective Comics 27 celebration.