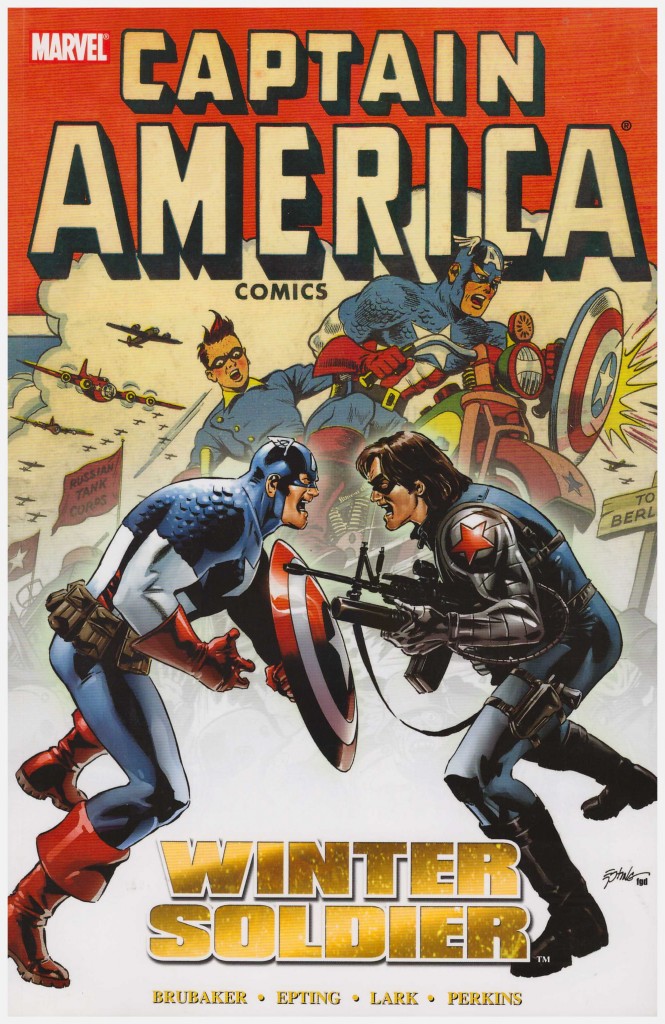 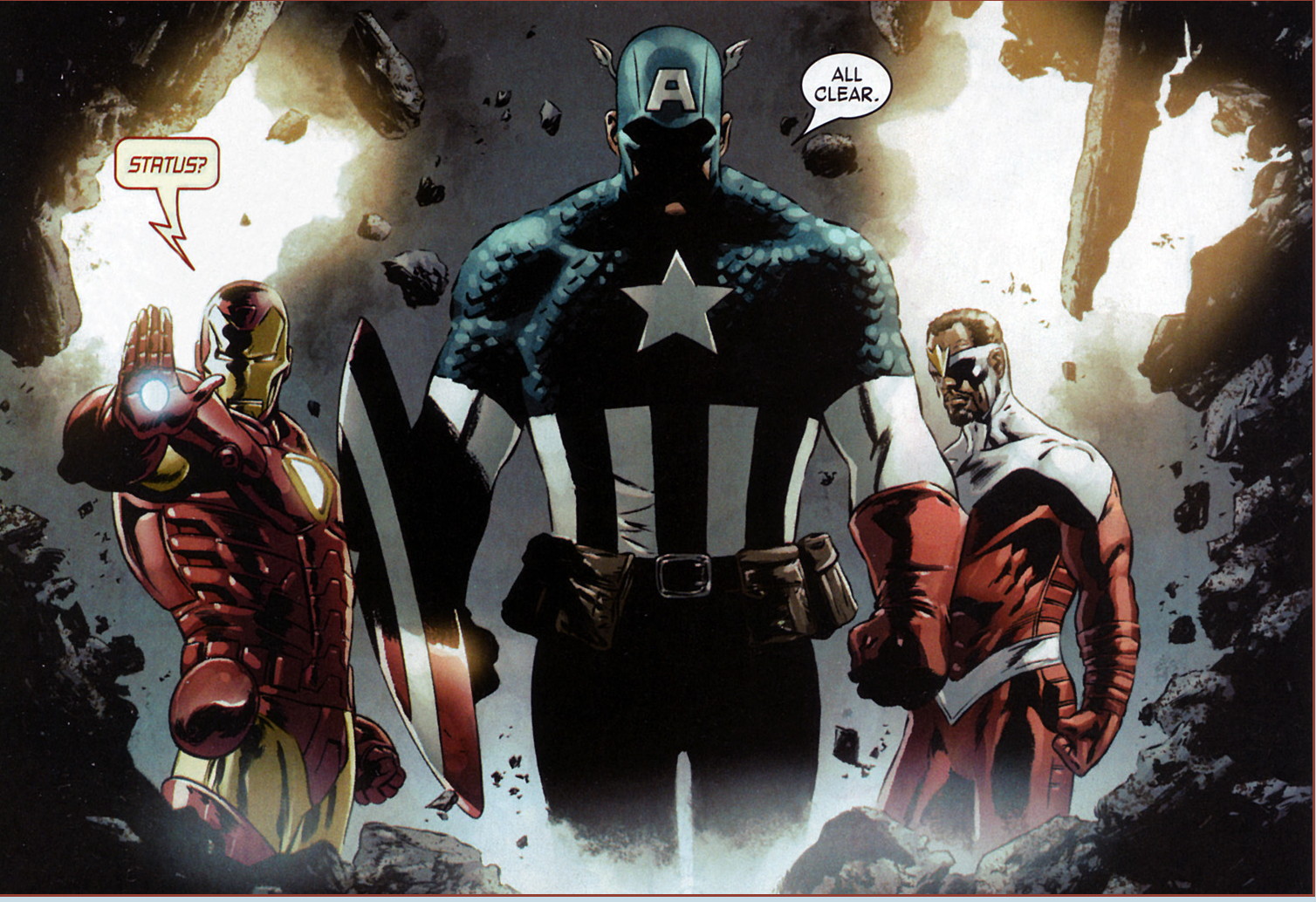 Having written a relatively low-key set up in Winter Soldier volume 1, writer Ed Brubaker ramps up the excitement levels here.

All these years later, let’s not be coy. It’s surely no spoiler to reveal the crux of the plot is the return of Captain America’s World War II sidekick Bucky Barnes. Quite apart from anything else he’s prominently cover featured. Long believed dead after falling into the sea when a bomb exploded towards the end of the war, it transpires that’s far from the whole story. Already operating well below peak capacity due to experiencing distorted hallucinations of his past, Captain America confronts not only the knowledge that his teenage partner survived, but what he’s become after decades of stasis and brainwashing.

The revelation adds a gut-wrenching psychological component to what is already an engaging story of real world style corporate ambition and its murky intersection with governmental priorities. The prime mover here is former Russian army officer Aleksander Lukin, whose history stretches back to World War II as a child witnessing the destruction of his town, and blaming US forces led by Captain America. He possesses the Cosmic Cube, a device able to alter reality via the wishes of the person holding it. The cube is growing in power, yet somehow contriving to present its bearer with an unsatisfactory version of their wish. It’s a device Brubaker presents well, applying logic to an illogical construct.

One notable storytelling experiment has a chapter related entirely via entries in old Soviet files, presented in English for those among us who don’t read Russian. Despite the cold language of the entries, it’s an emotionally charged read, for which Epting and inker/finisher Mike Perkins supply fine collages depicting action set around the globe.

Full marks also for the conclusion. Many lesser writers, having returned Bucky Barnes would have discarded him as a continuity aberration having served his shock value. They might have had him jump in front of a bullet for Captain America, while the slightly more imaginative might have recreated the circumstances of his original death. Instead Brubaker’s efforts in constructing a compelling back story for Bucky’s restoration return a character of future value, while the final page sees the return of another character believed dead.