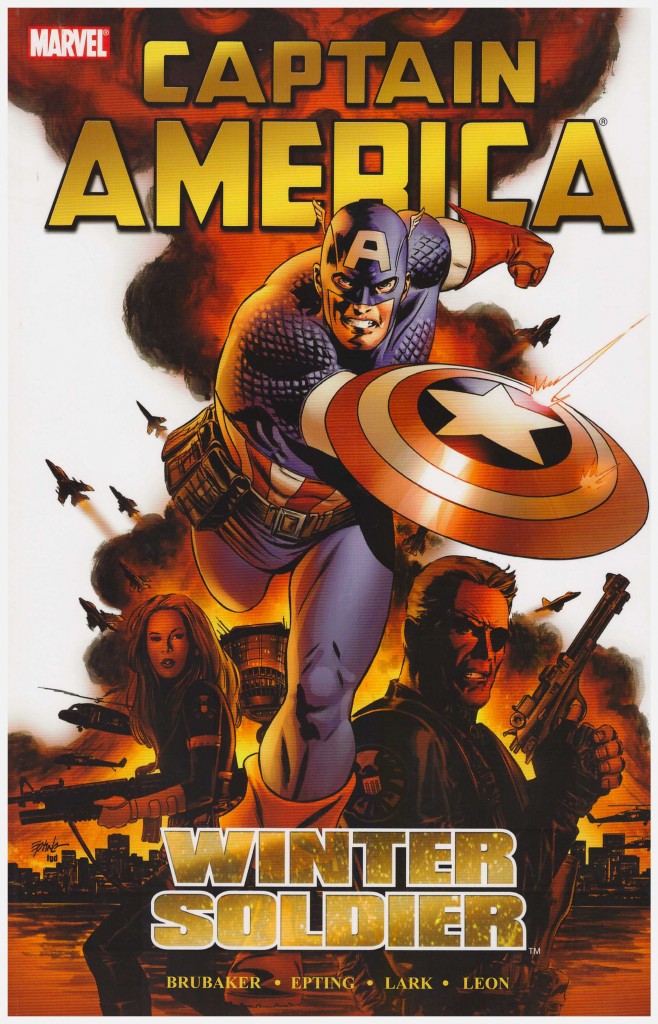 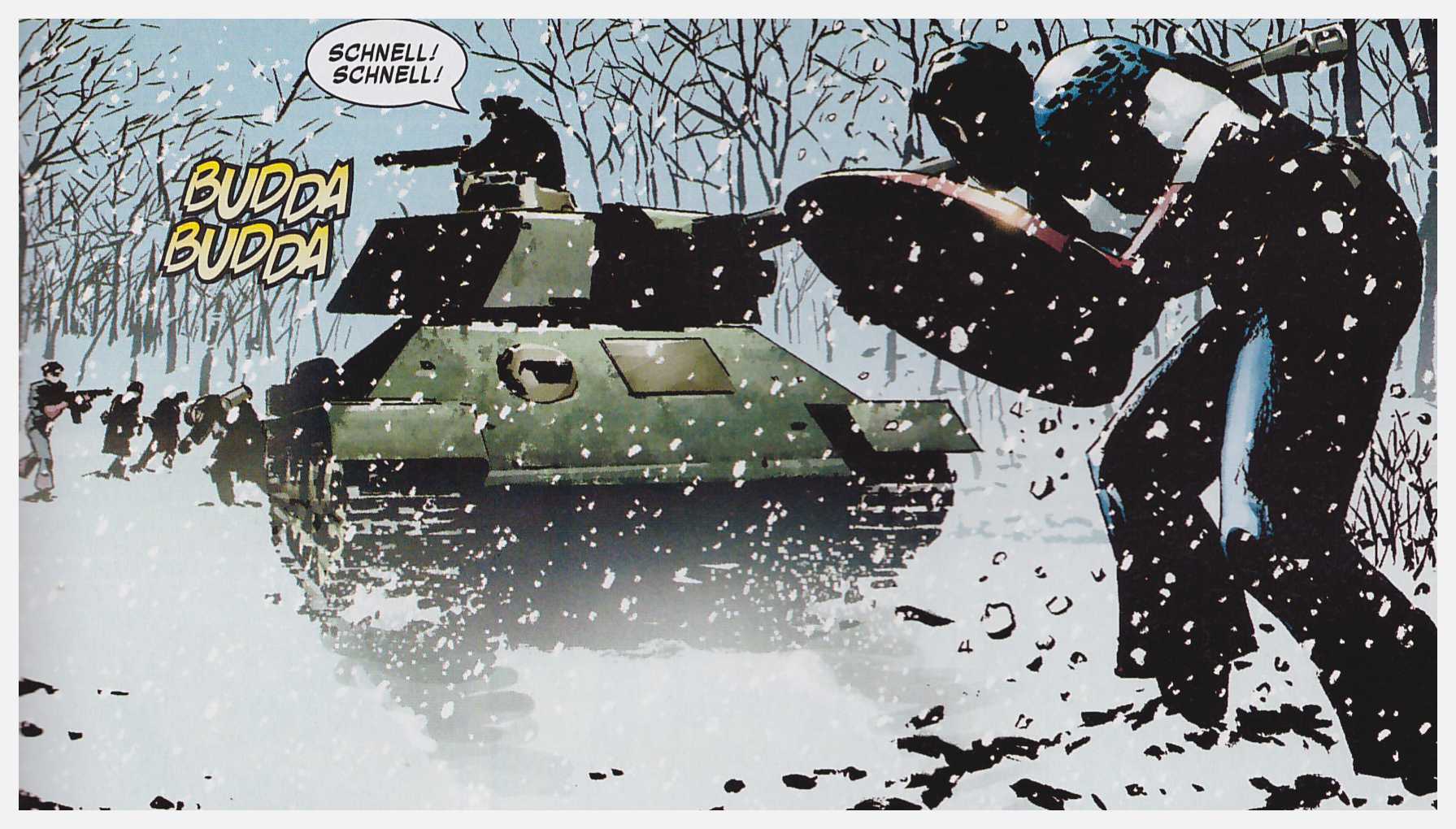 Considering writer Ed Brubaker would produce the most acclaimed run on Captain America since the 1970s, his earliest chapters here are relatively low key even accounting for the deaths of two characters with a long Marvel history. There’s relatively little of Captain America in the opening chapters, as he shares the spotlight with S.H.I.E.L.D. agent Sharon Carter and her ultimate boss Nick Fury, and they guide the story for some while. All parties have an interest in the Cosmic Cube, a maguffin with the ability to reshape reality according to the wishes of its holder. Brubaker notes early on that it’s almost drained of power, preventing awkward questions about the paucity of imagination displayed by previous owners. Captain America’s efficiency is compromised by experiencing fogginess and flashbacks to World War II, and he’s so far from peak condition that the brutal Crossbones stops beating him up as he’s not providing a challenge.

The narrative strengths that would garner Brubaker so much acclaim are already in evidence. There’s the strong sense of TV drama style pacing, establishing that Captain America works in a world of spies and secret missions despite the gaudy flag-based costume, and the complex relationship Steve Rogers has with former girlfriend Sharon Carter. Overall, though, this is very much a warm-up to the main event. The titular Winter Soldier barely appears, and the revelation as to who he is occurs late in the book, immediately followed by a fill-in chapter spotlighting Captain America’s 1980s partner Nomad illustrated by John Paul Leon.

What seals the project is the fantastic art. Intricately plotted stories require plenty of talking heads, and Steve Epting’s layouts ensure these are never dull, while his action pages are paragons of dynamic design. He brings a new look to Captain America’s costume, accentuating the protective fibres of the shirt whereas for many previous artists it may as well have been a t-shirt, and for the first time ever following a hand to hand fight Steve Rogers’ face is swollen and bruised. Such thought and detail require time, and this is achieved via Michael Lark illustrating flashback sequences. His more distant views of the cast are equally compelling. These are essential to the ongoing plot, and offer decent throwaway insights as well. It’s revealed that the long dead Bucky Barnes was more than just Captain America’s World War II teenage sidekick, serving a more sinister and possibly practical combat role. His highly trained and skilled hands were stained with blood while Captain America starred in the newsreel footage. The decision to render many of these flashback sequences in shades of grey is a subtle nuance reflecting both their content and era.

The ante is upped considerably as the story continues in Winter Soldier vol 2. Alternatively both that and this content can also be found in Winter Soldier – Ultimate Collection, or the same content titled The Dossier Edition, and Captain America by Ed Brubaker Omnibus volume 1. In the U.K. it can be found collected along with part two in the Ultimate Graphic Novels partwork. 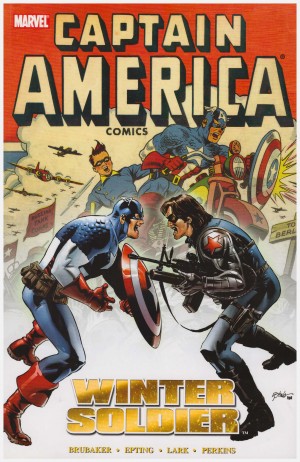 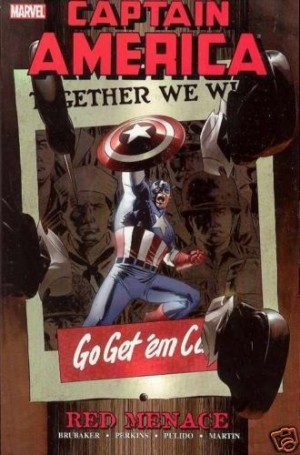 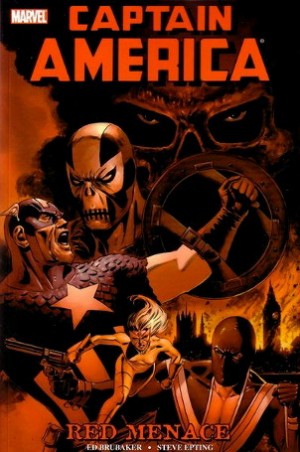