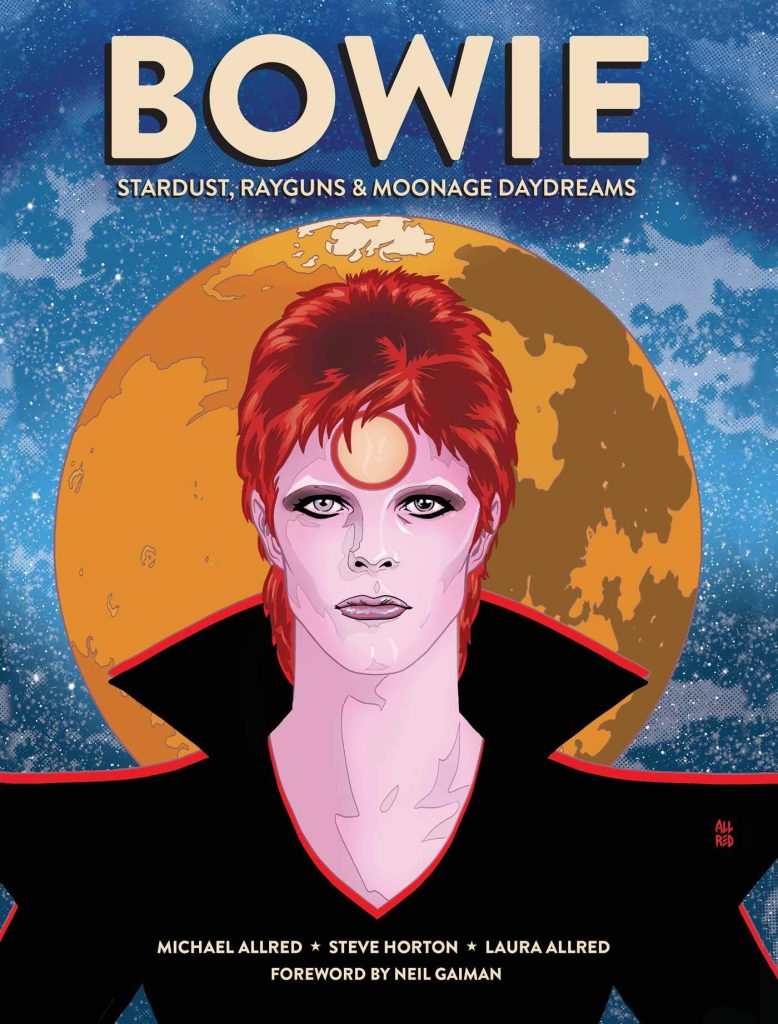 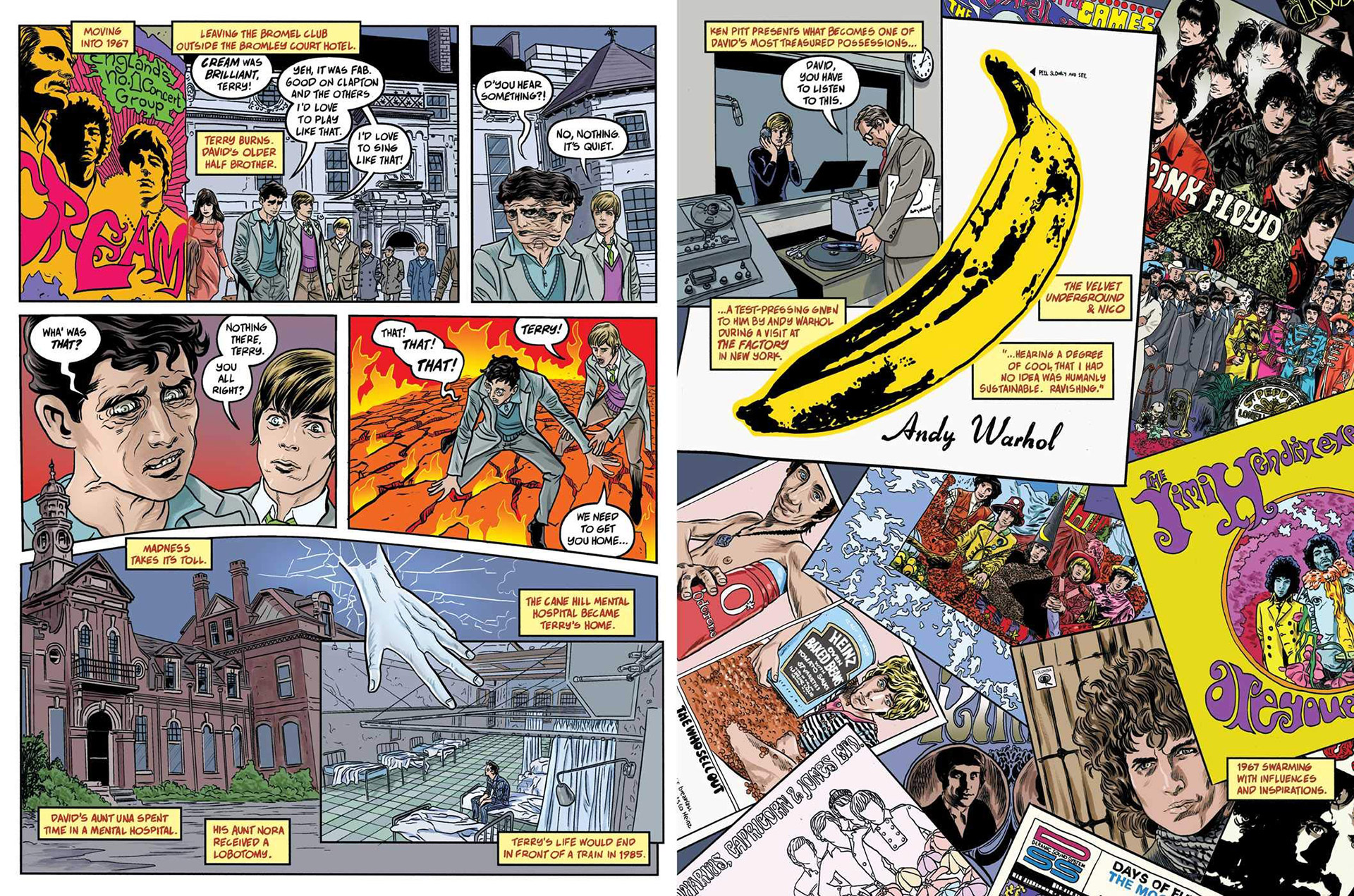 As public figure yet private enigma, David Bowie is an enticing subject for biographers. His striking, and ever evolving, image would seem a further gift to graphic biographers. Surprisingly, the only earlier treatment is Néjib’s 2012 Haddon Hall (named after a country pile Bowie rented in the early 1970s), which covers a similar period, though happily the two books take contrasting approaches.

Michael Allred made his name with the Bowie referencing Madman, so this seems a logical move for him, though after the playful invention of that series, his approach to theatrical fabulist Bowie is surprising sober. This may be due to Steve Horton, who gets lead “screenplay” credit for this meticulously researched biography.

Allred and Horton wisely focus on Bowie’s rise to super-stardom. They open in 1973, with the singer’s famous last moment on stage as his Ziggy Stardust character, before rewinding and leading us up to that moment. It’s a common device, well applied here. More questionable though, is cutting away before Bowie famously says “…it’s the last show that we’ll ever do”, so missing the powerful narrative hook of why? The book might have been called ‘Five Years’, after the song that introduced Ziggy, as it covers roughly that period up to his ‘retirement’. They were increasingly packed years, that the authors take us through briskly but comprehensively.

All the key events and players feature, however briefly. Collaborators Lou Reed, Iggy Pop and Tony Visconti are well served, and Bowie’s cooling towards long-term comrade Marc Bolan is intriguing, but the spotter-pleasing inclusion of, say, Elton John and Queen sheds little light on Bowie. Guitarist Mick Ronson and similarly earthy band-mates are brought to life, as they react to the Glam-Rock costumes, and query their pay-packets. There are fascinating insights into Bowie’s inspirations: Reed’s former group Velvet Underground for ‘Queen Bitch’, and dystopian film Clockwork Orange for the Ziggy tour outfits. Also welcome is the acknowledgement of designers and photographers who shaped Bowie’s image, and so Allred’s depictions. Other details of say, various management figures may have less appeal, and contribute to the volume of information to be absorbed without knowing what and who and will be significant in the developing narrative.

Allred is an accomplished artist, yet initially seems burdened by the documentary approach, resulting in some stilted likenesses and awkward compositions. He’s best on stage scenes, visualisations of lyrics, and poetic interludes, yet more workaday scenes realistically reveal the grind beneath the glam. The iconic nature of Bowie’s image is both blessing and curse: providing endless visual material, but which has been devalued through over-use, in fan art and school projects. The cover fails to rise above this, but inside Allred uses the sequential form – layouts, montages, etc – to add visual appeal, and recreate the familiar afresh. There are too many memorable pages to list. Some may baffle, with the depiction of the famous lyric “Mickey Mouse […] grown up a cow” the best clue to an unlabelled visualisation of the song ‘Life on Mars’. However, the best pages are excellent, like a smart montage, with panels within panels, turning a list of tour dates and venues into something striking. Another elegantly designed page has the onstage Bowie and cheering fans literally encroach on a scene of David’s domestic life with wife Angie and toddler Zowie. The visual strengths far outweigh the weaknesses.

This is the key period of a fascinating life, convincingly told with many memorable moments. Only the most complete Bowie obsessives could fail to find this illuminating, and surely even they will enjoy seeing it in a graphic novel that might have pleased Bowie himself.