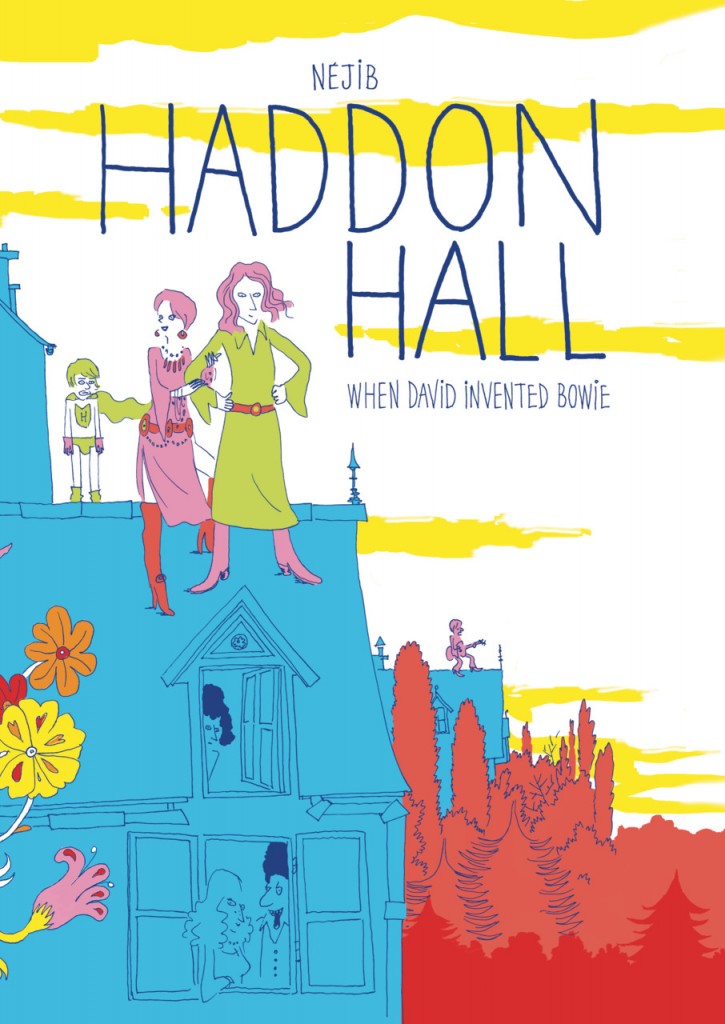 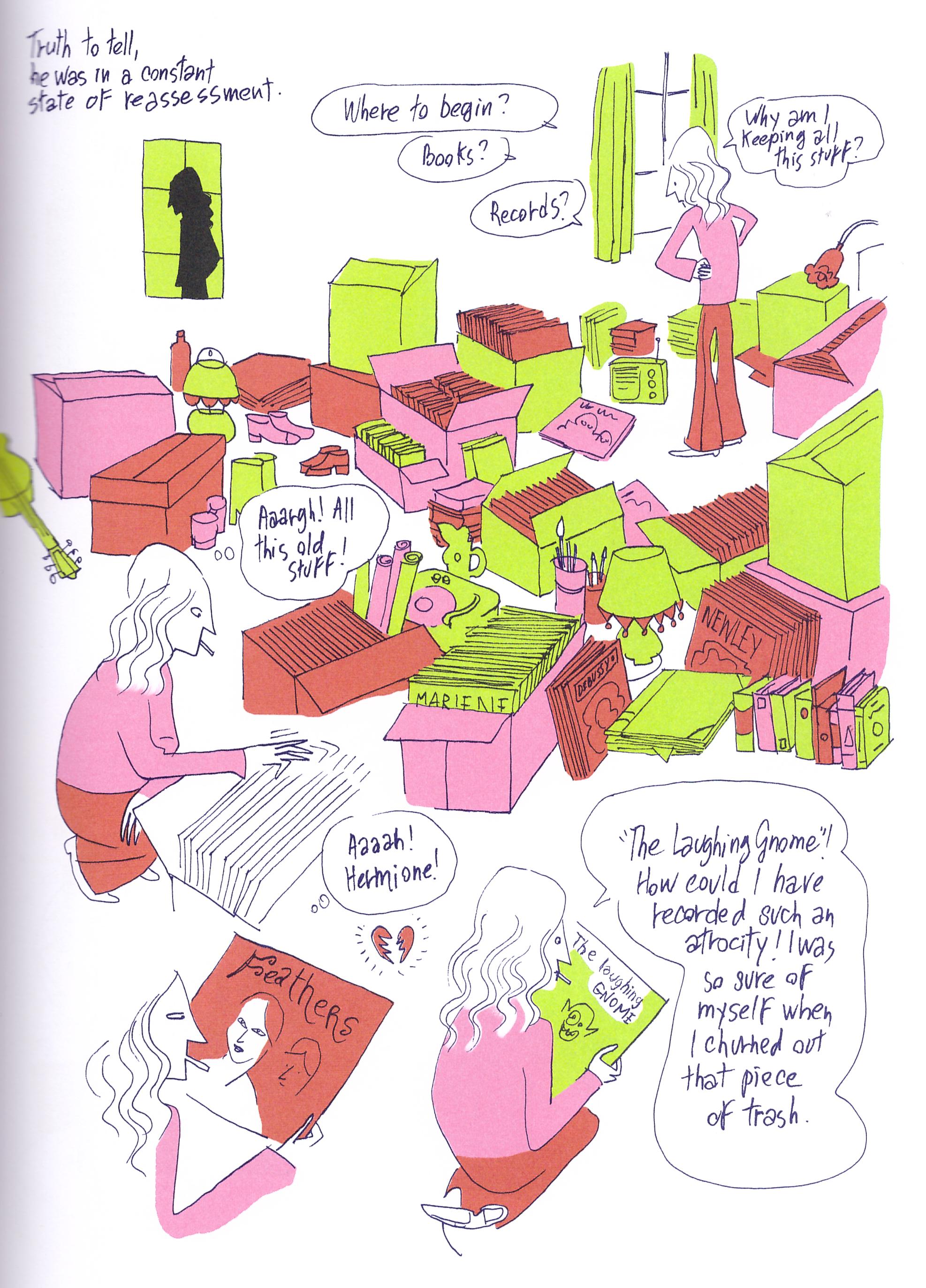 With the money earned from the surprise success of his Space Oddity single, David Bowie and future wife Angie decamped to Beckenham on the Southern outskirts of London and set up an artistic commune at a gothic pile named Haddon Hall.

Frustratingly, Space Oddity had proved a novelty intermission rather than the springboard to acclaim. Bowie entered the 1970s struggling for an identity while seeing his friend and rival Marc Bolan catapult to the stardom he desired by discarding the hippy trappings that had brought minor success. A pep talk from manager with a vision Tony DeFries spurred a period of contemplation and Haddon Hall is the gestation of how Bowie interpreted DeFries, and the other influences that converged within.

Creator Néjib straddles the fields of graphic novels and graphic design, resulting in very design led art, with illustrators as influences. The initial stylistic drawback is that known people are recognisable only in the broadest sense, defined by their clothes and look rather than portrait perfect likenesses. It’s emotionally distancing, yet simultaneously exactly right as it echoes the core of Bowie’s approach to music, always a step removed by persona, as at his best he absorbed and reconfigured the zeitgeist. The loose cartooning of Heinz Edelmann and the colour vibrancy of Milton Glazer, both influences on the art, are also very much associated with the period defined.

Néjib delivers his story in bite-sized segments, four pages at most, detailing incidents, inspirations, influences, and in addition to looking at Bowie, Néjib fills in the supporting cast who’d ease his passage to global acclaim. Angie, Mick Ronson, Tony Visconti, a bit part for John Lennon, and the tragedy of his schizophrenic brother Terry. This isn’t star spotting, though, but a look at the realities of life before fame (Lennon being the exception), with all its mundane drawbacks. He peppers the book with intermissions. These are single page distillations of assorted topics, the most devastating being a stunning analysis of depression including two blank panels indicating the entire absence of personality.

That Néjib loves his music as much as Bowie and his mates shines through. There’s a page where he fetishises the playing of a vinyl album, and his illustrations of venues and record shops are shrines. What really surprises is how adaptable the simple style is for conveying the power of music in assorted forms. There’s a spectacular representation of Iggy Pop, the mood that inspired Life on Mars, the complex mess of a recording studio, and even the intimacy of Bowie performing his neo-folk crap. Occasionally there’s a chronological lapse such as the Bowie written Oh You Pretty Things actually a hit for Peter Noone after the release of the album Bowie and his band are seen constructing through the book. While such elements matter to obsessives, it’s the bigger picture that’s important, and that picture is startlingly presented.

Anecdote packed, warm and informative, Haddon House is a sparkling testament to its inspiration, unafraid to be non-conformist, originality emerging from the sum of influence and something to stand the test of time. It’s outstanding.