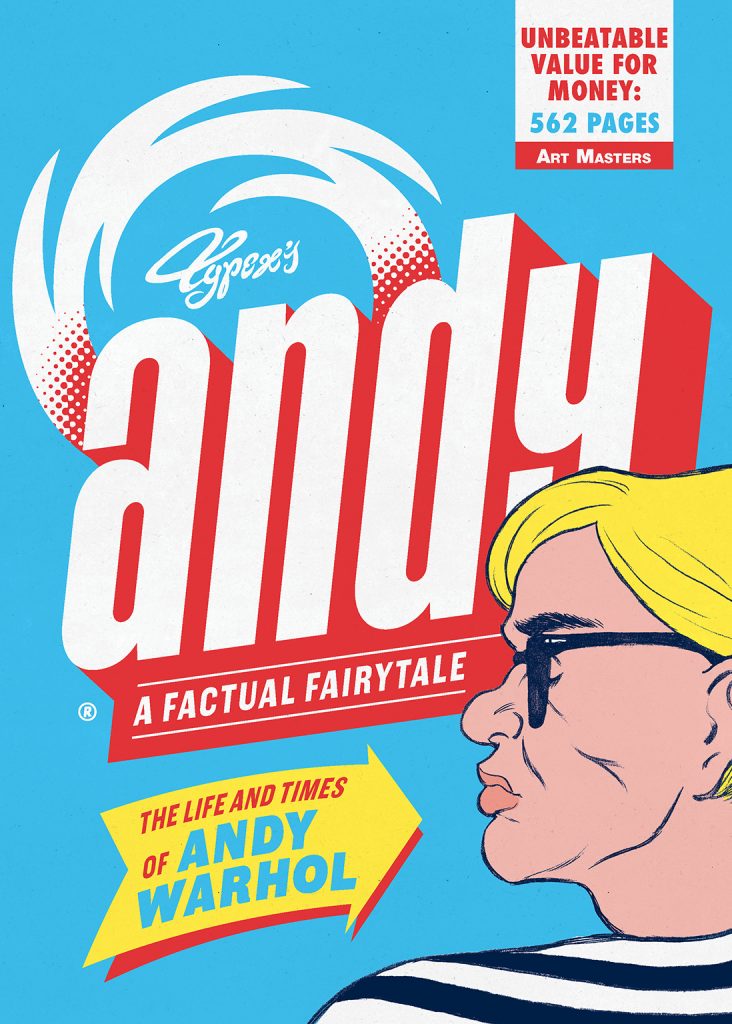 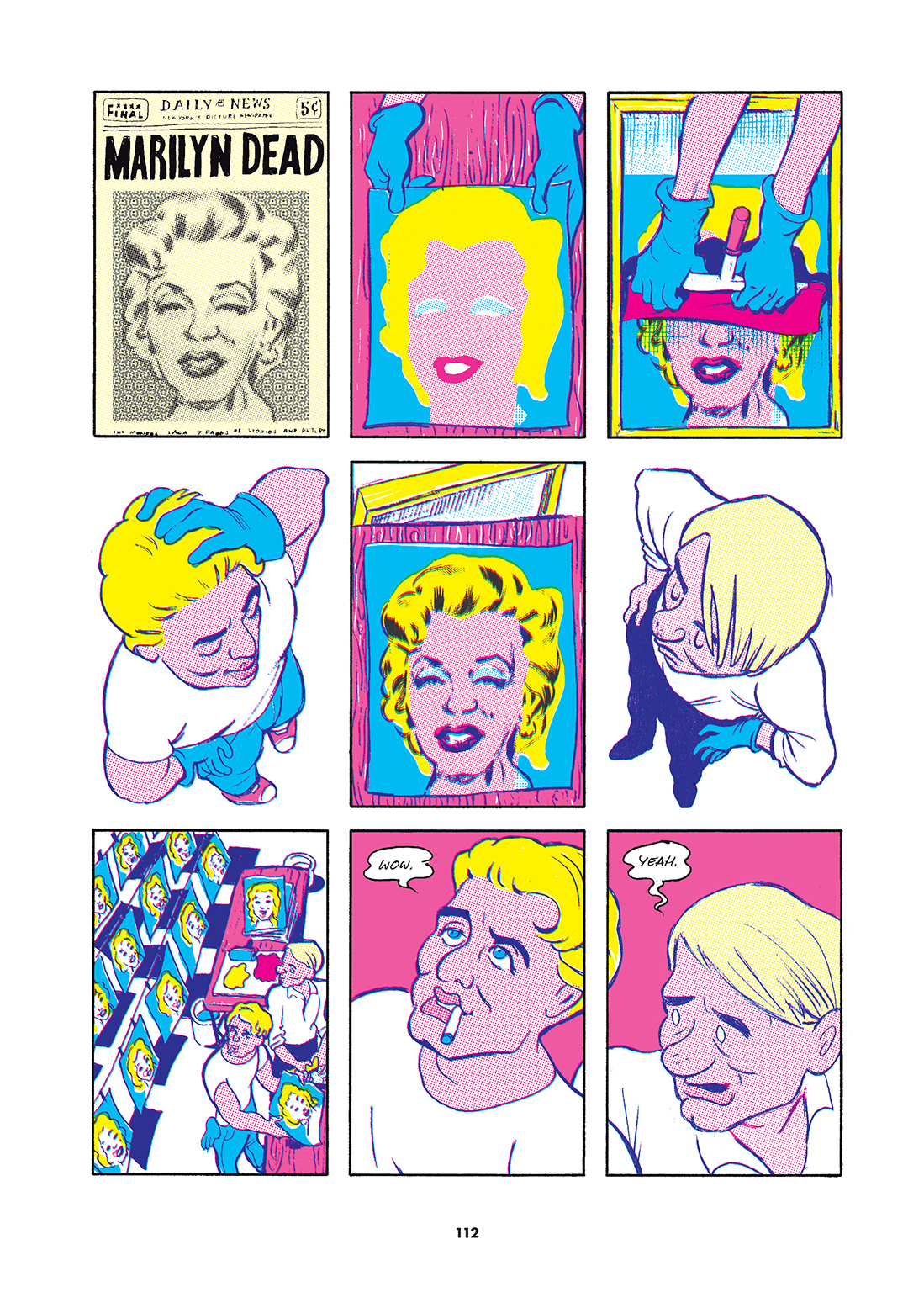 Typex impressed with his biography of Rembrandt, but was limited by his source material – publicly notarised events like births, deaths, marriages. So how does he fare with Andy Warhol, a similar artist/celebrity, captured in 20th century media? Andy is a (near) birth to death biography – 500 odd pages organised in ten chronological sections, and it’s obvious from the first flick through these pages that this is another labour of love.

Most of the book is set in Warhol’s adopted home of New York City, yet Typex convincingly shows the roots of Andy the man and artist in his parents’ adopted home of Pittsburgh. Typex’s account of Andek Warhola’s childhood captures his sense of mortality, obsession with celebrity, and the work ethic of his economic migrant parents – all of which would shape his life. An early encounter may also have shaped his sexuality – gay in public (when few were), yet reputedly prudish in private. Pittsburgh, as the heart of American industry, prompted a similarly industrial approach to art – inspired by pop culture and packaging design, and created by teams of assistants in his studio, appropriately called The Factory.

Andy courted celebrity, and collected waifs and strays – so there’s a rich cast, from early hero Truman Capote; to musicians like David Bowie; via other New York artists. Many, like Jackson Pollock never warmed to Warhol, and even Rauschenberg and Johns – fellow homosexuals with overlapping creative interests – kept their distance. The Factory, as communal living/working space brought it’s own cast of collaborators, including the ‘superstars’ of his movies. Some like tragic debutant Edie Sedgwick, and rock provocateurs the Velvet Underground, he helped become icons in their own right. Typex wisely organises this conveyor belt of stories into self-contained novellas with their own ‘superstars’ – Edie, the Velvets, graffiti artist Basquait, and more. Typex also brings to life less independently famous players in the Warhol story, like go-to-guy Gerard Malanga (featured image), and Andy’s nemesis Valerie Solanis. Read together, these form a cultural history of New York in the crucial middle half of the 20th century – a period of huge technological and cultural change that Warhol would feed on, and in turn feed.

Typex has a further level of narrative – artisan to auteur. He showed Rembrandt use his success at commissioned portraits, to progress to self-motivated work – paintings no one would buy – portraits of himself. Warhol, three centuries later, turned the material and methods of his own era’s commercial art into an multimedia oeuvre, spanning mass-produced artefacts, film, publishing and performance. It’s tempting to see a similar narrative for Typex himself – he worked for decades in illustration and comics, until Rembrandt positioned him in a fine art subject and approach. With Andy, he goes further, it’s both a brief faithfully realised (biography), and a powerfully original and exploratory creative work in its own right.

Visually, Typex is perfectly poised between realism and cartooning. His characters are expressive, and the huge cast all visually distinctive. He’s a master of symbolic images, expressive composition, playful use of the comics form, and pretty much everything. The ten volumes are presented as issues of ‘Andy’ magazine, beautifully packaged with covers and end-papers. Each is both a note-perfect pastiche of period styles, and an original interpretation of Warhol’s creative ethos. A further element here is the playful riffing on his subject’s visual techniques, captured in the featured image where he channels the bright flat colours of Warhol’s screen prints.

Andy is a tour de force, a biography as meticulous as it is vibrant, and an utterly joyous feat of creativity. It’s the standout volume in SelfMadeHero’s already strong Art Masters series.