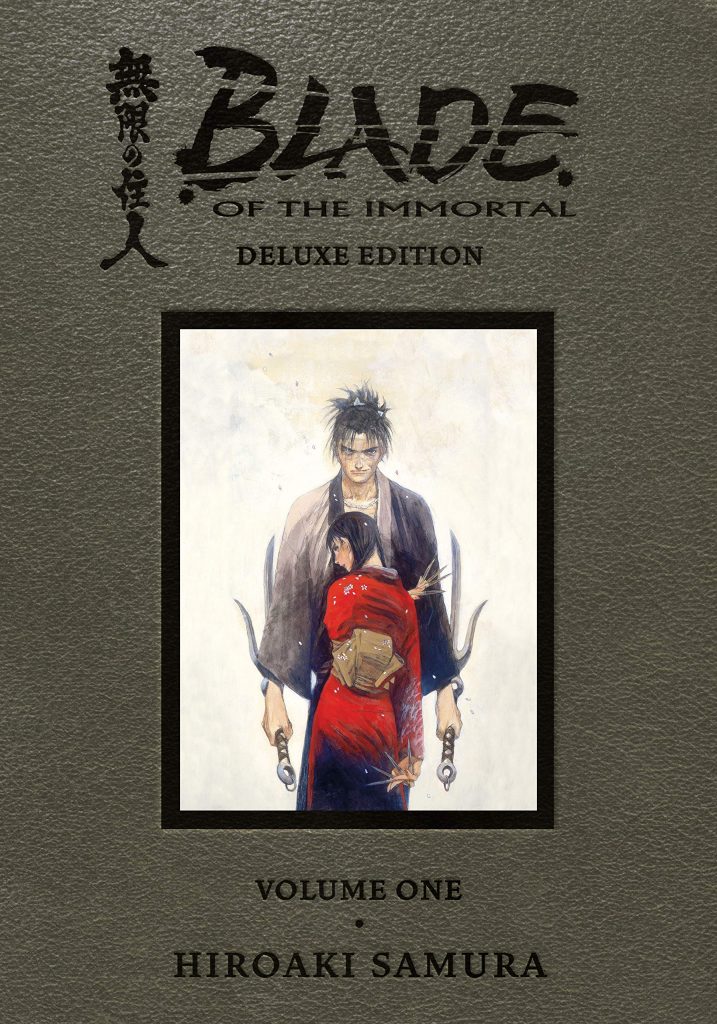 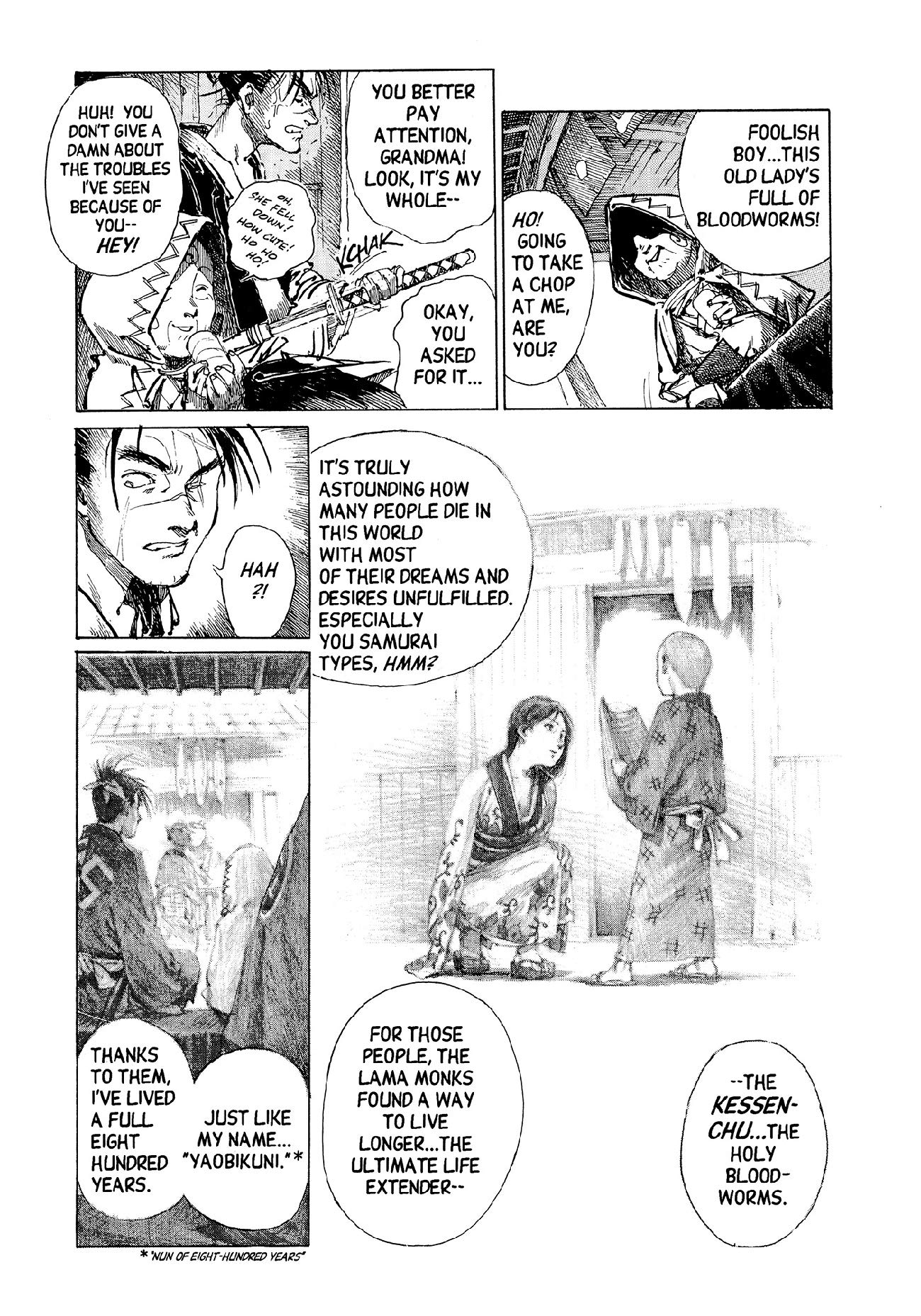 Blade of the Immortal is a monumental achievement to rank alongside the greatest comics, with the total of it better than the sum of its 219 chapters, almost none of which are individually unsatisfying. It’s a rich and complex drama with a strong core relationship between the immortal Manji and the young Rin, and a constantly shifting moral high ground, where shades of grey and immediate practicality predominate. It’s populated by numerous memorable characters, each given an interesting visual presence and a strong personality, using incredible bladed weapons that have the feel of period accuracy, but like all else have been created by the fertile mind of Hiroaki Samura.

It’s set in the late 1700s, a pre-industrial era when Japan was isolated from the remainder of the world, and one in which Samura knew several memorable and long-running Samurai series had already been set, so the ambition on his part was monumental. Manji is a master swordsman whose life is saved by an old woman who introduces bloodworms into him, mystical creatures that can sense when he’s badly wounded and rapidly heal those wounds. The properties are investigated in a memorable story arc some way down the line. At the same time the Ittō-ryū swordsmen are on a mission to close down all other sword schools that won’t adopt their more broad based methods. Among the dojos they target is that run by the teenage Rin’s parents, who are killed. It sets Rin on a path that sustains the series, initially spurred by wanting revenge on Ittō-ryū leader Anotsu Kagehisa. While providing the thrilling background, this content only begins to introduce the complexity that so frequently alters what we feel about some characters.

These Deluxe editions are hardcovers, printing the story at the same page size as it was originally seen in Japan, rather than digest size as previously. An obvious benefit is the greater splendour of the art. Samura is a master of movement, and the characters really sweep across the pages during the incredibly choreographed action sequences. Another benefit is the production, imitation leather binding and a bookmark. However, given this is a Deluxe edition, would it really have killed Dark Horse to restore the few grayscaled pages to their original colour form? Purists also quibble about the production process of re-pasting the panels page by page to create the front to back reading experience, as in the years since Blade of the Immortal first appeared in English we’ve become used to reading manga from back to front as the Japanese do. It’s as may be. If you read Japanese, invest in the original versions, if not the minor production differences aren’t going to impact in the face of what you’re getting.

It should be noted from the start that Blade of the Immortal features exceptionally bloody violence, and the consequences of it, so it’s not for the weak-stomached.

A ten volume set of this bulk may seem an intimidating prospect, but it’s infinitely rewarding. As a form of sampler, it’s worth watching Takashi Miike’s 2017 Blade of the Immortal film. Miike takes the cast on a skim through some primary plots, and while it lacks the philosophical depth, it’s true to the spirit of the series and the major players, with only a single scene really giving away one of Samura’s big surprises. Alternatively the same content has already appeared twice in smaller format books, initially as three slimmer paperbacks Blood of a Thousand, Cry of the Worm, and Dreamsong, and then combined as the first Blade of the Immortal Omnibus. 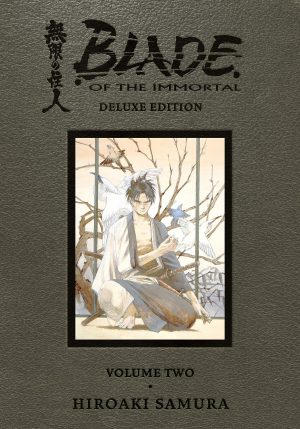 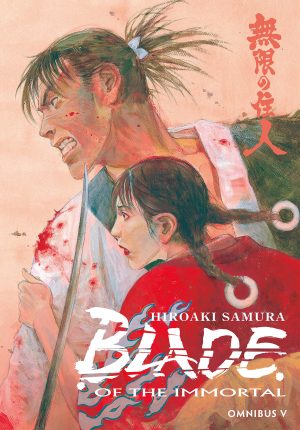