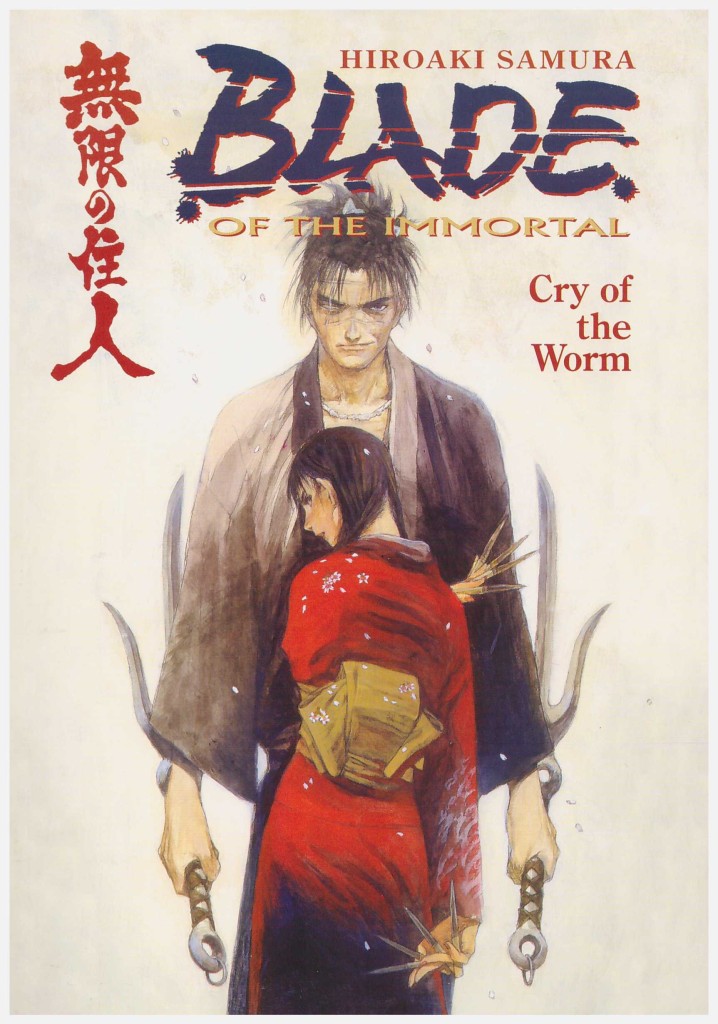 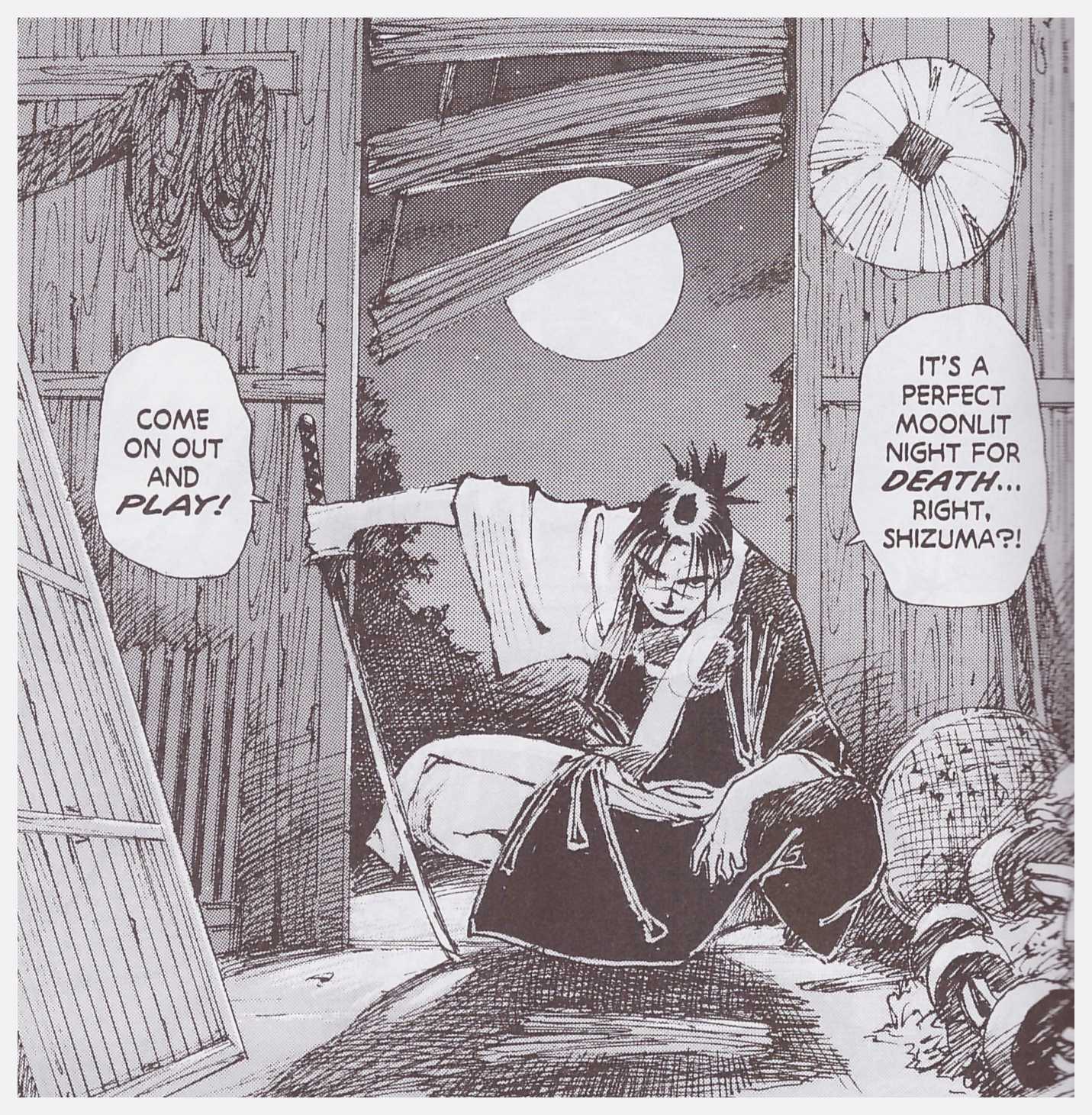 Before reaching the title sequence we have a short tale indicating just where Blade of the Immortal is heading. At face value it’s a bloody swordfight between Manji, who can’t die, but can be hurt extremely badly, and one of the Ittō-ryū swordsman Magatsu Taito. He’ll recur throughout the series, and is distinctively designed by Hiroaki Samura with spiky hair and his scarf pulled over his mouth in the manner of Bazooka Joe’s pal Mort. This isn’t just a battle, though, and begins the process of humanising the Ittō-ryū by explaining how Magatsu arrived at the views that shaped his life. It turns out his defining moment wasn’t too far removed from Manji’s. This shading of grey will be a recurring factor.

As mentioned during Blood of a Thousand, Manji’s immortality derives from small worms called Kessen-Chu that live within a body and rapidly bind what would otherwise be fatal wounds. This, though, isn’t a new technique, and Manji not the sole beneficiary. There’s also a poison that dissolves the worms, though that’s not easily acquired. Samura uses these devices as the means to dissect immortality, the worth of it, and price of it.

From that information the provenance of the title may appear obvious, but that’s actually a clever piece of misdirection. The replacement meaning is only revealed toward the very end, and ties in with the theme of the tale.

It can be said of pretty much any volume of Blade of the Immortal that there’s excessive violence, and we should be thankful the pages are black and white, but this is contextualised overall. It’s also stunningly drawn by Samura, with whizzing speed lines and the final combat concluding with one of his ornate spreads.

By the end of the proceedings Rin and Manji have learned some valuable information about the leader of the Ittō-ryū and the series continues with Dreamsong. That, this and Blood of a Thousand are also combined as Blade of the Immortal Omnibus 1.