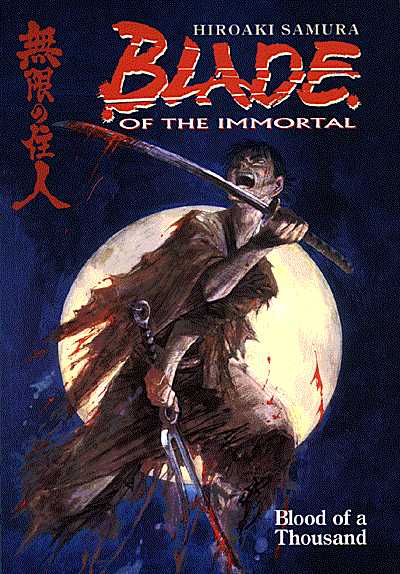 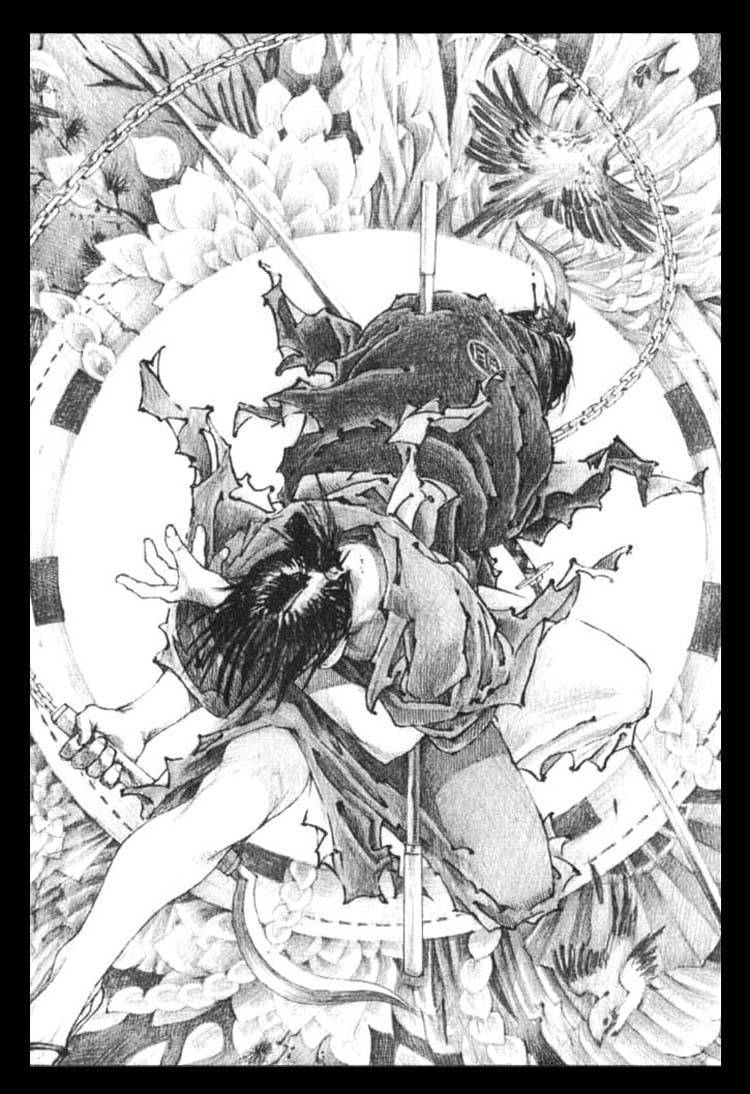 Blade of the Immortal is a superb series, transforming from the excellent straightforward adventure presented in this opening volume into a fabulously shifting miasma of moral conflict.

We’re introduced to several people who’ll feature throughout, the lead character being Manji. He’s best described in superhero terms as an equivalent to Deadpool or Wolverine, a savage, trained fighter possessing a moral ambivalence who also has an incredibly rapid healing ability. This is all the more astounding in feudal Japan of the 1700s, yet Manji views his immortality as a curse, one that will only be lifted after he’s slain a thousand evil men to atone for the hundred good men he’s already slain in the service of duty.

Shortly after he’s arrived at this decision he meets Rin, two years following the massacre of her parents by adherents of a samurai school called Itto Ryu, determined to prove the worth of their form by wiping out all other dojos. In their brief appearance here Hiroaki Samura designs several stimulating characters who match any superheroes for visual eccentricity and distinction, and some will recur throughout.

Reluctantly at first, unsure of the line between good and evil based on a single perspective, Manji agrees to accompany Rin, and the story takes off from there.

Samura applies a sly sense of humour, firstly in attempting to restore what we now know as the swastika to its pre-20th century symbolism. Manji adopts it as his own iconography, and at one point carves the shape precisely as he decapitates an attacker’s head. Blade of the Immortal is extremely violent throughout, often in balletic fashion and beautifully so. It’s not a feature of this opening volume, but throughout the series sequences of pages at a time are given over to lovingly rendered combat.

Blade of the Immortal isn’t a series for the faint of heart in other respects. Samura applies horror aspects to create one memorable grotesque, and when you have a hero who can’t die he can be subjected to all kinds of grisly procedures. Samura also characterises his work by dropping in full pages, ornately decorated, resembling nothing so much as action laid over a complex Japanese tattoo pattern.

It’s not apparent from this already excellently crafted story just how complex Samura’s masterwork is going to become over the following books. He deals in motivations, justifications, shades of grey and shifting sands, and the circumstances it takes to alter perception. Blood of a Thousand, though, is a fine introduction and the series continues with Cry of the Worm. Both are now collected along with Dreamsong in the first Blade of the Immortal Omnibus. 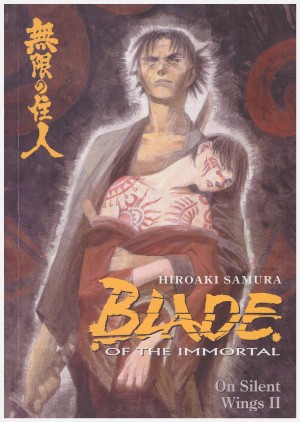