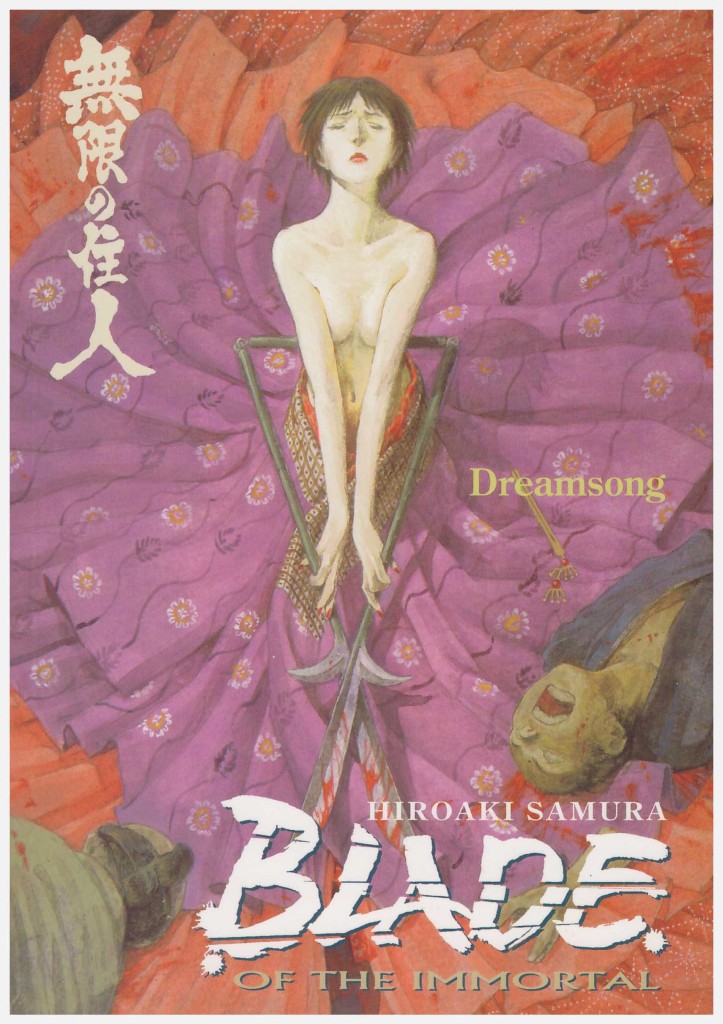 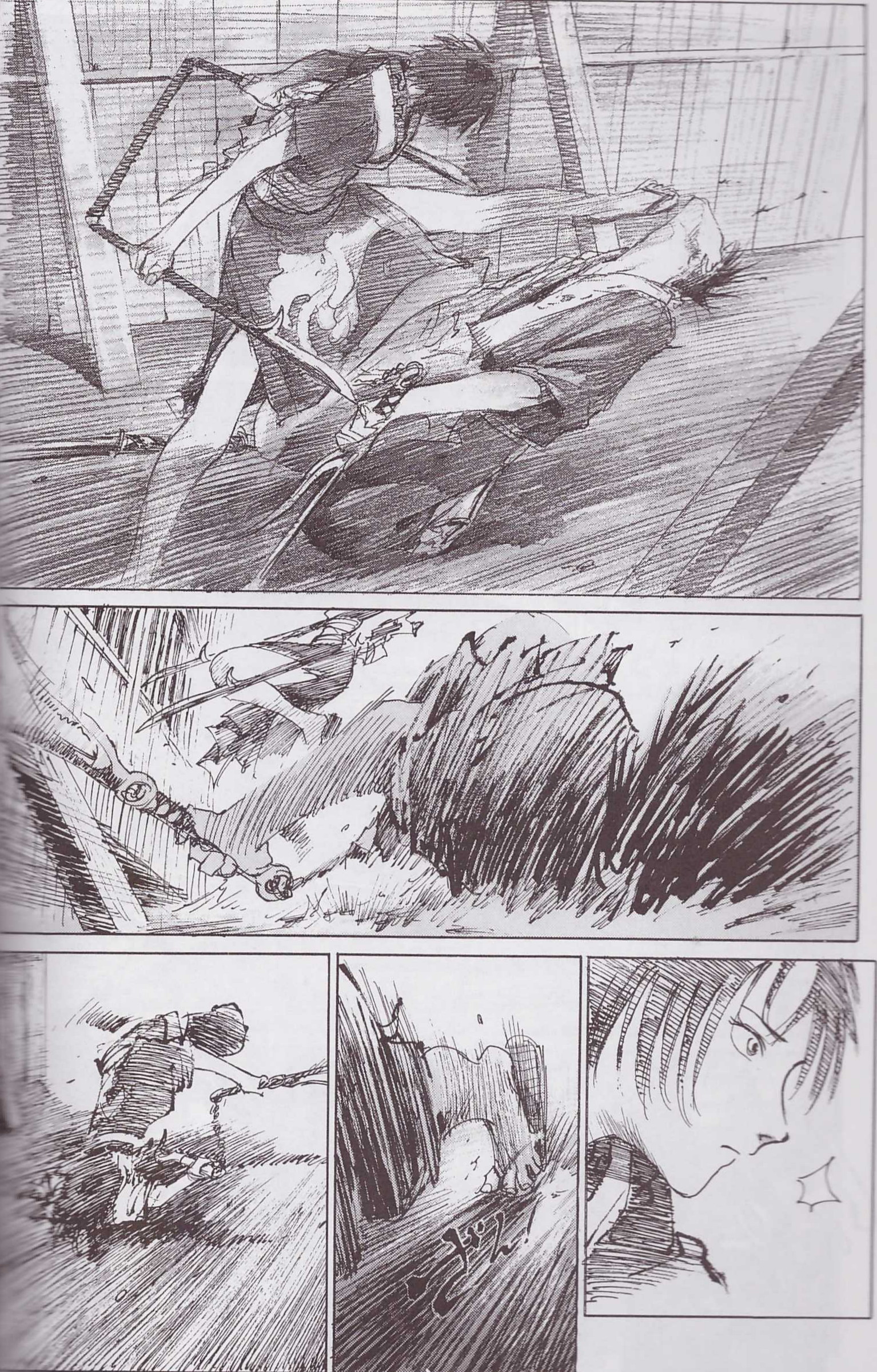 By this third volume Hiroaki Samura has confidently set up his central premise. The naive sixteen year old Rin has contracted master swordsman Manji to enact her revenge on the leader of the Ittō-ryū dojo, Anotsu Kagahisa, who two years previously murdered her parents. Manji is coarse and a killer, but one on a path of redemption, aided by a curse that prevents him from dying. Cry of the Worm delivered a possible clue as to Anotsu’s future whereabouts.

All three of the above are involved, but Dreamsong is primarily the tale of the tormented and tragic Makie Otono Tachibana. She’s also supremely proficient with swords, better than Anotsu himself, and possibly better than Manji, although that doesn’t at first appear to be the case. Her infatuation has prompted wrong-minded life choices, and any form of redemption for her appears a distant possibility.

Samura uses various techniques to distinguish his story, one of them being black-bordered pages to indicate scenes set in the past. A significant sequence here focuses on Anotsu’s brutal upbringing, also involving Makie, and exemplifies the depth and moral quandries Samura invests in the series. Until this point, over two books, while not often seen, Anotsu has been painted as blacker than black. We now learn there are far worse than him, hiding behind honour as justification for all kinds of cruelty, and consequently what shaped Anotsu’s desires.

The final 82 pages are an almost continual sword fight sequence punctuated by occasional brief interludes. That may sound dull, but the way Samura draws his combat renders it anything but. He employs the manga technique of excessive speed lines to tremendous effect, rendering his combatants in balletic blurs of motion undergoing a series of near fatal incidents. He’s also inventive with regard to the weapons used. An interview in Blood of a Thousand reveals these are his own designs rather than the result of detailed historical research. Those interludes are significant not just in terms of what the characters are experiencing, but they also feed into the ethos of the series as a whole, which is one of constantly prodding at ethics and motivation.