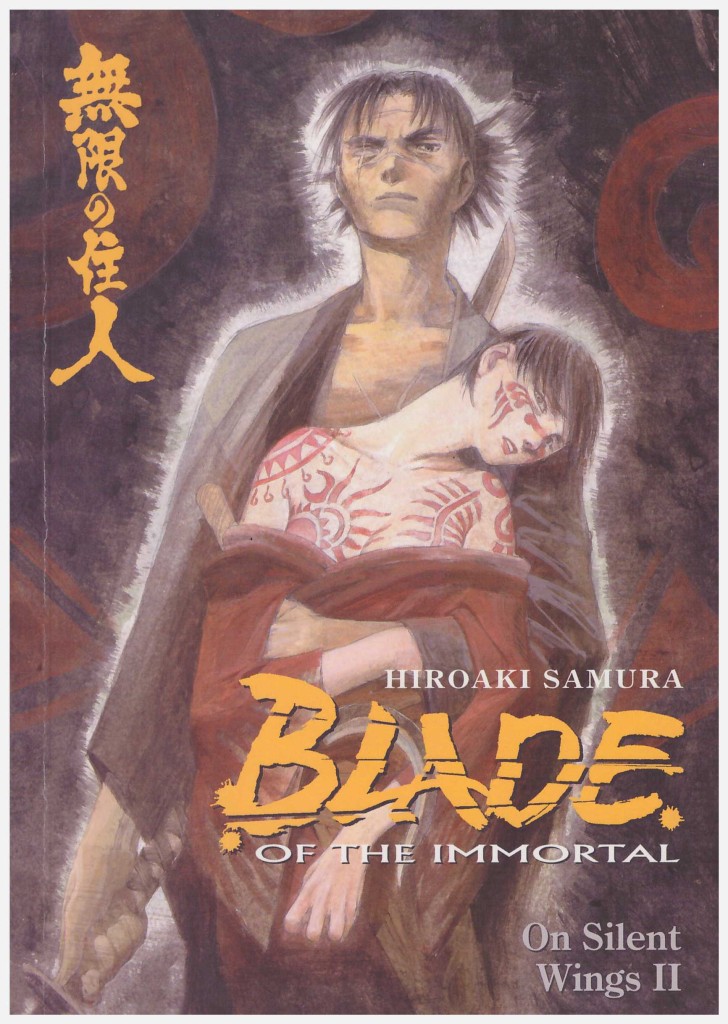 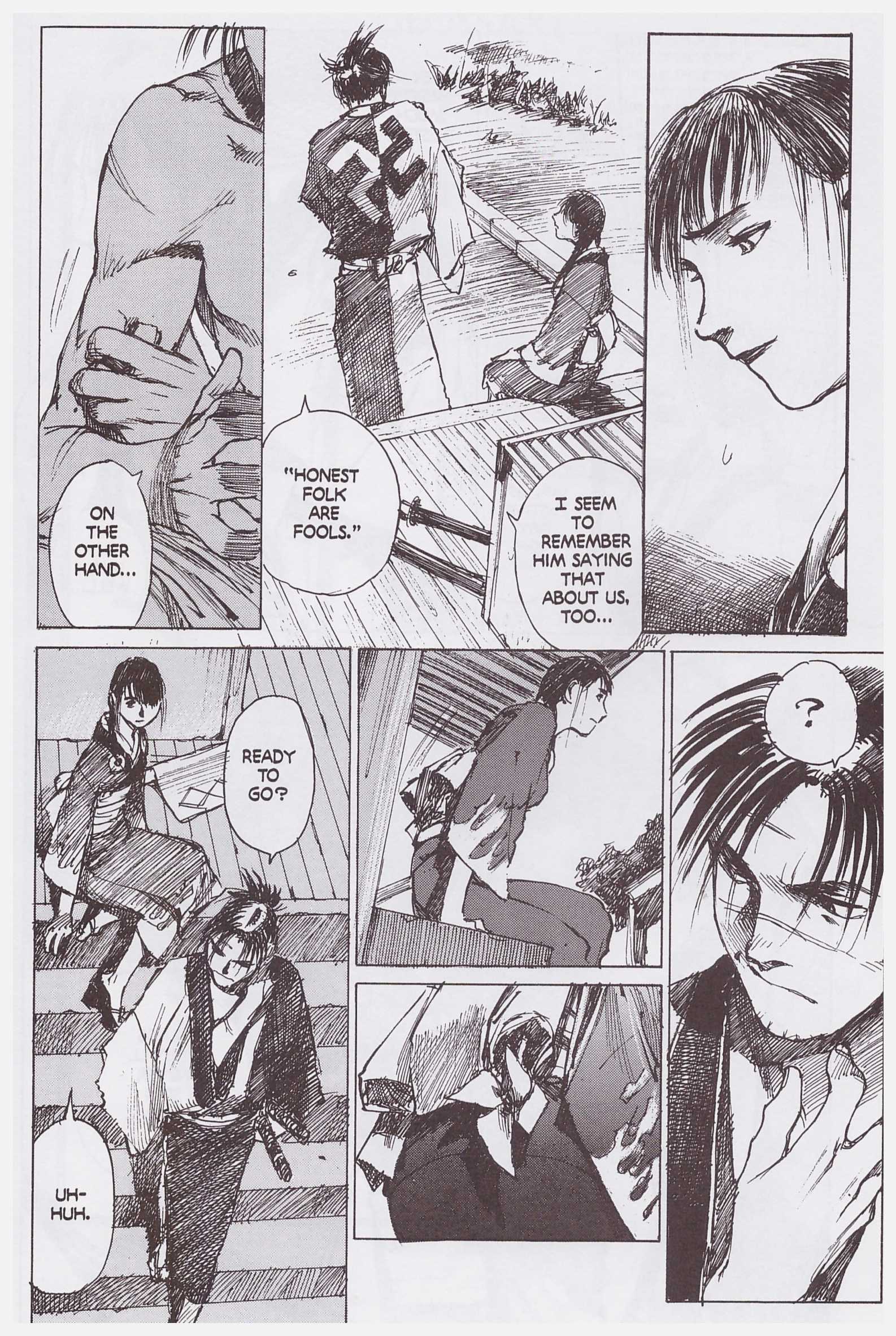 In the previous book Rin and Manji attended a festival where they separately met a craftsman selling decorative masks and his young son. Rin extricated the son from what could have become a life-threatening situation, and Manji almost ended up in one also as the mask painter turned out to be a member of the Itto-Ryu, still being hunted by Manji and Rin.

That was the first part of On Silent Wings, and this conclusion is even better. With the exception of a pair of flashbacks and an epilogue, the entire book is set within the confines of a single room, that of the artist Araya Kawakami. As with much of Blade of the Immortal, a considerable amount of dialogue precedes action sequences, although those for whom the latter are a priority are hardly short-changed. Rin knows who Kawakami is, and has a distinct memory of the atrocities he committed in the past. In connection with that Hiroaki Samura supplies an extended version of events presented in the opening book Blood of a Thousand. It again shifts the sands, presenting one character in a far better light, and diminishing another.

The extended prelude to what’s an inventive fight in close quarters covers considerable ground. There’s the burden of hate, the redemption of forgiveness, the consequences of unfettered revenge and the masks we all hide behind to one extent or another. Absorb and discuss. This may paint a picture of tedium to some, but these types of philosophical quandries are enveloped in personal circumstances with direct consequences, and this underpinning applies a consistent tension. Samura paces his story well, knowing when to break-up a discussion with an interlude or flashback, and this is combined with some deft plotting.

Artistically Samura is stunning. His faces seem very simple, yet the lines achieve the highest emotional complexity. Early in the second chapter there’s a beautifully delivered visual hint about which way things will turn, and Rin’s innocence is consistently well depicted. It’s a rare artist who can invest equal weight in both action and characterisation, yet Samura does so consistently.

Occupying roughly a third of the book, the combat sequence is over-extended. There aren’t enough twists to merit the length, although the suspense engendered by an inevitability seeded earlier is dragged out. What comes beforehand, though, is among the best of Blade of the Immortal to date. It continues with Dark Shadows. 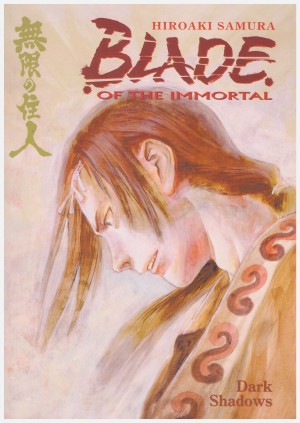 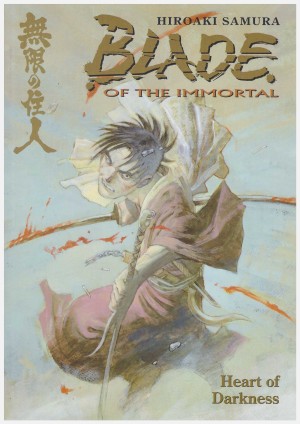 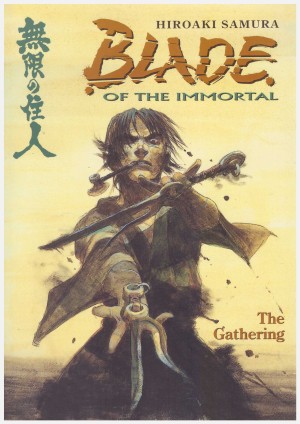 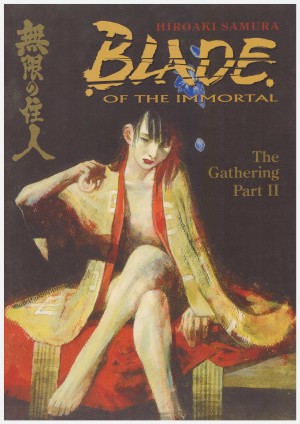