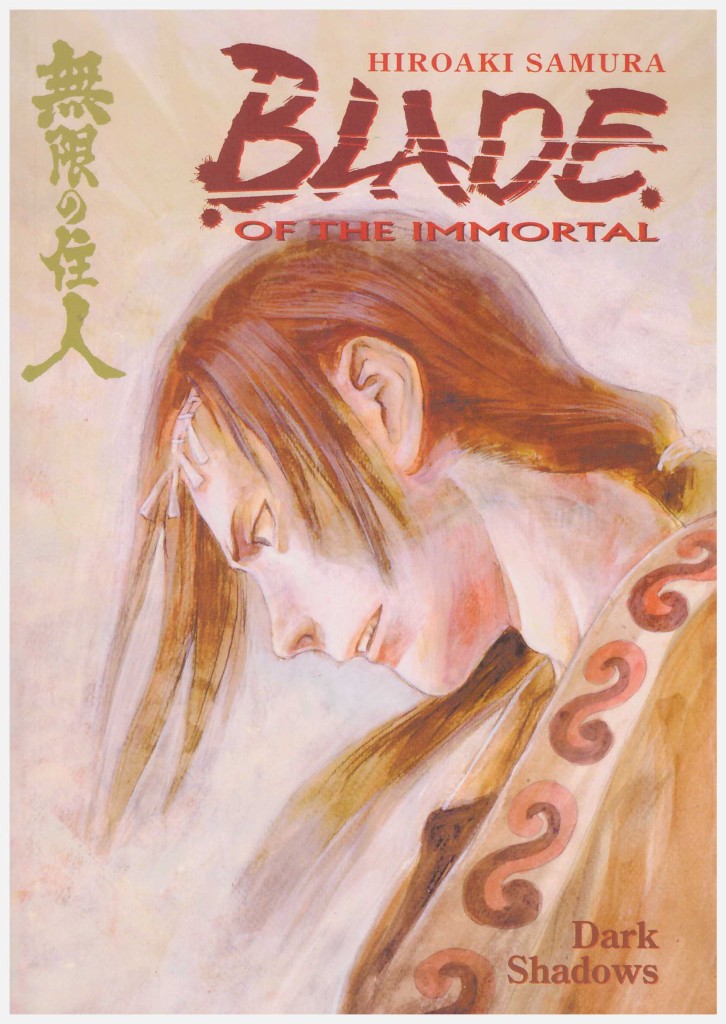 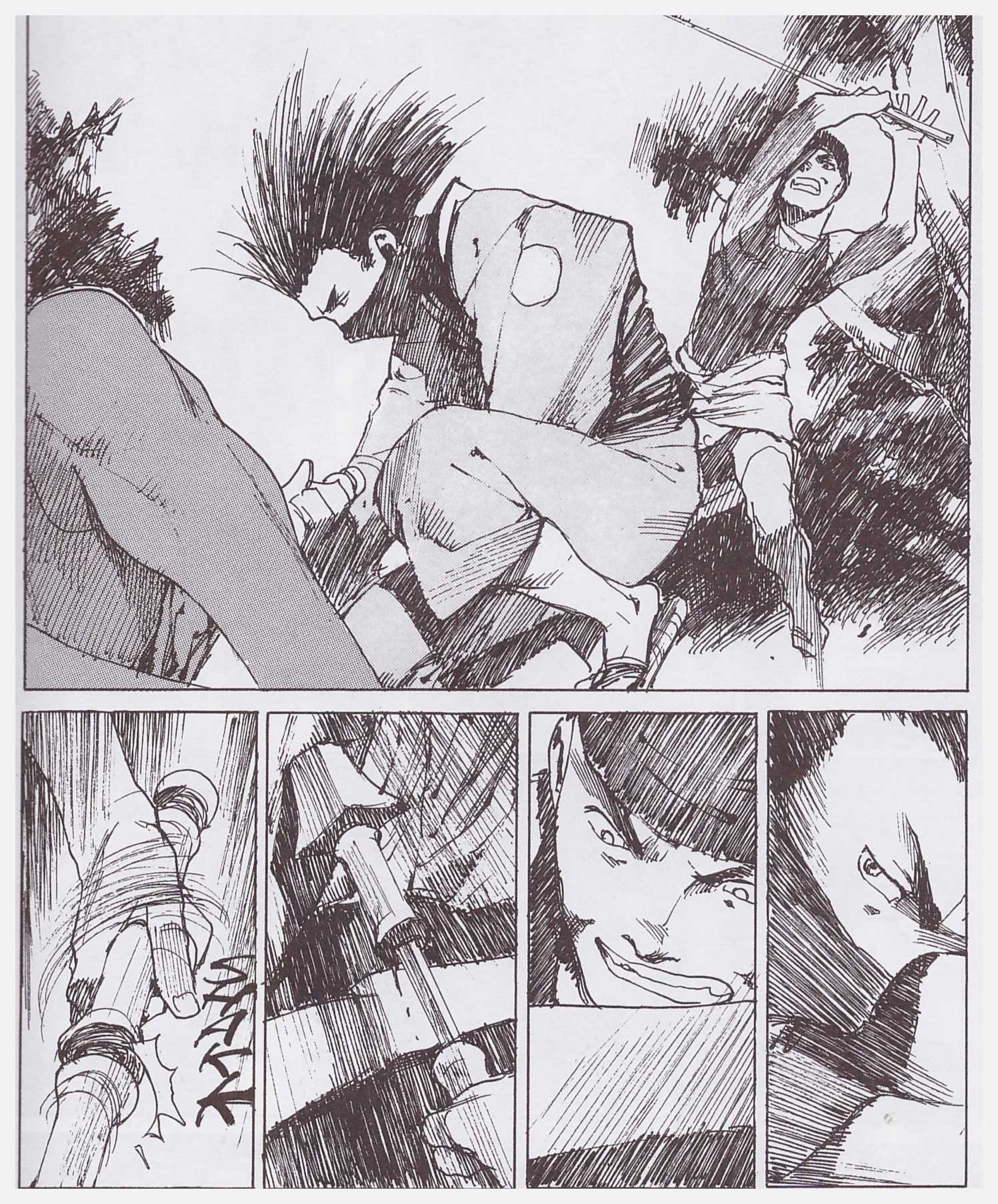 Every volume of Blade of the Immortal contains a glossary. This features Japanese terms that if translated in comprehensible fashion, which would often require some context, or presented as footnotes, would bring the story flow grinding to a halt. It’s a useful solution, and will probably require more consultation than usual over the opening pages as the unfamiliar terms flow thick and fast: kenshi (swordsman), sageju (a serving girl using her job as a pretext for selling sex) and shihan-dai (a swordsman skilled enough to teach in place of a school’s master).

Dana Lewis and Toren Smith are the series translators, and they achieve a high standard throughout. Hiroaki Samura deliberately sets an anachronistic tone by using modern day terminology, and Manji has a very distinctive dialogue pattern. The explained reason for this is that Samura felt adhering strictly to his period setting was a limiting factor. He wanted to use the series as a vehicle for philosophical discourse, and simultaneously having to ensure disciplined historical accuracy would require time better spent on other matters. It would be enough to suggest.

The same attitude applied when it came to constructing the weapons seen in the series. A decorative and creatively utilitarian selection are seen throughout and few have any basis in historical accuracy. A character featured early and seen again uses a form of bladed clasp on a chain that he hurls from a distance to lock around a victim’s neck with devastating effect, for instance.

Samura takes a risk here, gambling that the extended cast of characters he’s introduced now have enough appeal to sustain almost half the book with no sight of Manji and Rin. We learn that the Itto-Ryu sword fighting school is on the verge of making a substantial deal, one that will considerably elevate their status, but not an offer where refusal is an option, and also that some equally capable people are targeting their membership. A sequence here in which Magatsu departs the Itto-Ryu can later be seen as a fine piece of plotting on Samura’s part, and his introduction in this volume is superb.

We learn a little more about those targeting the Itto-Ryu once the focus returns to Rin and Manji consolidating after a close escape in On Silent Wings II. This is an unsettling chapter in which the altogether unpleasant Shira is prominent. That we’ve already seen his approach, tying in with a theme of the book supplies an undercurrent of menace to what would otherwise seem a logical and reasonable offer.

The next volume is Heart of Darkness. Both contain the material that won Blade of the Immortal the 2000 Eisner Award for Best US Edition of Foreign Material.