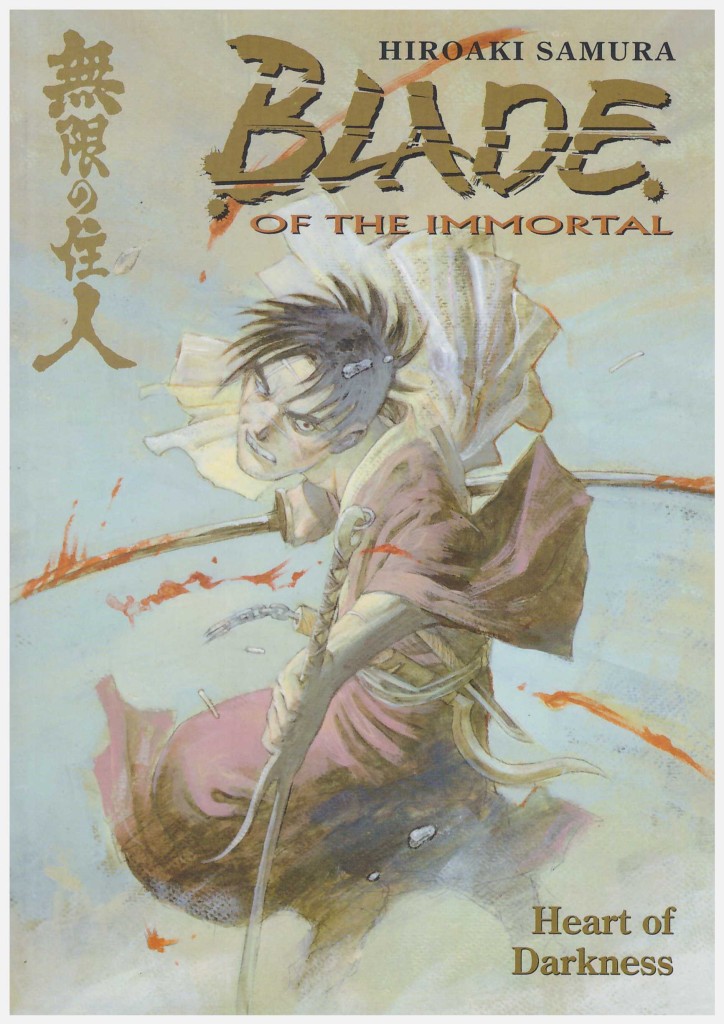 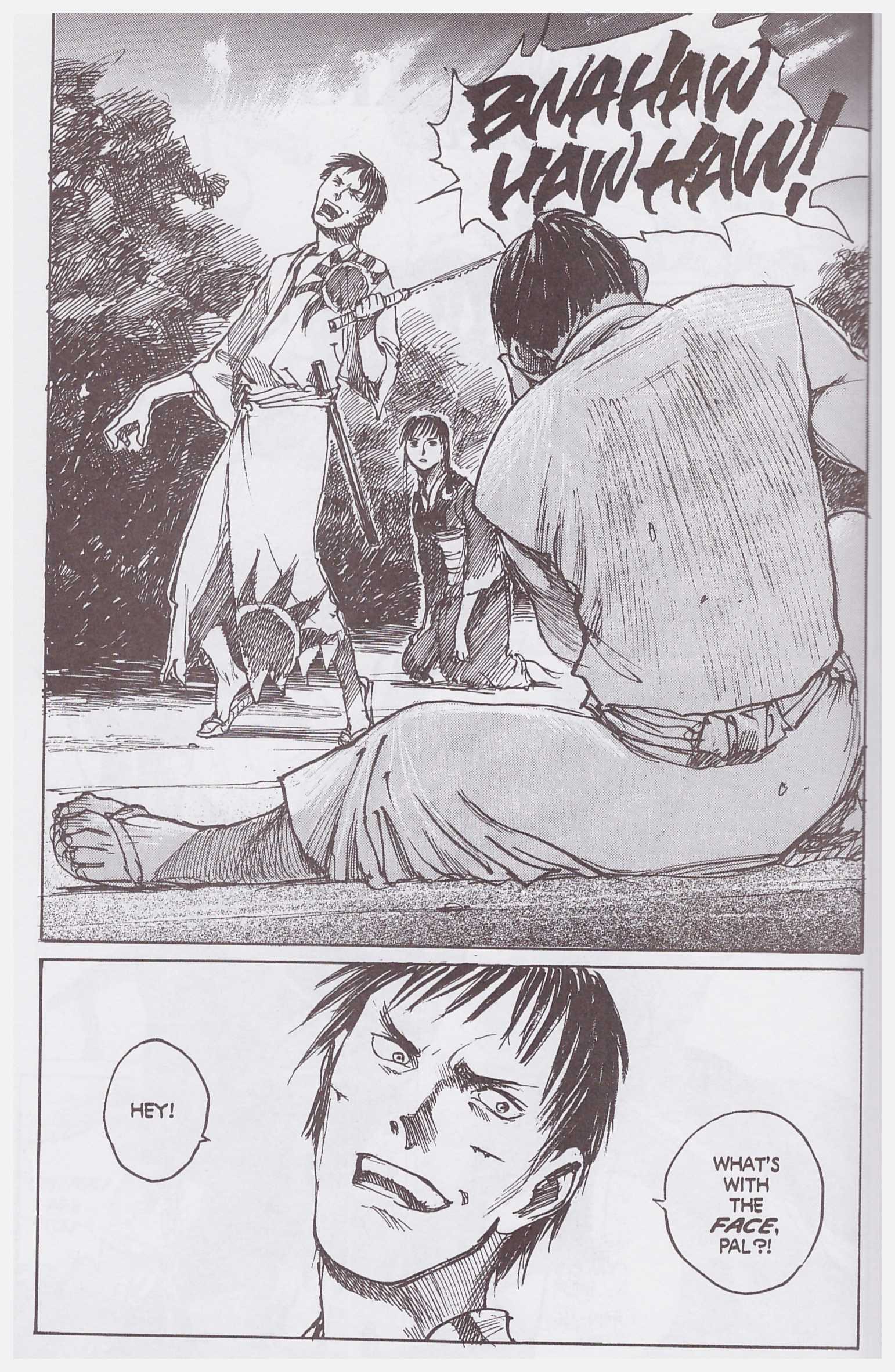 Manji and Rin have made the acquaintance of Shira, seemingly deadly, certainly cruel, yet a possible ally as he’s revealed others have now targeted the Itto-ryū, and suggested a window of opportunity for dealing with their leader. The opening sequence here is Manji sounding out his possible new allies, and that’s followed by a few pages in which Rin is befriended by their leader Hyakurin.

On one level it’s a charming bonding sequence, but having already been introduced to Hyakurin in Dark Shadows there’s a finely fostered undercurrent of tension. For all Rin’s resilience and rapid progress, she’s still sixteen and naive.

Much of Heart of Darkness is a game of cat and mouse. It’s known the leader of the Itto-ryū, Anotsu, wants to leave the capital, but to do so he needs to pass through a checkpoint, and it’s unlikely he’ll be achieve this without being arrested. Under normal circumstances, that is. Rumours circulate as to how intends to leave, and Manji and his new allies lie in wait.

This is a far more explicit volume with regard to violence than any since the first, and it lacks the obvious tongue in cheek approach applied to Blood of a Thousand. It’s not, however, gratuitous. Circumstances require Rin to accompany Shira, and it’s through her eyes that we see him as an example. Supremely talented and arrogantly cruel, he’s held up as what Manji could have become had he not turned toward repentance. Shira revels in what he is, and it’s relentlessly unpleasant.

Hiroaki Samura continues to confound expectation. Not much has been settled by the final pages, so we look to the two parts of The Gathering for further progress, as it occurs much of the previous four books appear to have taken place over a period of less than a week.

The content of this and Dark Shadows picked up the 2000 Eisner Award for Best US Edition of Foreign Material.