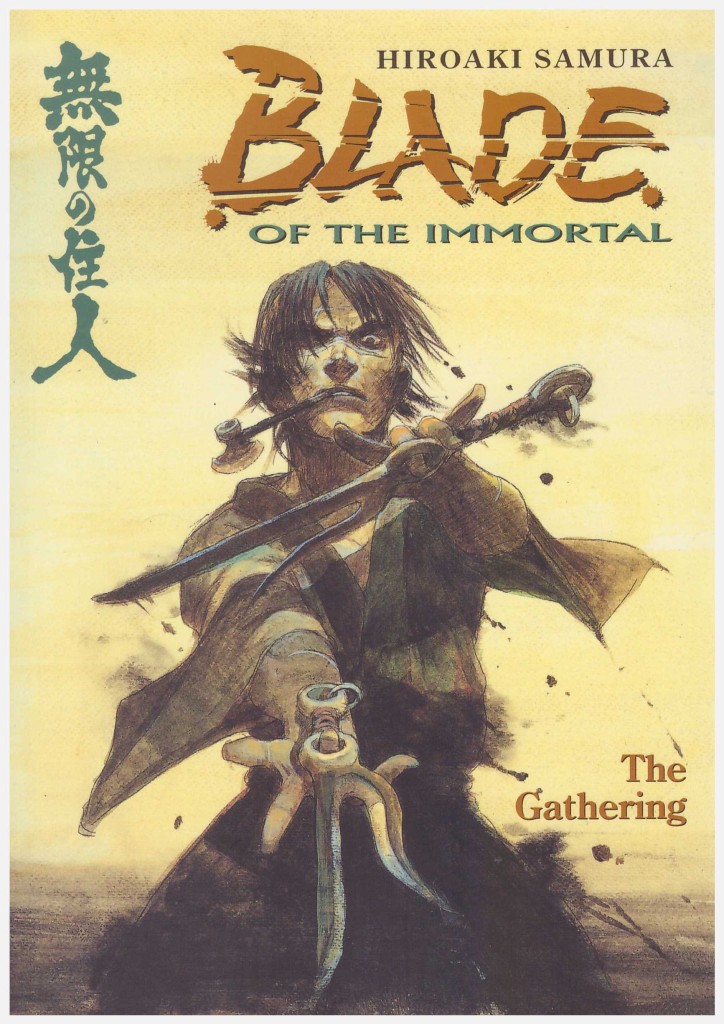 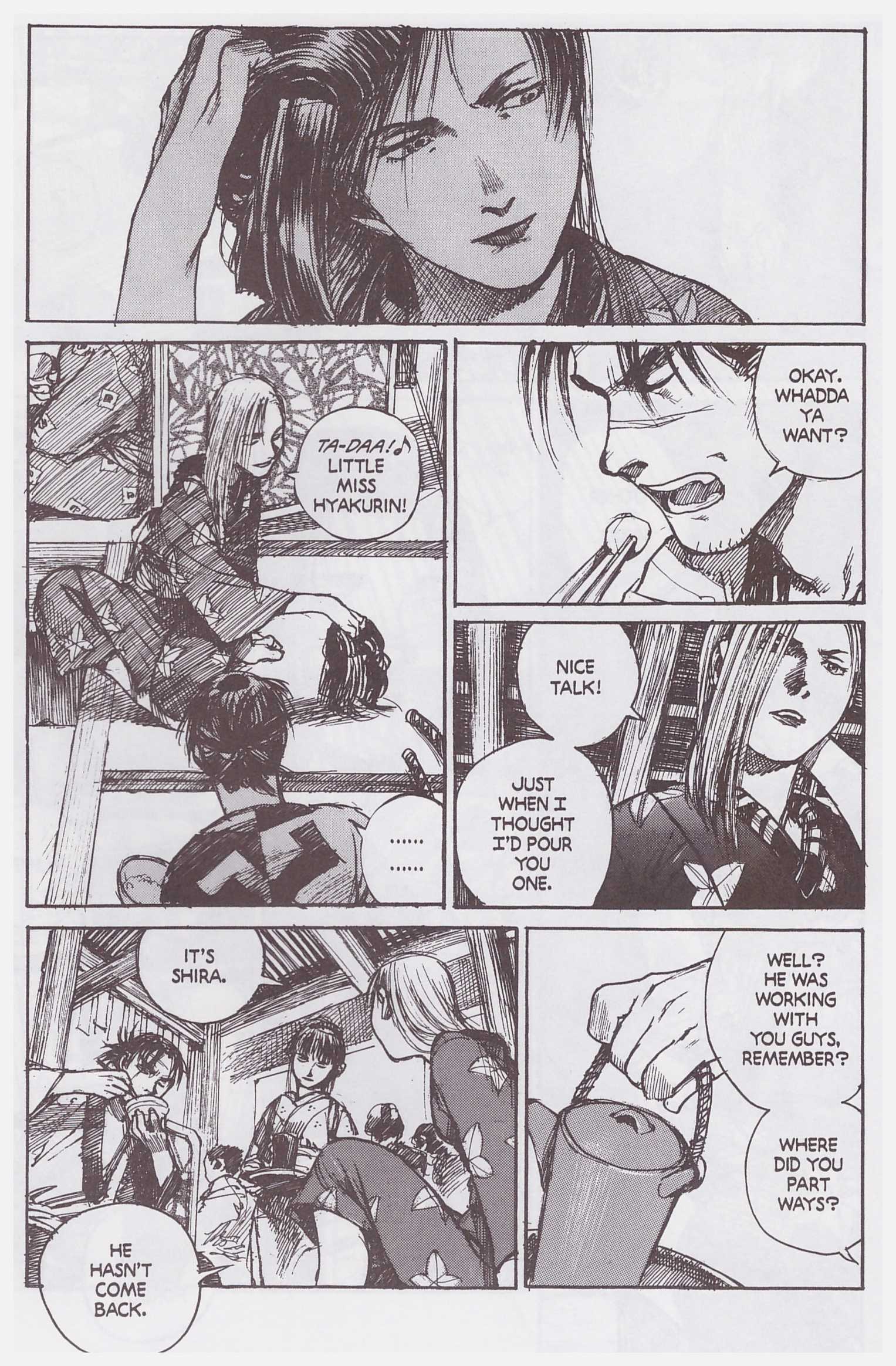 As far as the over-arching story of Blade of the Immortal goes, this is very much marking time. On the other hand, considering the excellence of the series overall this doesn’t mean Hiroaki Samura is short changing us when it comes to a full dose of plotting and tension.

The primary issue for many is being able to cross checkpoints for travellers between towns, where papers are inspected and the wanted apprehended. The penalty for attempting to cross illegally is execution. It’s known that Anotsu Kagahisa, leader of rogue swordsmen the Itto-Ryu intends to do so, and plenty of people are looking out for him with deadly intent, but to date he’s evaded them all. Meanwhile Manji and Rin’s situation is inordinately complicated by a legacy of their dealing with Shira in the previous Heart of Darkness.

Adding confusing to the mixture is Hiyakurin, leader of the Mugu-Ryu, a well-funded and well-informed organisation with a specific brief. Manji has seen through their supposed independent bounty-hunter pose, but hasn’t figured out who they really work for.

It’s only in the final fifth of the book that we come to an all-out action sequence, and Samura doesn’t disappoint. His protagonists are visually distinctive, and their attitudes and weapons are also striking. This, in fact, is the first book since the opening volume with bonus material beyond a glossary, as Samura illustrates and expounds on the weapons used in the series. As is often the case, Samura devises a method of ensuring Manji’s prodigious fighting talents are blunted, if not nullified, and this is a cliffhanger ending. It’s rather a shocker in fact, which should take you immediately in the direction of The Gathering Part II. Additionally, Manji’s supposed immortality is put to the test in gruesome fashion.

The considerable tension derives from Rin, now separated from Manji and coming to regret her decision to do so. Under normal circumstances her passage through the checkpoints would be unhindered, but Samura’s created an effective stumbling block and a possible solution. That also plays out in the next volume.