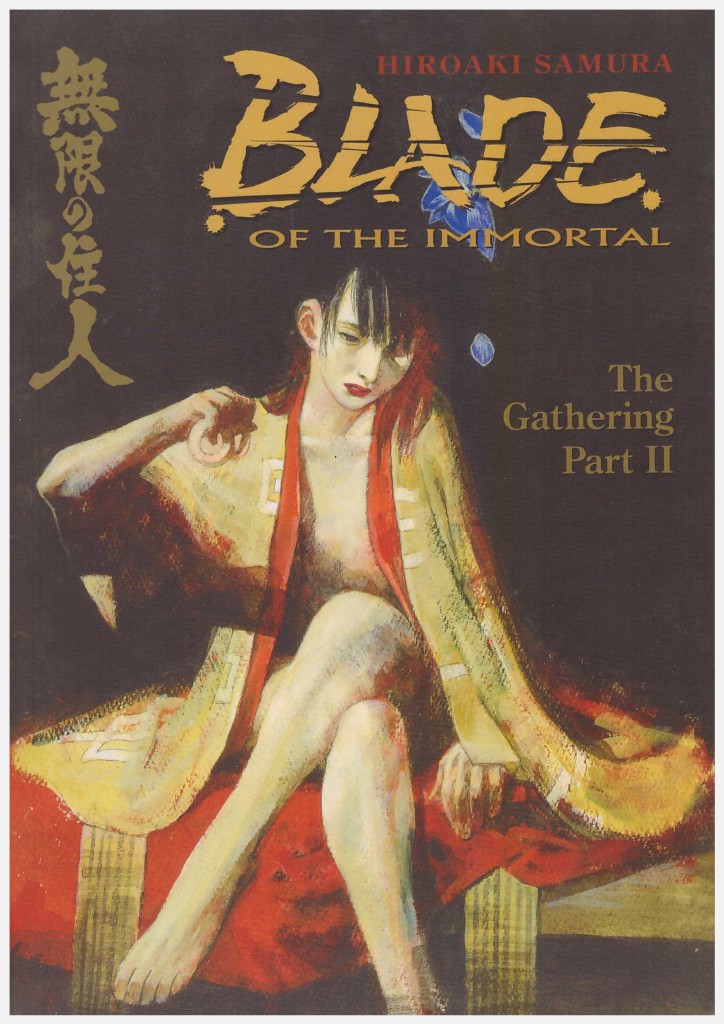 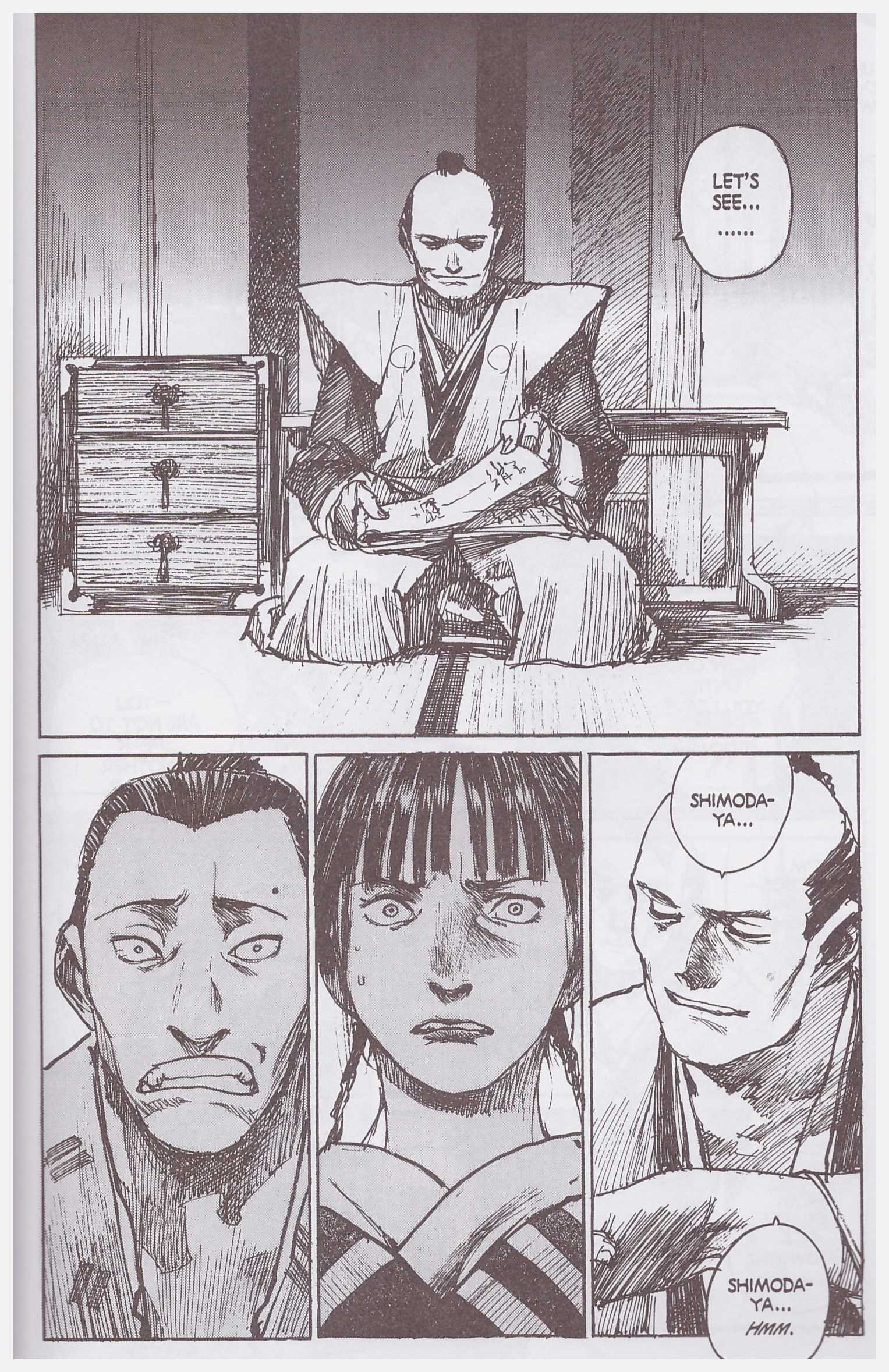 Naturally enough, The Gathering Part II opens with a continuation of the combat sequence that closed the previous book. Adding all the pages together, it’s as sustained and brutal a fight sequence as any presented in the series, yet for all that it makes for a relatively rapid read. Hiroaki Samura is inventive with both his combat techniques and injuries, and it’s not only Manji from the already introduced cast who’s involved.

Dark Horse received specific instructions from Samura that he didn’t want the artwork flopped in order that it read more easily in Western format from front to back. Every volume contains an explanation regarding how the pages are cut and re-pasted to accommodate this. For the most part this makes no difference to anyone other than those familiar with the original art, and when panel to panel continuity is compromised it’s generally only minor. Here, though, there are some problems with following the course of the battle, and additionally a couple of places where Samura’s drawn a scene in close-up and it’s difficult to actually make out what’s represented. These are by no means anything significant, but more noticeable here than in previous books.

Most of the remainder is a combat of a different sort, one reliant on quick wits, good memory and verbal dexterity. In order to pass through a checkpoint on the way to Kaga, Rin has to masquerade as someone else, and the person she’s with has already been punished for attempting to smuggle unauthorised people through the checkpoint. It’s a completely contrasting form of narrative tension, yet one every bit as compelling as the out and out fights.

The end of the book sees Manji separated from Rin, and from other significant items, for the first time since the beginning of the series. Both are in relatively perilous situations, which makes the title of the next volume, Secrets, all the more enticing.