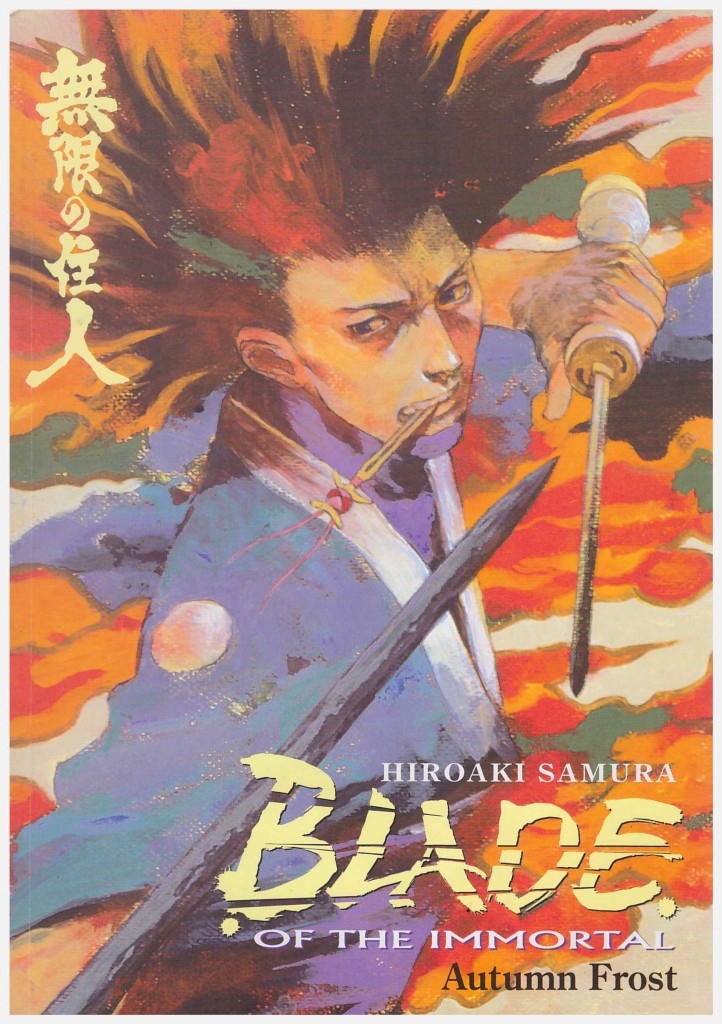 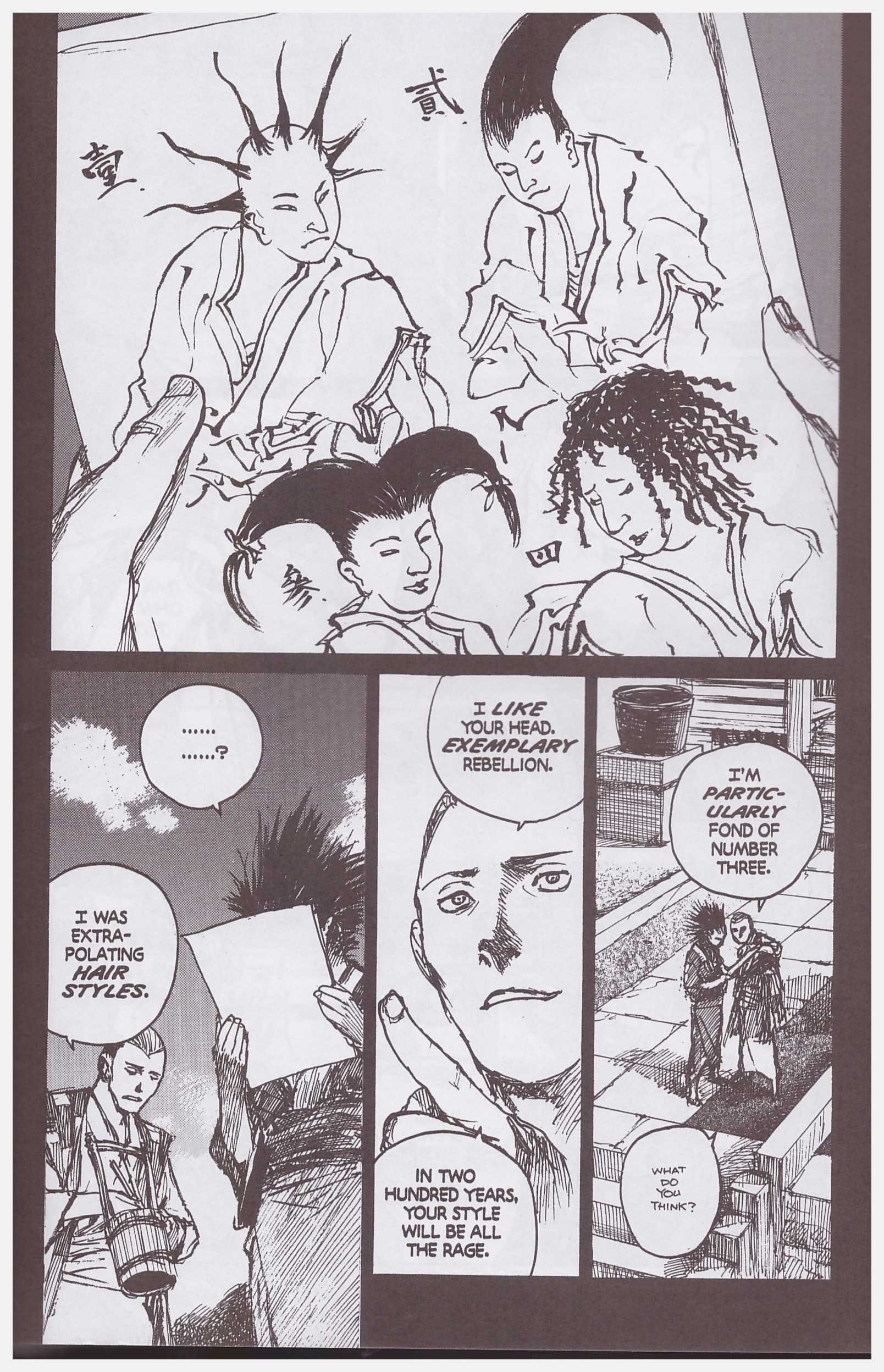 That necessity creates odd bedfellows is hardly an original observation, but the originality here is the manner in which Hiroaki Samura constantly shifts the sands beneath the feet of his cast. Manji is now separated from Rin, has some unfinished business with the sadistic Shira, and so does Magatsu, latterly of the Itto-Ryu dojo and once Manji’s sworn foe. Another adage that applies concerns the enemy of one’s enemy being a friend.

As far as the cast so far introduced goes, either Manji or Magatsu running up against Shira is Thor vs the Hulk. While not prominently featured since their brief set-to in Heart of Darkness, Shira has lurked for a few pages each volume since, and was instrumental in setting in motion the atrocities of the previous Beasts, although Manji is unaware of this. It might be assumed that Shira would be at a disadvantage, but Samura compensates in masterful fashion, and in a manner entirely consistent with Shira’s irredeemable character.

Almost two-thirds of the book is combat with brief pauses, a technique Samura has long mastered. It extends the tension, and he consistently puts an incredible amount of thought into the battlegrounds, displaying how certain locales play to the strengths and weaknesses of the participants. The illustration is, as ever, stunning, and there’s a bold move ending the battle sequence with a single image, simple and shocking, that tells us what we need to know. It’s a method repeated under different circumstances with the book’s final image.

It’s not been mentioned in the reviews to date that Blade of the Immortal is often very funny. Samura shuns the manga standby of grossly exaggerated cartoon response on all but very few occasions, preferring to maintain a naturalism, so most of the comedy comes from the dialogue. As previously noted, this is deliberately etched in modern idiom, and well translated into American English by Dana Lewis and Toren Smith. Manji is sardonic and cynical, able to see the humour beneath the bleakest cloak, and his bravura up for it characterisation leads to several funny moments. These are usually coupled with gasps of disbelief.

In other sequences we have a one-sided love story, brief hints of what’s to come, Rin in pretty poor shape and the continuing softening and moulding of Anotsu. These are all continued in the following Mirror of the Soul, in which Manji is again all-but absent.